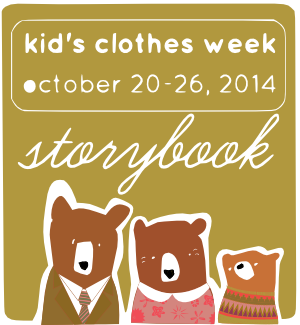 Sewing and taking good pictures during KCW, I just don’t know how others do it.  I’ve been sewing according to plan but pictures?  Two rainy days in a row (i.e. crappy light), tired children, tired mommy, no styling plan…  The pictures just aren’t good but they’ll have to do for now at least.

This time around, I didn’t have the time to prepare beyond planning.  Usually, I try to get all patterns and most of the fabric cut out beforehand. Then, I can just get on with sewing.  That just didn’t happen this time.  So it’s going a little more slowly.

Monday and Tuesday, I worked on that cape from the Oliver + S book, Little Thing to Sew.  Souricette 1 has the cape I made her for PRP that she can wear with her Elsa dress for Halloween.  Souricette 2 chose Anna’s green gown so she needed a cape too.  Green.  I couldn’t find green wool melton but I did have some green twill leftover from my pants.  Not enough, according to the pattern but it’s wider so maybe it could work? 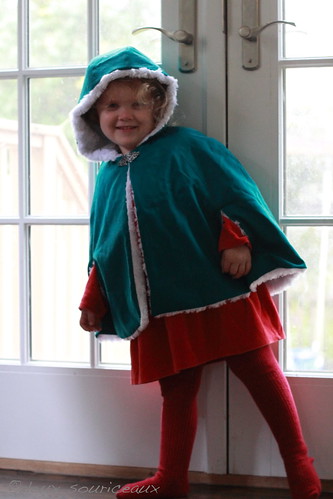 It did!  I was hoping to finish up the twill but nope.  I still have enough for a kid sized skirt, maybe even a dress!  The lining is atrocious polyester furry stuff.  As soft as my cat and not too hard to sew.  But the fluff!  To be fair, once sewn up, it doesn’t seem to lose any more hairs but when you cut it… Aaaagggh! But it’s soft, I’ll give it that. 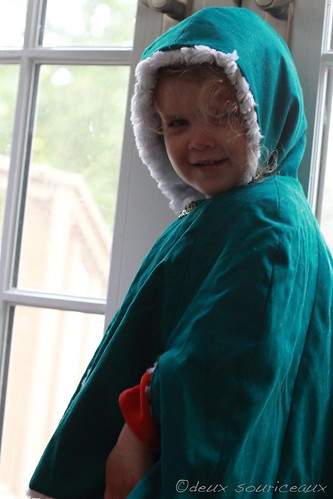 Wednesday and Thursday, I worked on a pair of skirts.  Again, I was hoping to finish up the butterfly denim but I still have enough for a small project! 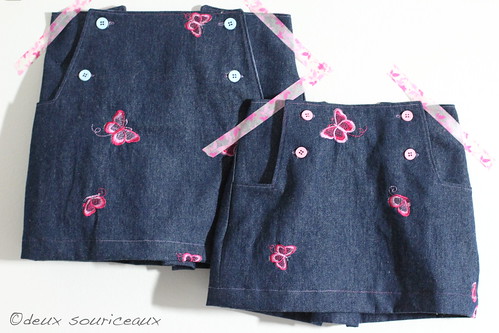 The pattern is the sailboat skirt from Oliver + S.  A size 3 and a size 6.  I used pink cotton and blue chambray for the facings and side panel linings.  I also used the same ombré thread that I used before.

Hopefully, I’ll be able to get one T-shirt done Friday and Saturday and some mending on Sunday…