I’ve been spending a chunk of my time on testing for Jennuine Design lately.  Testing not one but three patterns!  It’s work but it’s fun.  I’ve said it before and I’ll say it again.  I get a lot of satisfaction from testing patterns.  It isn’t about getting to sew up a pattern before it’s released.  It’s about working towards a common goal, feeling like I’m making a contribution.  And then, any success the designer has makes me proud. 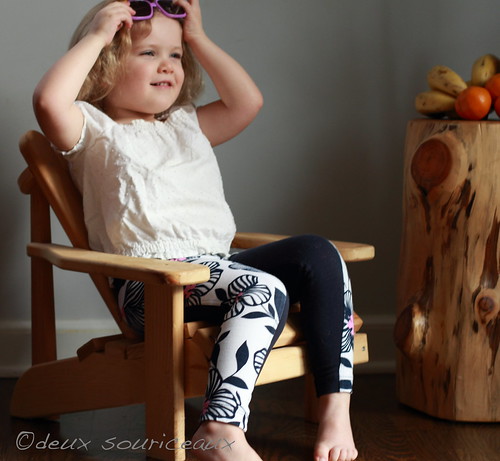 Back to these three patterns.  They’ll be released in early February and I’ll post some more about them at that point.  In the meantime, I took the time to take some pictures of the first one.  The Dressage Leggings. 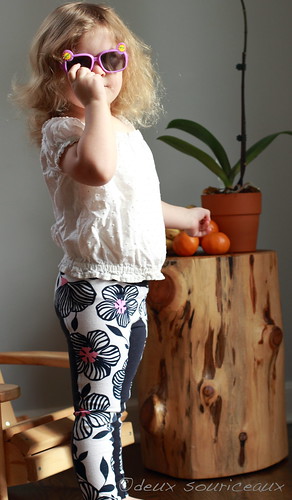 Now, this is an early version of the leggings.  Some things have changed but they still have that cute color blocking to make them look like riding pants. I used cotton/spandex jersey from Girl Charlee for both the main and contrast panels.  I’m not crazy about the way that hibiscus print feels but both girls love it so, more for them, I guess? 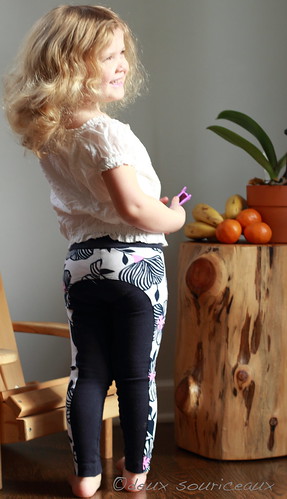 The souricette loves wearing leggings and these entered the rotation at lightning speed. In fact, they’ve already been washed! 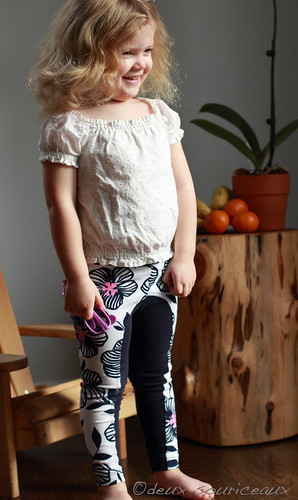 Honestly, these are my favorite leggings ever.  They fit well and the waistband looks great inside and out.  It’s an easy sew with some lovely finishing details.  And there’s a basic version in there as well!

Come on, you know you can’t wait for that release!  Sew up a bunch of cute little riding leggins.  I know a big souricette who wants some hibiscus print ones too… 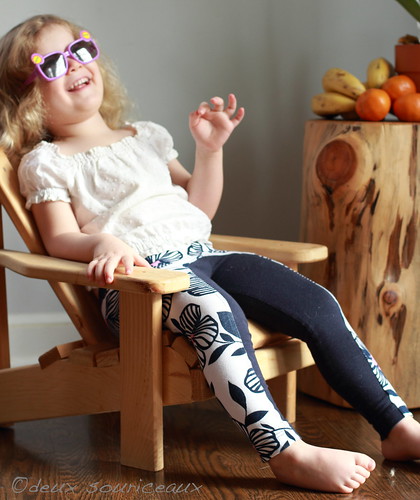