He hadn’t been himself.  He wasn’t cuddling with me on the couch in the evenings.  He wasn’t jumping like he used to.  We took him to the vet and she agreed with us.  So we said goodbye and he died while we were stroking him gently. 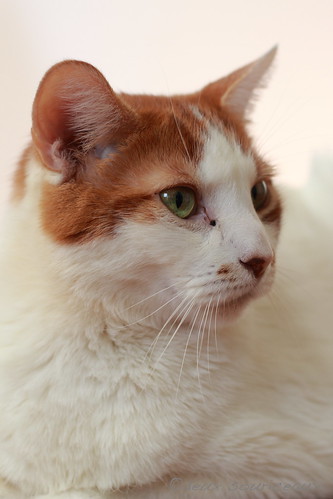 Max had been sick for a while before we found out.  He had been peeing everywhere and we thought it was behavioral.  He’s always had attitude issues.  It felt like he was trying to train us to do his bidding.  Such a cat, right?  A friend thought he might have diabetes.  We were doubtful.  The spots where he went were so specific and truly felt like he was trying to punish us.  But the vet confirmed it.  We felt that we couldn’t make insulin shots work in our lives.  How selfish is that?  We tried a diet change instead.  Maybe weight loss alone would put him in remission.  It didn’t.  And here we are.  Without Max.

I won’t hear him meow back at me when I walk into a room and say, “Allo mon Maxou!”  He won’t greet me at the door anymore.  He won’t walk all over my knitting to force me to pet him.  I won’t find him sitting in my chair.  He won’t sit on the edge of the bath while I take a shower.  He won’t hide behind the sewing machine when the vacuum is on.  He won’t settle down on the bed while I’m changing the sheets and I won’t find him sleeping in my bed, under the covers.  He won’t wake me up with his meowing in the morning. 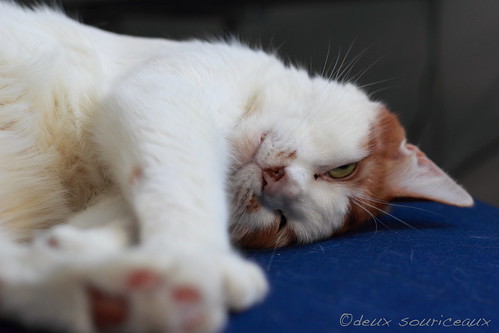 You know, he used to scratch us if the meowing didn’t work to rouse us.  Just a tiny delicate scratch.  As if he was poking us with a finger, telling us to get up. 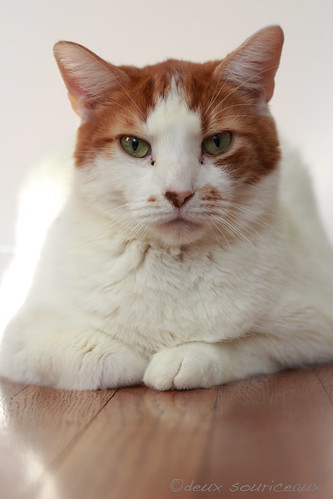 Such an attitude on that cat.  He was a pain sometimes, sure.  He required us to come with him to check that he had food in his bowl.  He sure wasn’t going to go check himself and then come get us if it was empty!  That would have been an inefficient use of his time.  And he refused to drink in a bowl.  Only running water from a faucet for him! 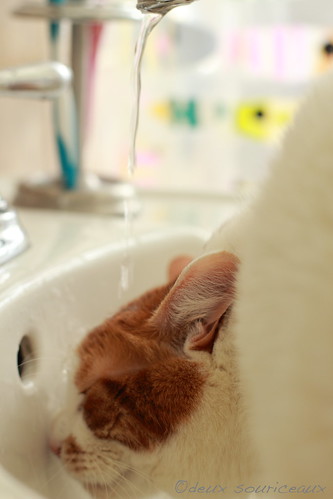 If we left him outside too long, he would give us the sternest lecture when we finally let him in.  When we were gone too long too.  But such a cuddler.  He’d be yelling at us while asking to be pet.  Jumping while curving his back to reach our hands. And that cat was made for cuddling. He had the softest fur and the loudest purr. 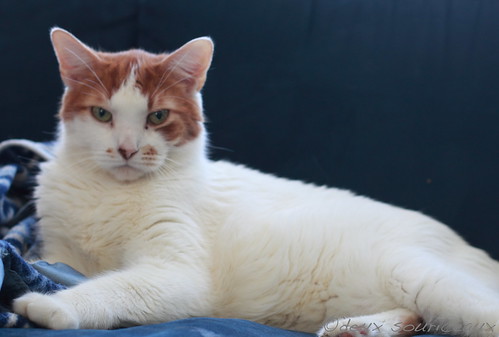 I loved Max so much.  I loved him but now he’s gone because I didn’t fight hard enough to get him insulin.  I was his favorite and I feel like I failed him.  I’ll have to take the comfort I can from the knowledge that, as short as it was, he did have a happy life.