Home › Creating › Sewing › In Which My Daughter Is a Ham. Again.

In Which My Daughter Is a Ham. Again.

I finished this top a while ago.  Ummm, two weeks ago, maybe?  Something like that.  I only managed to get pictures on Wednesday.  Poor souricette 2 was at that stage where you’re so tired you go all loopy.  She even took a nap before her ballet class.  She never does that. So I got some weird toddler model action.

Seriously, what is that face? 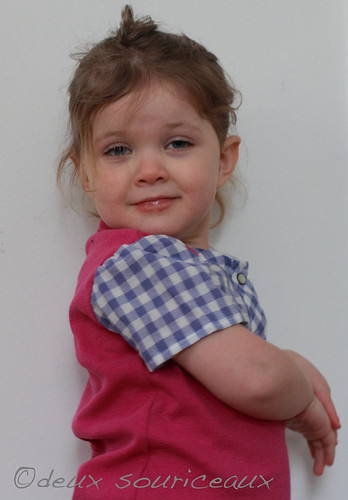 She did some odd strutting around that I’m not sharing because it looks a little too Toddlers and Tiaras if you know what I mean.  I would have been fine with pain old standing. 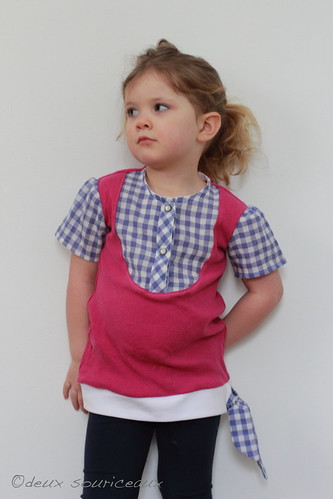 Like so.  But nope.  She moved around into all those types of poses that just look so creepy on a child (well, to my eye).  I swear she has never ever seen this kind of stuff! 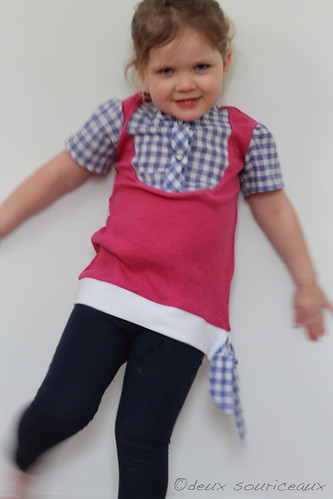 Yeah, this one of the less appalling ones…

PS: The top was supposed to be a dress.  I used an old maternity tank top of mine and an old blouse.  Mine too.  I used Jalie 2805 again.  I was going to make a gathered skirt out of the blouse but I didn’t have enough.  So a banded hem with some ribbing from my stash.  I discovered a hole in the back of the tank top so I added a heart patch on the back. 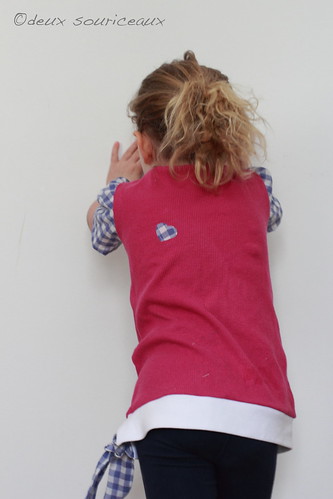 And yeah, it needs to be washed.  I planned on cutting this out during the Superbowl.  Souricette 2 had a chicken wing.  Didn’t like it.  Wrapped it up in the tank top and said she had lost it.  Lost a chicken wing.  I hand washed the tank but only discovered as I was cutting it out that the BBQ sauce hadn’t completely washed out.  Well.  It’s in the wash now.

PS again: Please tell me I’m not the only one with a total loon of a child…

2 comments on “In Which My Daughter Is a Ham. Again.”