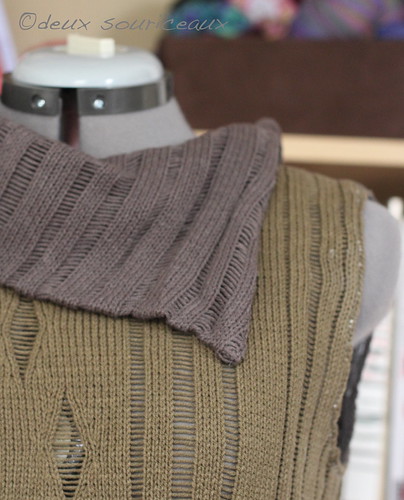 I want to let it rest for a day or two before I decide.  As it stands, I’ve done my best but I’m not sure the finishing is exactly what I would have liked.  Those inside seams…

Everything is sewn with a straight stitch and then a zigzag to finish the edge.  I cut as close to the zigzag as felt comfortable so the edges still look a little unfinished. 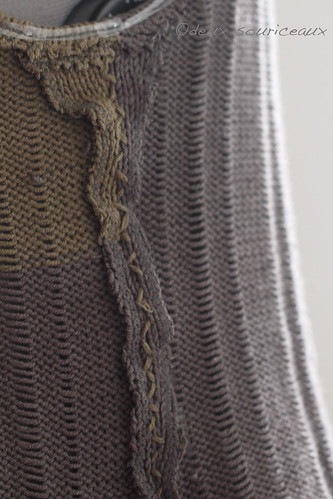 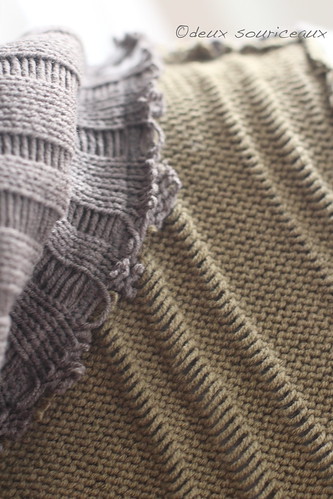 In terms of look, I don’t hate it for this specific sweater.  An unfinished esthetic works well with the fabric’s drop stitch pattern.  But for anything else?  I would want something neater.

As it is, I used soluble stabilizer to keep the seams from stretching.  It worked.  Sort of.  The hem was still a little stretched out.  I think maybe it might have worked even better if I’d combined the stabilizer with the walking foot.  Something else to try next time, right?

After trying on the sweater, I decided it needed a good 2.5″ off the bottom.  Instead of messing around with cutting off some length and making a new hem, I just folded it up and handstitched it in place.  You can see the extra thickness.  Something else to work on… 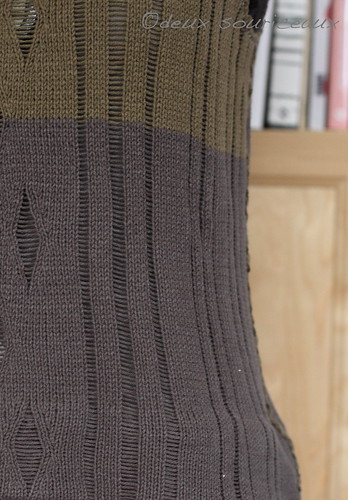 Another issue I had was the armholes.  I think that might be a pattern issue rather than a sewing issue though.  The bodice is the same whether you have sleeves or not and well, I think that’s wrong. A sleeveless top needs a slightly tighter armscye. There’s no need for extra range of movement since your arm is free and a large armscye creates some gaping. I took in the side seam about an inch (you can see it in that inside seam picture) but it still gaped. So I added slightly stretched clear elastic right on the seam, on the wrong side. 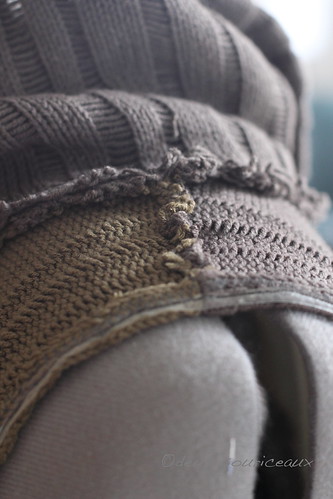 I think the issue is fixed now. We’ll see in a couple days if I need to do something more. One thing’s for sure.  I still have a lot to learn!