Like I said last week, V wanted to see castles.  Castles where people had lived and castles in ruin.  Everything castle!  So we did that.  It turns out that we saw most of them at the beginning at the trip.  Our first day our of Edinburgh, we actually went to two of them.

First up, Stirling Castle. This one is a really good visit with children.  There’s a whole area with kids’ activities and there are people dressed up as characters inside the castle.  We met with a governess who talked to us about her charge (I want to say queen Mary but there were so many that I get confused).  We also took a guided tour and while the information wasn’t particularly interesting to the girls, our tour guide was!  If you go, try to see if Brian is giving tours.  He is so fun!  His voice and face are very expressive and he adds in movement.  When he talked about bowling, he pretended to bowl.  When he talked about someone who had gotten stabbed, he pretended to stab one of the visitors! The stabbing has actually become a running gag in our house… 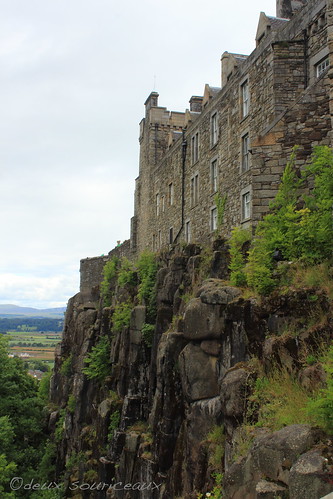 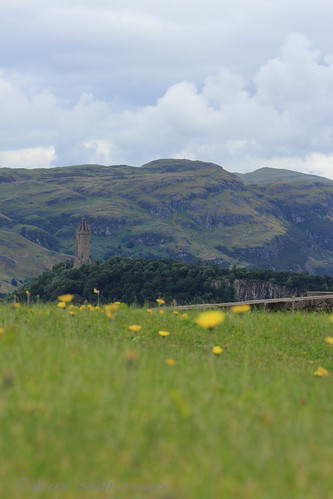 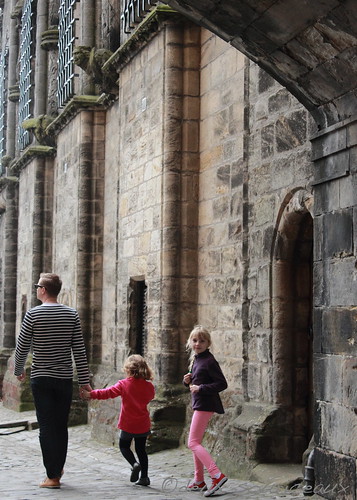 Sidetracking a little here… On our last day in Scotland, right before we went to climb Arthur’s Seat, we stopped by Rosslyn Chapel. I know it doesn’t really fit in with these pictures chronologically but I included it because it’s roughly in the same area as Stirling Castle. 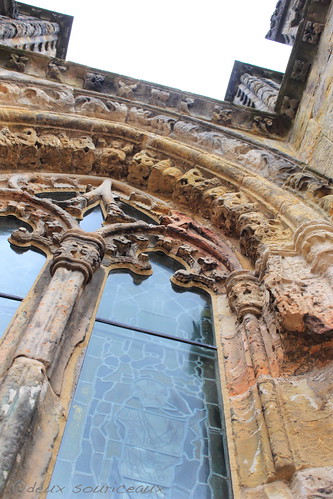 Back on track. We then headed to a beautiful little seaside town, Stonehaven. 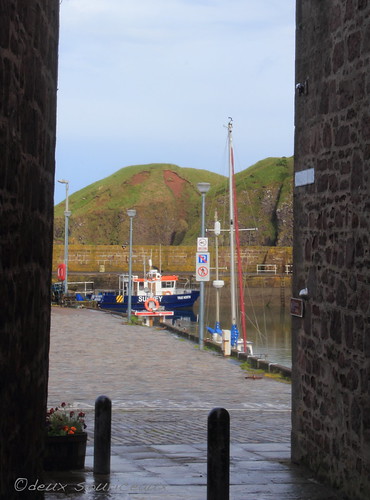 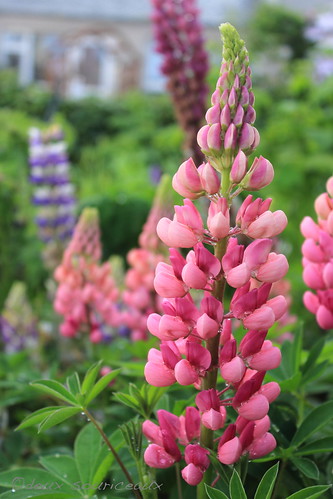 It was pouring but we still walked all the way to Dunnottar Castle (we had to get there before it closed).  According to VisitScotland, its setting inspired the Brave artists.  So we told the girls we were visiting Merida’s castle.  (The girls got a full on explanation but only E really understood.) We got very wet but what can you do?  If we’d waited the rain out, we would have missed visiting hours. And even in the rain, the setting is stunning! 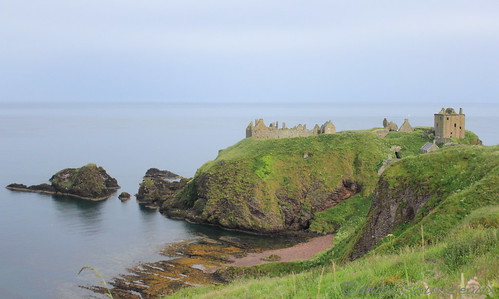 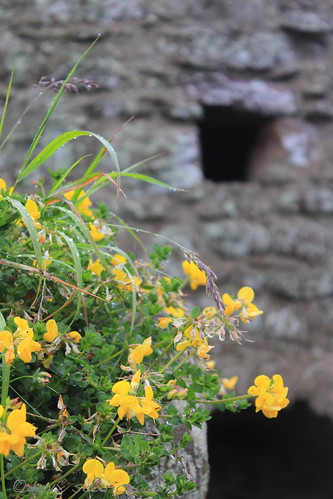 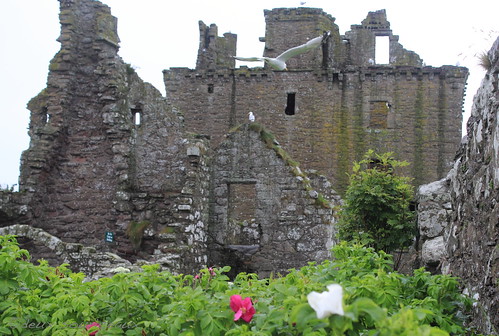 The next day, we drove through the Cairngorms and did a tiny bit of hiking (more like walking) in Aviemore. The trail we had time for went around a lake with a small island with a tiny castle in ruins on it.  (Spoiler: by the end of the trip, V had had enough of castles.) 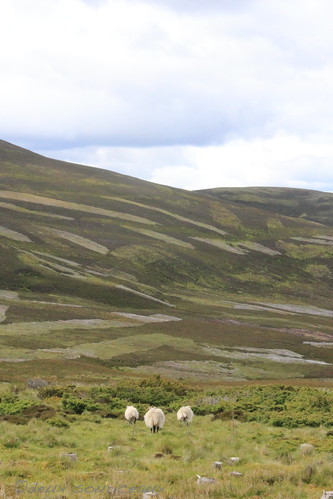 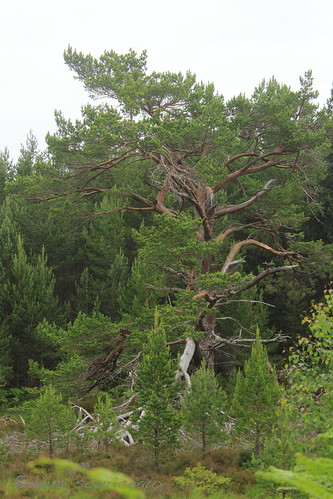 We used Inverness as a base to visit Loch Ness (no monster sightings) and Urquhart Castle. 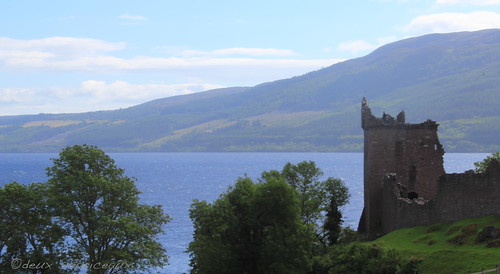 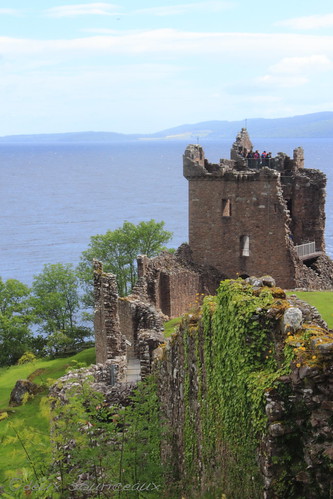 Also found some cows! (My family can tell you I became obsessed with seeing one. There were none and then, once I photographed these ones, we started seeing them everywhere…) 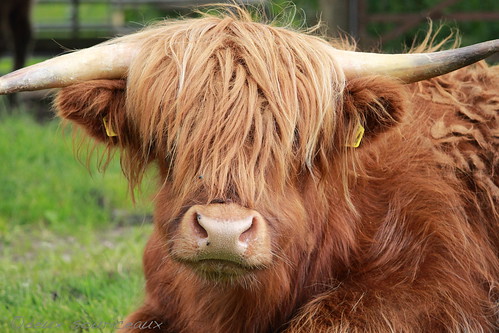 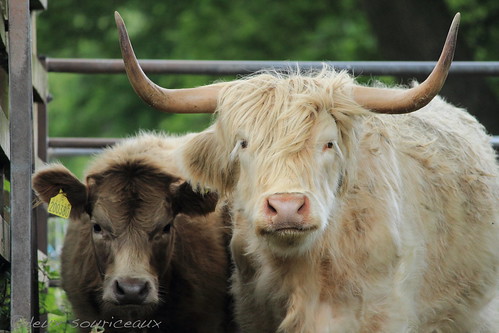 And we had some time in Inverness.  We walked to these pretty little islands in the river.  Such a peaceful setting! 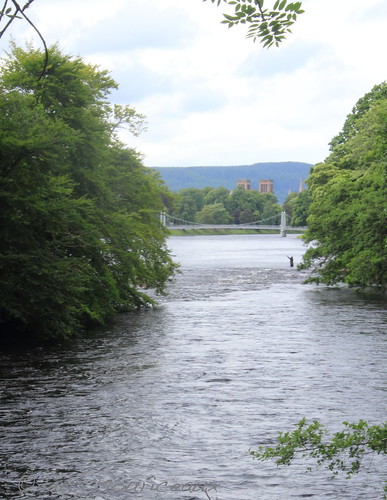 I know the light and background aren’t the best in this last one but there was a crowd and I did what I could.  In the circumstances, I think it’s pretty good! 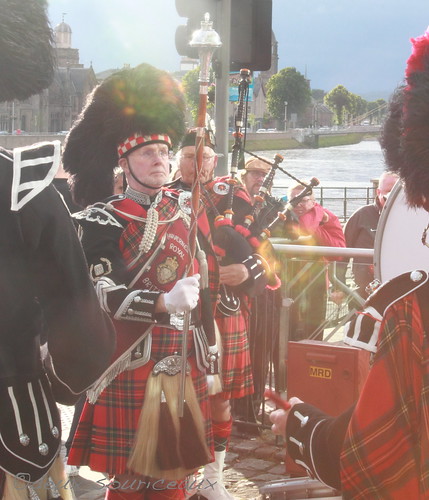 (We saw another group all dressed up and playing music andM asked about it.  Apparently, they just do it for free once or twice a week during tourist season.)