Posted on December 1, 2016 by deuxsouriceaux — 2 Comments

I’ve slowed down a lot on the sewing front recently.  I felt like I was rushing and lost enthusiasm.  So instead of forcing it, I took out this little kit I bought in Rhinebeck.  It’s the beaded stars kit by Laura Nelkin in the Glacier colorway.  The kit has three star patterns: Stello, Stellita (small version of Stello), and Astellar.  The kit says there’s enough for 3 Stellitas or 1 Stello/Astellar with 1 Stellita.

I went with the Astellar + Stellita option.  The knitting was pretty easy if a little fiddly.  I have quite a few beads and yarn left and have been wondering if I have enough to make another Stellita or even Astellar but I’m afraid!  Sure I could count the beads but I don’t want to go through the whole stringing the beads on just to run out of yarn.

I bought liquid starch at the grocery store and gave the snowflakes a good soak.  Pinned them out and they’re perfect now. 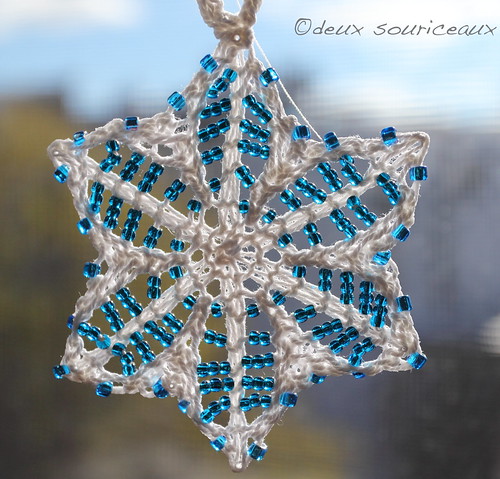 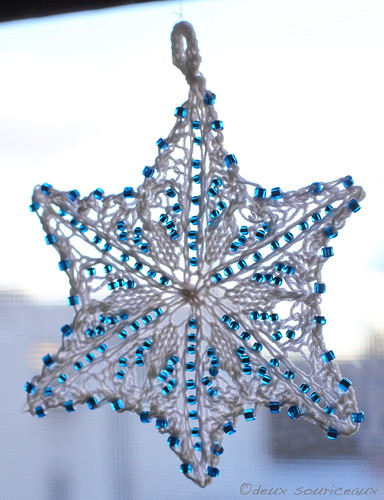 The pictures, not so much…  I tried to get them in the light to show off the shine but they kept moving around so most pictures were crappy.  I had to start over but clouds had moved in so no pretty sparkle. And still some issues with moving snowflakes.  So you’ll just have to trust me that they’re very pretty.  My kids said so and the older one doesn’t lie. (Actually, the younger one would flat out tell me if they were ugly. She only lies for her own benefit.) 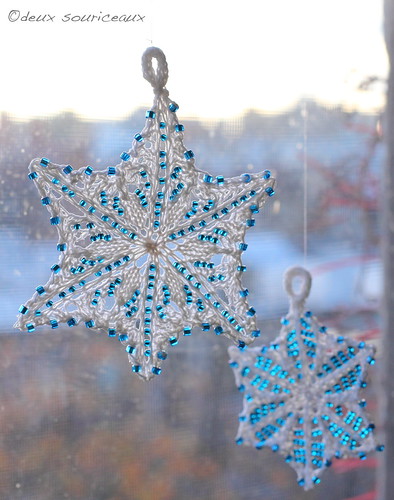 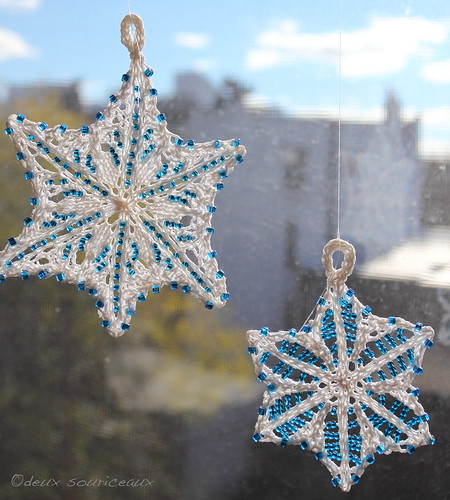 And hey, I may try to make a third snowflake by Christmas!