And that includes people.

These were mostly taken at my parents’ cottage about 2 hours north of Ottawa (it’s close to Maniwaki). We had some good weather for outside play. 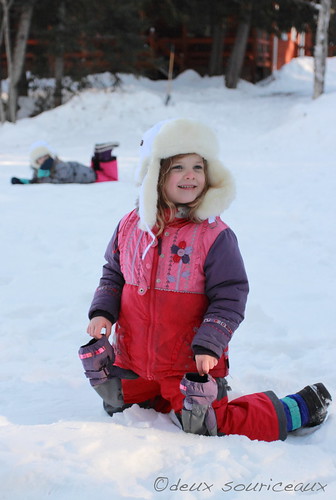 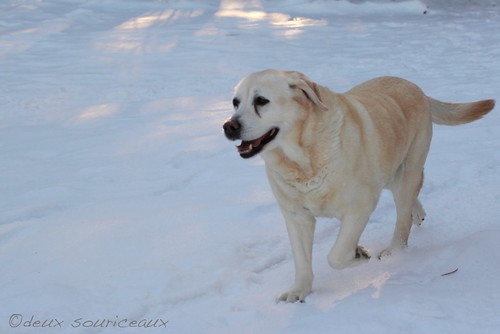 V may not be used to these Winters but she looooooves eating snow.  Can’t blame her.  I used to love the taste and texture. 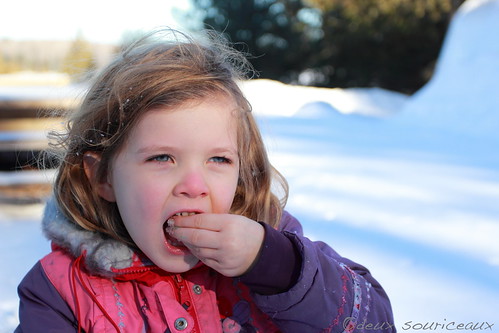 The next day, my mother took all of us dog sledding at Ferme L’Aventure! We got lucky because the weather was total crap.  Freezing rain.  We were the only people booked so they had us come in a little earlier.  The first of our group to go were icy by the end of their run! The second group had no rain but it started up again as we left and turned into ice pellets.  Lovely.

Anyway, M had a giddy, happy little boy look when he finished his run. 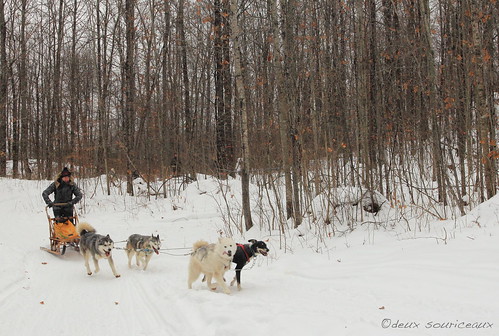 I went after him and it’s fun.  Those dogs run fast!  I’m more of a scaredy cat than M so I used the brakes a lot more.  It’s a lot more physical than it looks.  You’re in a light squat most of the time to keep your balance.  When you aren’t, that means you’re running up a hill (you kind of hop off and run-push the sled to help the dogs).  This guy here is Gizmo. 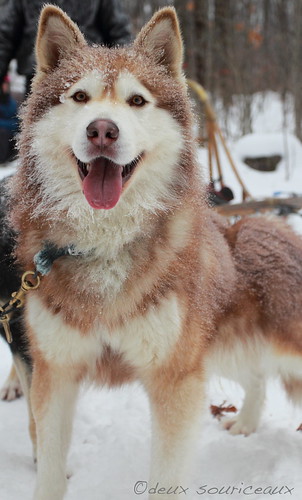 Isn’t he gorgeous? He was one of my three dogs (more than 3-4 dogs and the technique gets more difficult). The owners have 23 dogs, all very friendly.

The next day was lovely again.  The birds were out so I switched to my macro lens (I left the telephoto at home) and tried to sneak outside.  The blue jays and the woodpecker heard me though and flew away. 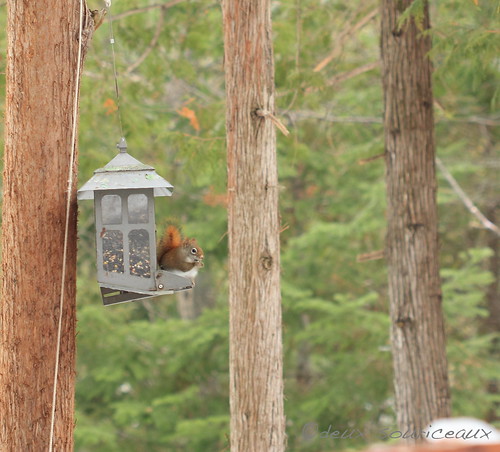 The squirrel stayed a little longer but pretty soon, all I had were chickadees. 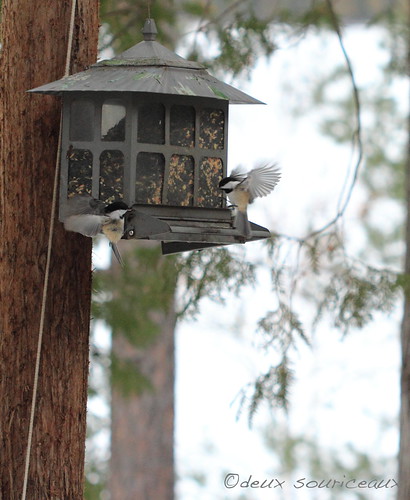 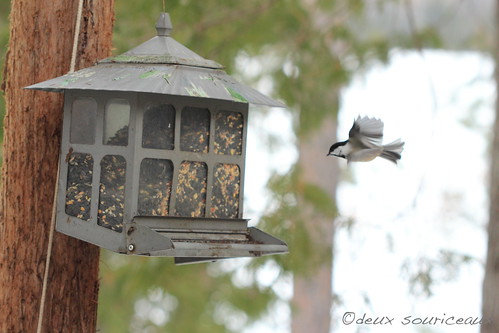 They gave me a chance to get good pictures at least…