Was it last Summer or the one before that we went to Coney Island? I think it was last year. It was so unbearably hot but it was the only Summer weekend we had left. There was hardly any waiting for the rides because everyone was at the beach. I told myself I’d come back on a colder, quiet day to take pictures. Maybe in November. And everyone knows how that goes. November came and went and I didn’t go. Coney Island seemed so far from Park Slope.

Turns out, it isn’t so bad. About 30 minutes in the subway as I found out Saturday morning. M was running the Brooklyn half marathon, starting at 7AM from Grand Army and finishing in Coney Island. The girls and I got up bright and early to catch the subway (we skipped the start). We got there about 30 minutes before M was expected to finish and I used that time to get some pictures of the beach. It was cold, windy, and rainy. And I didn’t get much of an ocean scent. 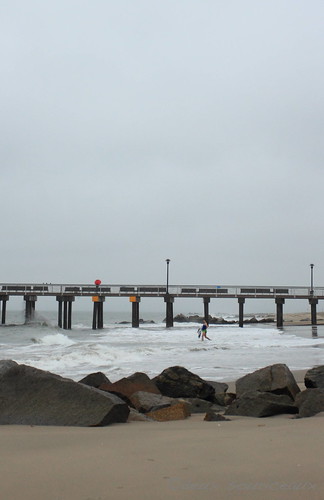 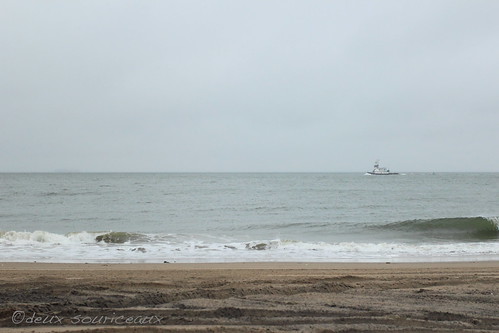 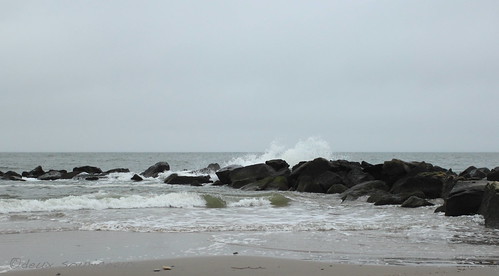 The girls couldn’t take the wind for long so I only got about 15 minutes by the beach. We found a spot to watch for M and I snapped a couple pictures while we waited. 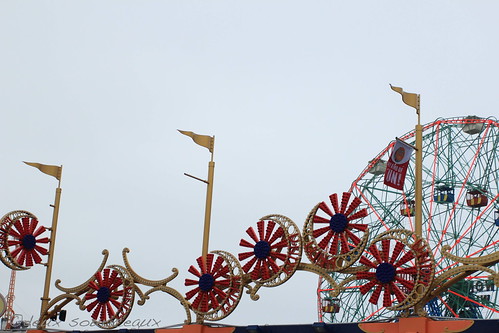 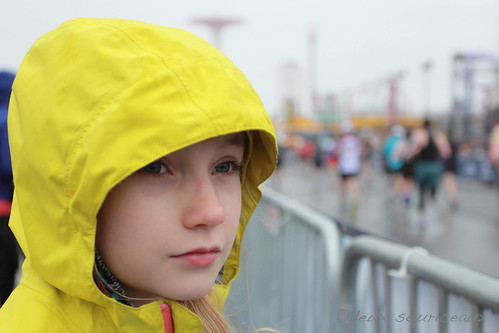 And then he showed up, waved at us, I got some crappy pictures that I’m sure he wouldn’t want me to share, and we went home. I still have to go back. Next November? I’ll try to get a sunnier day.