I bought this fabric a long time ago at, uh, Spandex world? Yes. Spandex World. It’s moisture wicking stuff apparently and I chose it because it reminded me of the cosmic microwave background. Yes, yes it was a Project Run & Play purchase, for space week. I finally got around to making something with it. Three somethings. I figured it would be fun for the girls and I to have matching exercise tank tops.

These are all Jalie 2565. Mine is just the pattern straight. It has a high neckline and a racer back. Not an extreme one. I wore an exercise bra with criss cross straps for the pictures and it didn’t show at all. 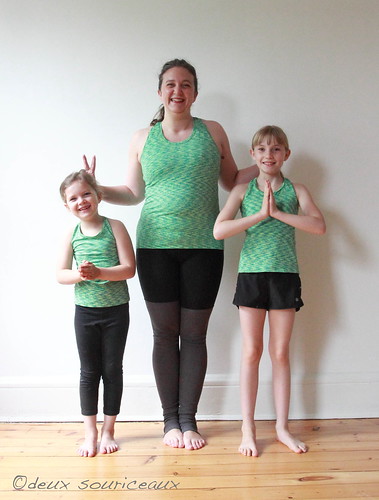 E has the pattern almost straight. I just color blocked the back with some black power mesh and finished it with binding instead of bands. I screwed up when I cut my pattern pieces. I’d clearly marked on them that I hadn’t added the seam allowance but I forgot about that when I cut them out. So instead of sewing the two back pieces together like I normally would, I sewed each one to one side of some black foldover elastic. 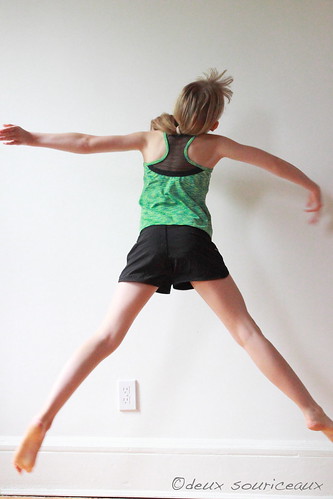 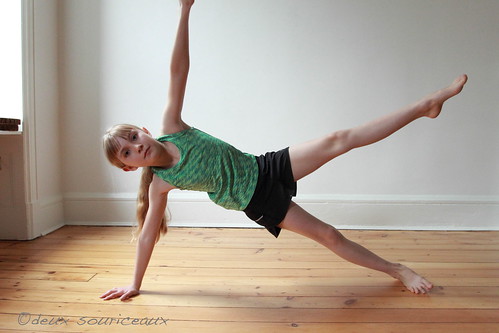 V got the most dramatic change. I cut the front normally but the back is cut straight across at the underarms. I made looooooong strips to bind the edges and create straps at the same time. I put the top on V and we decided how the straps would cross in the back. I tacked them in place (bar tack, like on jean belt loops) and cut off the extra. 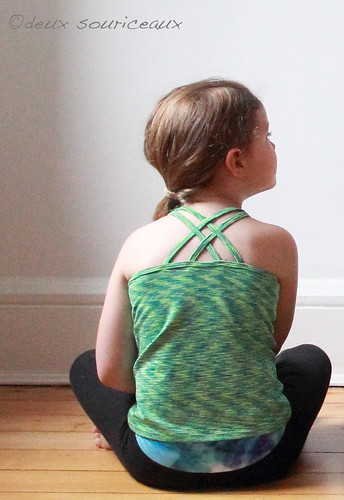 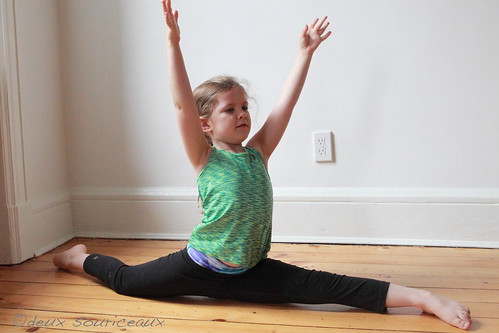 The neckline is a little droopy on this one. I should have stretched the binding more as I was sewing it on. Now that I think of it, the bands are quite a bit smaller than the openings and help to get everything nice and snug against the body.

Pictures aren’t great because it was rainy and the photographer was annoyed with us for putting our feet on the wall. (I thought it would be a fun way to show the backs.) The girls and I still had fun doing matching yoga poses so there. 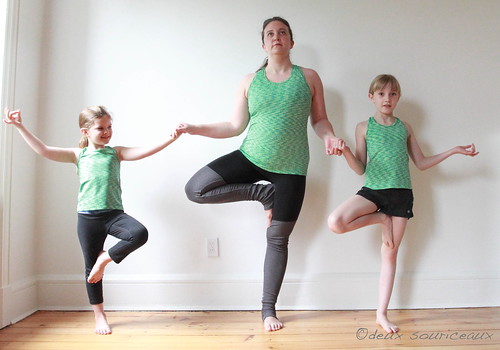 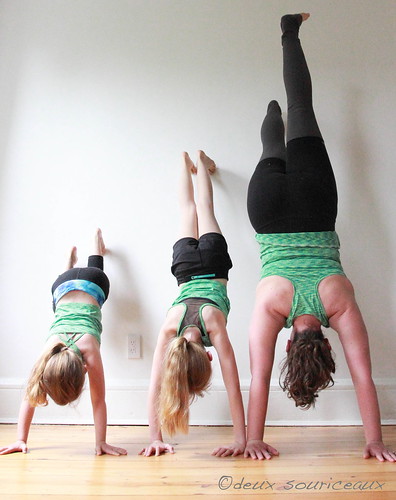 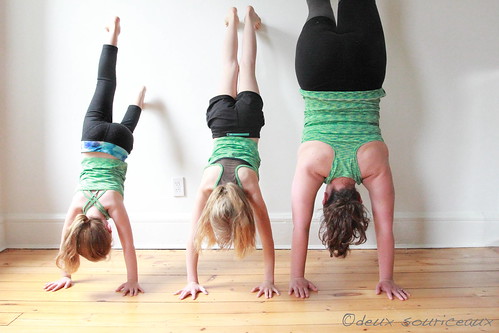 Speaking of the photographer, I have enough fabric left to make him a T-shirt too. Matching family?

2 comments on “Trio of Exercise Tops”