It’s getting to be routine. Every year, when we go home for Christmas, I head down the stream to see what it looks like. This year, I went on Christmas day. It was sunny and I was not going to miss out on the light bouncing off the ice. I took my macro lens to get close ups of ice formations. Last year’s were so pretty!

Only it’s been much warmer this year. There had even been rain the week before. It may have been -10C (ummm, 14F?) but the stream was still quite lively. 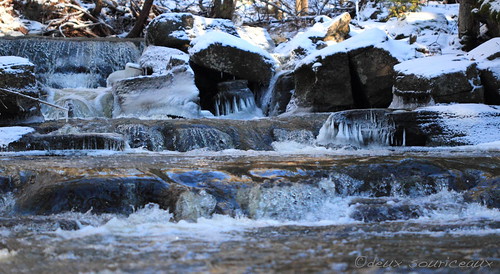 I found ice on the edges and in those icicle like formations that only happen when ice has melted and refrozen. 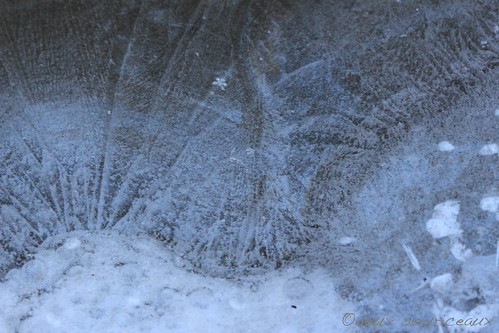 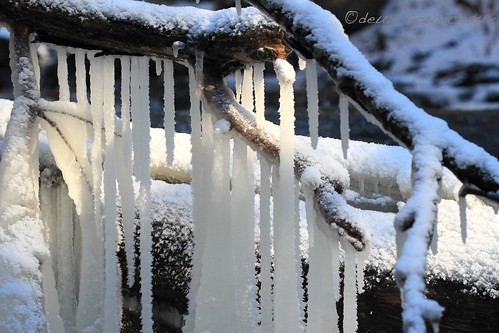 This one is for E. It’s just an ice covered branch or something but it looks like a narwhal. She’s been obsessed with them this past month… (As she says, “How can you not love a sea unicorn?”) 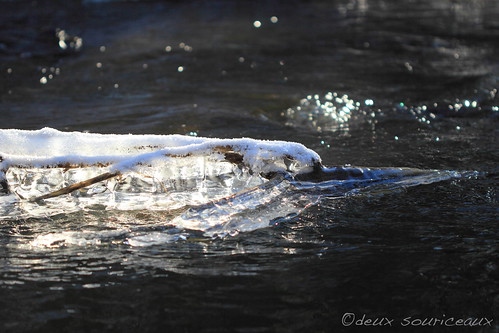 Since I wasn’t going to be getting the ice crystals I was looking for, I played with the contrast between the water and ice. I took some pictures at high speed and wide aperture to freeze the water. And then, I played with progressively longer shutter times to get that soft water look, getting myself down in the snow to find some sort of balance to minimize camera shake. 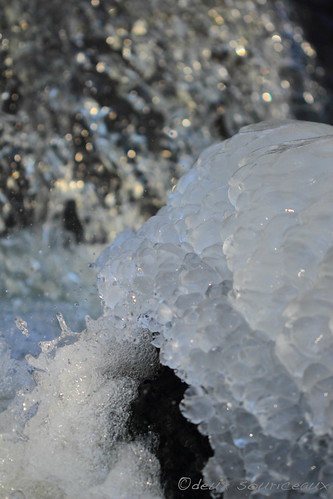 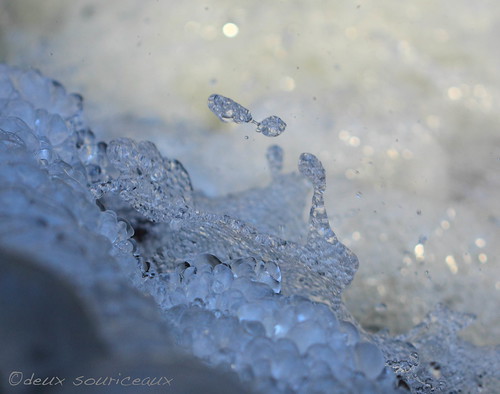 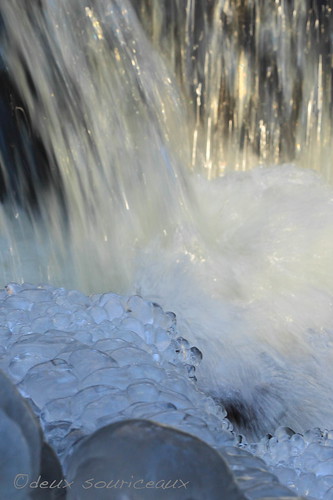 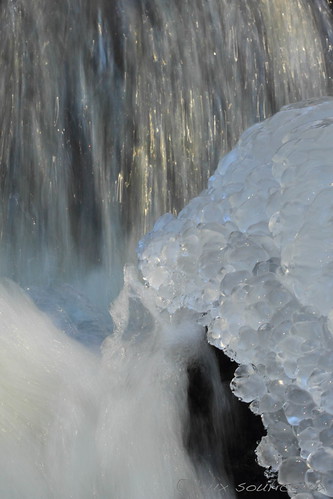 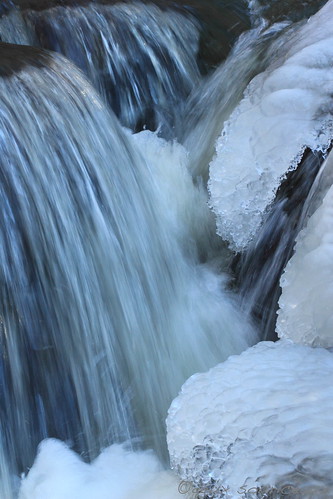 I promise I didn’t only take pictures of the stream! But I did end up with over 300 pictures on that outing so I’m splitting them in two. Next week, there’ll be a picture of a deer!