I didn’t manage to wake up early enough to catch the sunrise yesterday. Again. It was cloudy though so I didn’t miss much. Instead, I went walking with M at 10AM, leaving the kids at home to shower and do some schoolwork. (Don’t get me started on V and remote schooling. I cannot for the life of me get her to do everything she’s supposed to do. And there’s a perfectly reasonable amount of work! So she’s stuck finishing up some stuff over the weekend.)

The leaves are starting to turn. Most trees are still green but I saw some yellows and reds. 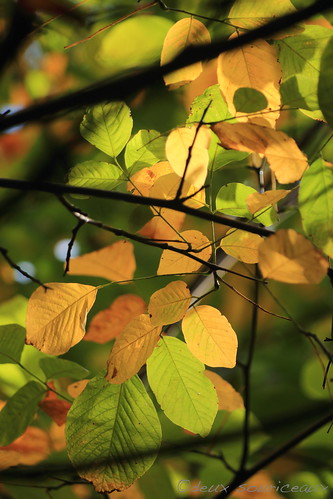 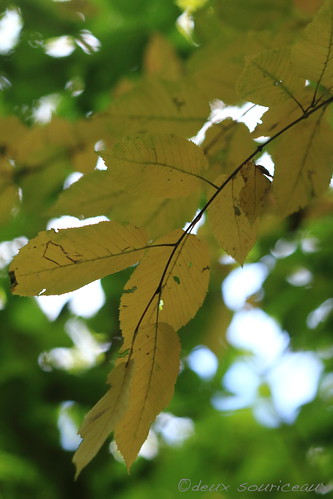 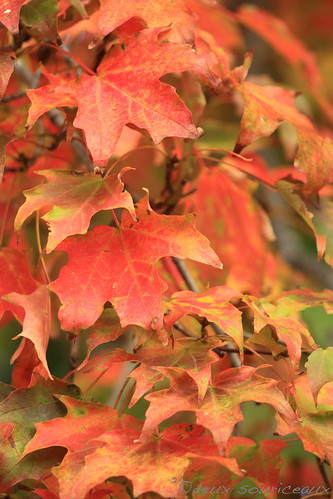 Walking through the woods, I noticed that I couldn’t hear any birds. In the early morning, they drive me nuts, making so much noise yet remaining invisible. After 10AM, the woods were quiet. We only heard some noise when we got to the peninsula. And then, the noise was so loud, I was sure I would see a hawk. We didn’t stick around but I saw a bunch of bird watchers. I think. They had binoculars and cameras with big telephoto lenses. And they were just waiting. I didn’t see any hawks but I’m still convinced it couldn’t have been very far. The other time I heard birds go wild like that, they were blue jays warning everyone about the hawk’s arrival. 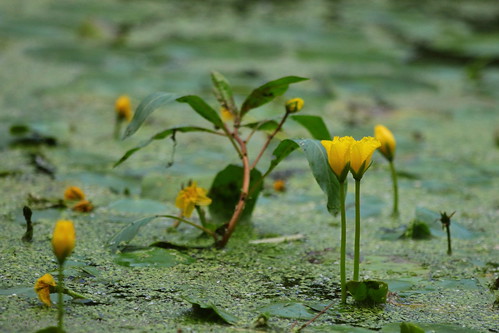 On our way to the peninsula, we saw a bunch of ducks grooming themselves. There were 5 of them in a row. I took some pictures but they aren’t great. When one of them was looking forwards-ish, the others had their beaks in their feathers and just looked like lumps. I got the one furthest out on a branch (there were two others on that branch in addition to one swimming one for a total of 9 ducks in that one section). 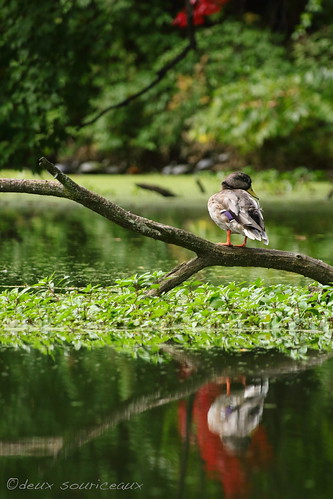 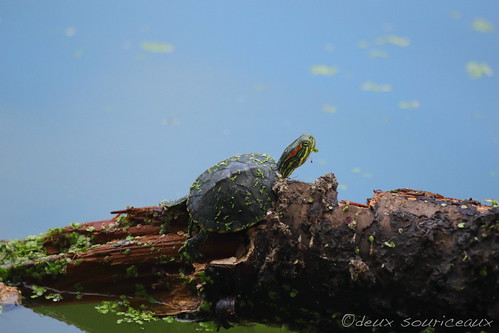 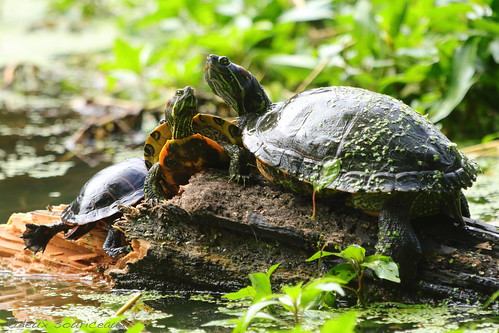 I hope I can make it there early again. I like it better with fewer people around.