You would think, reading through the past few months that it’s all I do, right?  And to be fair, it does fill up most of my time.  Machine knitting requires blocks of time that I don’t often have.  Hand knitting is slow.  I tend to only do it while watching tv or as a passenger in the car.  And even then, sometimes, I just can’t muster the energy.  But I do knit.  And I’ve finished my second project this year.  (Seriously?  Only 2? I need to pick up the pace!) 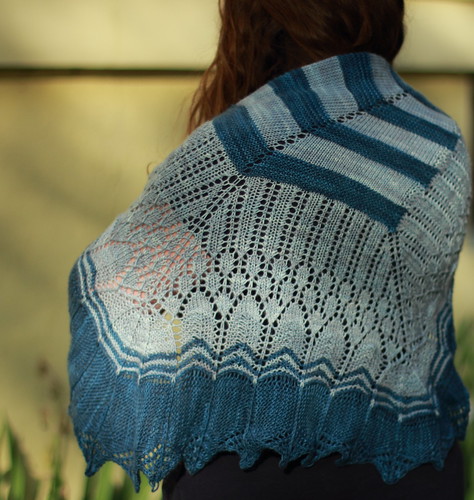 This is the Follow Your Arrow Mystery Knitalong by Ysolda Teague.  Once a week for 5 weeks, we received a clue to knit up.  Each time choosing between option A or B.  That makes for 32 possible shawls!  The knitalong started in January and I was on top of it at first.  But then, I ran out of the darker blue while knitting the border.  I tried to bring in the light blue in some way that would look purposeful but I couldn’t figure it out.  There was only one thing to do.  Rip back to the end of the first clue.  I had done clue A which used some of the dark blue.  I had to switch to clue B which used only the light blue.  I couldn’t face it.  I stopped knitting. 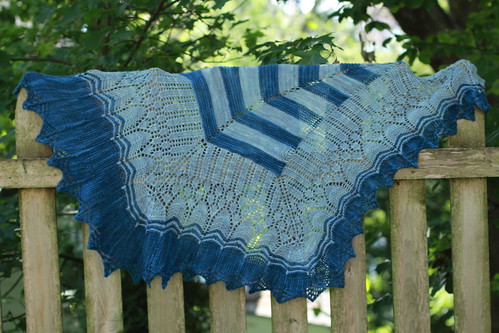 But there was another project that needed to get started.  A time sensitive project.  And I just refused to start it until this was done. So I ripped back to the end of clue 1 and started knitting again.  We stopped watching tv for a while so I stopped knitting again.  This shawl may not be done yet if it weren’t for Orange is the New Black… 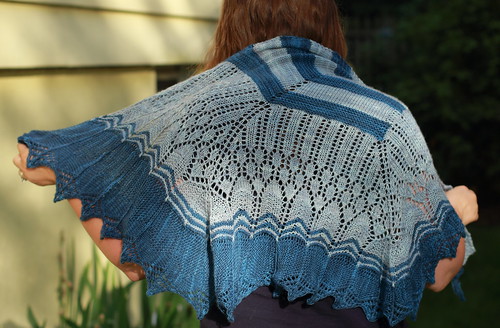 And now, off to work on that time sensitive project.  I have some tv to watch! 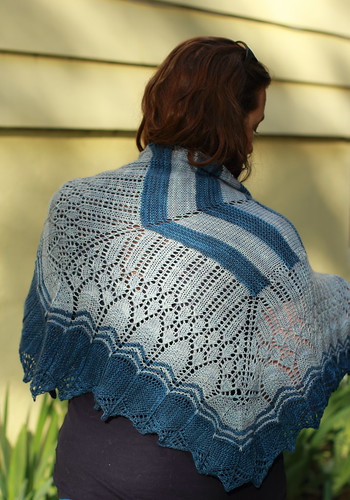 PS: The yarn is Socks That Rock lightweight by Blue Moon Fiber Arts.  These were mill ends so I don’t know the color names.