Wet Felting With Kids – a Tutorial

You may remember that we went to Rhinebeck for the New York State Sheep and Wool Festival in October.  We showed up early and took the girls to a fiber crafts tent hosted by Fiberflame.  Each girl picked an activity.  Souricette 2 chose wet felting.  She made her own felt from roving and then cut it up to glue onto cards. 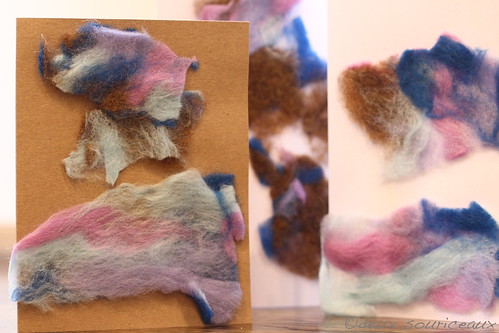 I watched carefully and realized that this was something I could easily reproduce at home with minimal mess.  The following Friday, I tried it out with the girls, taking pictures along the way.  I adapted it a teeny tiny bit and it worked perfectly.  All three of us made felt and fun.  Bonus : clean up was actually easy peasy!  Of course, the lighting wasn’t great so I had to do it again (alone) to get better pictures.  Not great pictures, mind you, but better.  So here goes.  This is a project that you can even do with a three-year old.

Make Your Own Felt Sheet 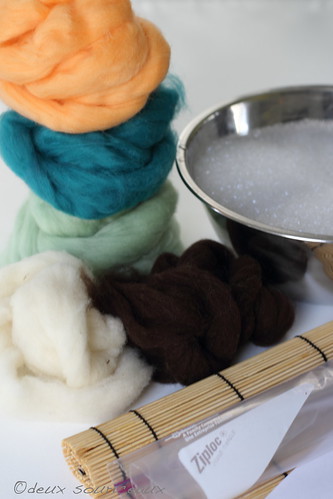 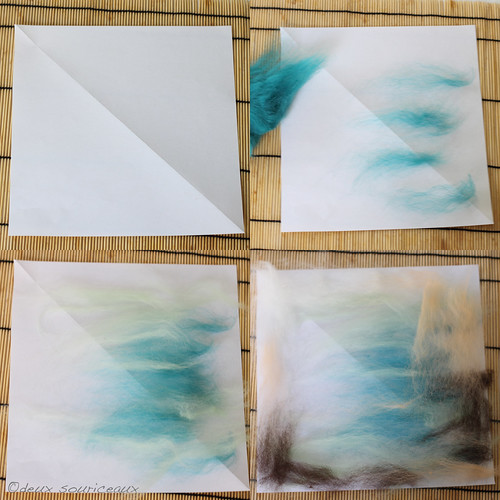 Place your square of paper on a flat surface.  Start pulling off pieces of roving and laying them on your paper.  It’s okay if it extends past the paper a little but try to keep it mostly contained.  Keep adding pieces of roving, making sure they overlap.  In fact, you should have a few layers of the stuff in any given spot.  You can pat it down a little every so often.  Check out souricette 2 creating her masterpiece! 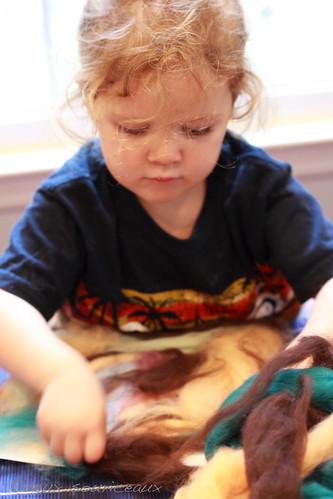 When you’re done, lift the whole thing up, including the paper.  Slip it into the plastic bag.  You’ll see, the paper is really useful there.  When it’s all in there, slip only the paper out so your roving stays in the bag. 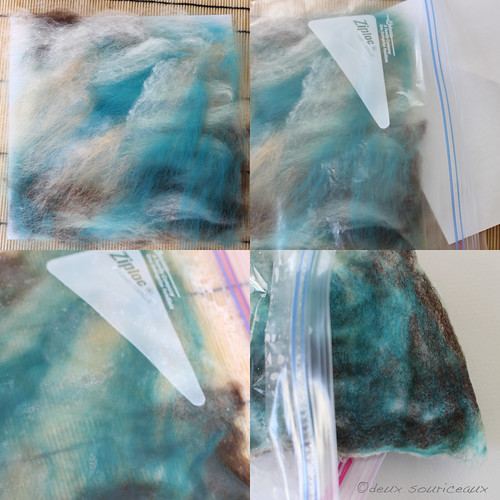 Now, you want to add some of that soapy water to the bag.  Honestly, I never measured the amount but it was about 1/2 a cup, maybe even less  You want to get the roving nice and wet but you don’t want loads of extra water.  The bag has to stay pretty flat.  Before sealing the bag, you’ll need to get the air bubbles mostly out.  Gently push them towards the opening with the flat of your hand.  Then, seal the bag.  No need to tape it shut, the ziploc closure works well.  When you’re done, it should look something like the bottom left picture above. (Bottom right is what it looks like when you’ve felted it.)

Now comes the felting!  Place your bag on the bamboo placemat.  Place both hands flat on the bag and rub it against the placemat.  We count to three, then turn the bag 90 degrees, and repeat.  Keep rubbing for a while.  It doesn’t actually take that long.  I timed it when I did the last batch of pictures and it took me less than 5 minutes to get to that bottom right picture up there.  When I did it with the girls, they didn’t have time to get bored. 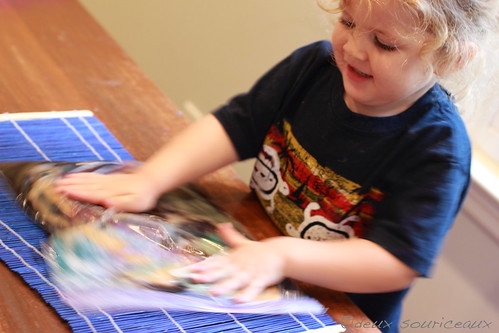 When your piece is felted together, take it out of the bag.  Rinse it, squeeze the water out and let it dry.  You can use a hair dryer to speed things up.

And you have your very own felt!  It won’t be a perfect square anymore and it won’t be the same on both sides. The two pictures below are both sides of the same piece. 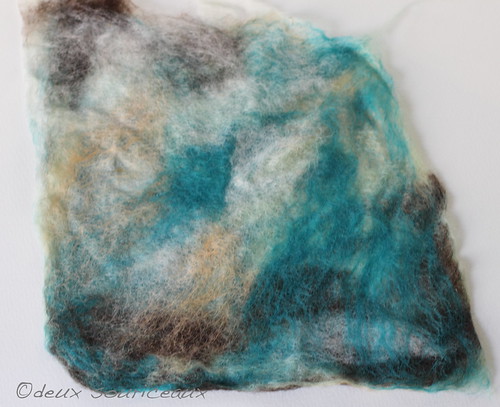 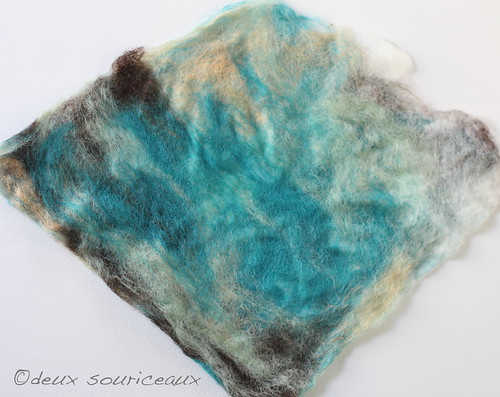 You can cut it up and glue it wherever (what my kids like to do) or you could save it to use, say, as an appliqué on clothing.  Or if you love your piece as is, frame it!  Or use it to make coasters or anything else you come up with…  Tell me how it goes if you try it out!

Tagged with: crafting with children, felting, tutorial
Posted in Crafting with Kids, Tutorials

6 comments on “Wet Felting With Kids – a Tutorial”