Home › Creating › Fabric Design › The Other Thing I’ve Been Doing

The Other Thing I’ve Been Doing

Amidst the sewing, I’ve been doing something else.  It’s something I’ve wanted to try for a long time.  A loooong time.

So what was holding me back? Time, to be honest.  I had tried to upload a hand drawn design a while ago and I couldn’t get it right.  I realized that I needed to sit down at the computer and learn.  I bought a book, even!  Digital Textile Design.  But it used Illustrator and Photoshop, neither of which I had.  I was more than a little hesitant to pay for these when I wasn’t sure I would actually take the time to teach myself to use them.  So I knit and sewed instead.

And then…  I found out that Lauren Dahl was going to be teaching a course on Burda’s site.  I’d heard good things about her pattern workshop and I knew that if I signed up for a class, I would do the work.  I still hesitated because it meant getting Illustrator (I was going to use Gimp instead of Photoshop).  It meant blocking off some time at a time of year where I don’t have enough of it (do any of us?)  But it was an opportunity to learn what I’d been wanting to learn for so long.  To learn at home with my own tools. So I took a deep breath, signed up for the class and bought a subscription to Illustrator.  Oh, and I asked my sister to give me a Wacom tablet as a birthday/Christmas gift…

Verdict: I love it!  Now, I have to say this is taking way more of my time than I thought it would.  It isn’t hard but it takes time to get everything just right.  I’ve had to stop a couple of assignments before I was entirely satisfied.

Assignment 1 was done in Gimp.  I drew some paisleys and scanned them in black and white.  Then, I arranged them in a toss design and colored the whole thing. Lookee! 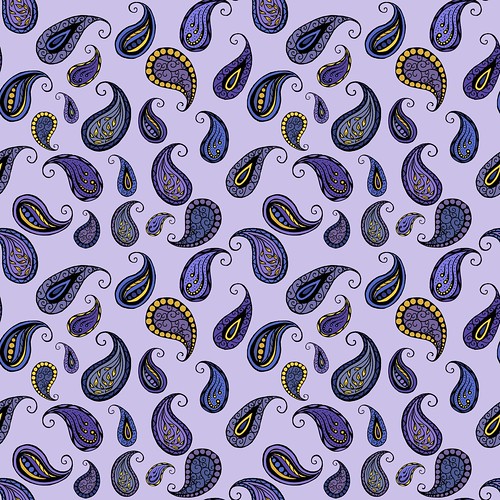 Assignment 2 was done in Illustrator.  It took forever but I created a cute little sheep!  I arranged it in a half drop repeat and layered it over a plaid that I made.  This is one where I had to stop before I was completely satisfied.  I screwed up the horizontal stripes on my first plaid and had to start over.  I was so tired that I let it go when I realized the colors weren’t perfect.  But I love that sheep so much!  (Zoom in to see it well.)  Wouldn’t it be adorable as a pajama? 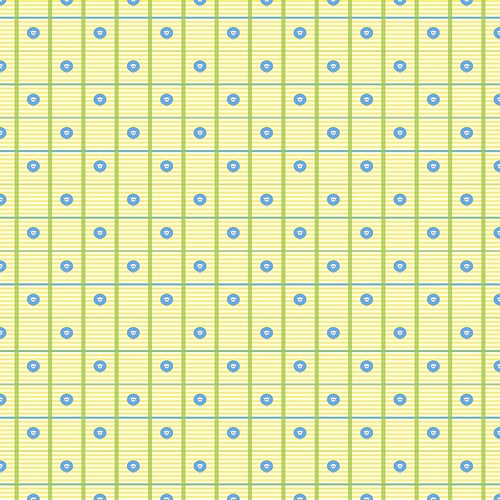 Finally, assignment 3 was done in Illustrator as well.  I actually had the choice between Gimp and Illustrator and had planned on doing both but I ran out of time.  This is where the Wacom tablet came in.  I used the pen to trace over a picture of a butterfly that I took in San Francisco.  This one. 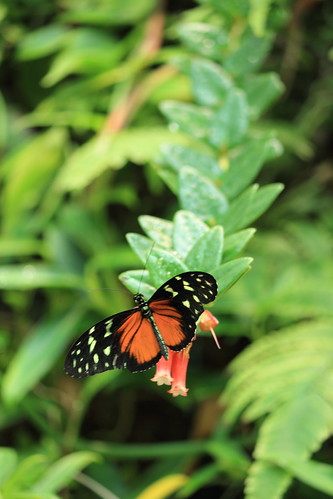 I colored it in, then I arranged it into a repeat.  What would that be called?  A half drop with reflection?  Something like that…  Butterflies! 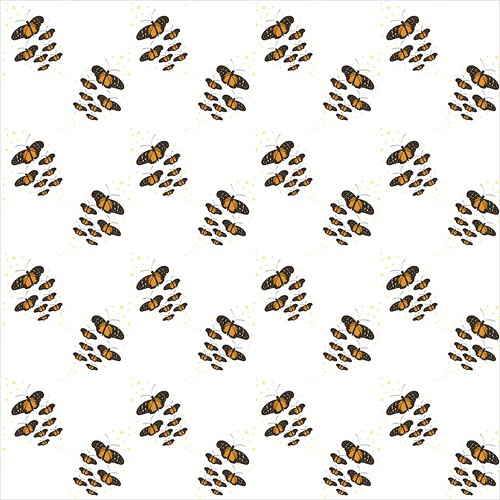 I’ve already learned so much!  Especially since I’m often going a little further than the videos. I get an idea of what I want to do and I just have to figure out how to do it.  My next lesson is color palettes.  I hope to repeat assignment 3 with Gimp too.  Maybe even with the butterfly, just to compare results.  I can’t wait to upload these to Spoonflower and order some swatches!

3 comments on “The Other Thing I’ve Been Doing”