Posted on December 8, 2014 by deuxsouriceaux — 2 Comments

A couple weeks ago, I had my camera out when Mr. Mouse lit a fire.  In the fireplace, mind you.  I tried to take some pictures.  I figured I had some time and could try out different settings.  I took about 80.  80 pictures of the same fire in the fireplace.

I started out in aperture priority mode (set at 4.0).  It’s my default shooting mode.  Then, I switched to manual, keeping the ISO and 4.0 aperture but playing with shutter speed.  I wanted to get as much detail as possible in the flames.  I actually sped up all the way to 1/4000 seconds! (For the record, aperture priority setting never went faster than 1/125 or so.)  In then end, I liked the results ranging from 1/200 all the way to 1/800.  The slower speeds allow for more of the background to come out.

Images are cropped but not modified otherwise.  Because duh.  Otherwise, how would you see the difference?

Here is 1/200.  I like the light detailing I get in the foreground and background. 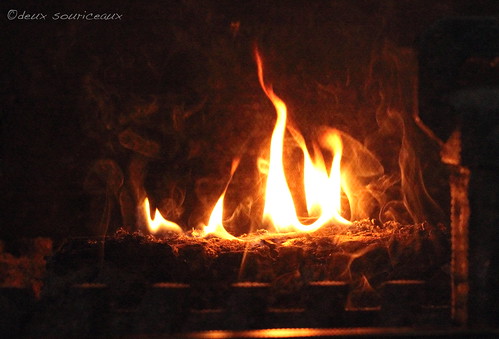 And here is 1/800. The foreground and background are gone.  All you get is a bit of the log.  But see how much more defined the fire is?  So pretty… 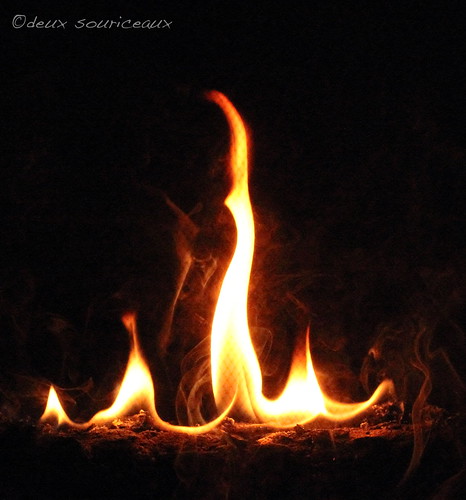 Now, these pictures were taken later in the afternoon.  The room was a bit dark.  This week, I wanted to see what would happen with a candle.  I thought of taking the candle to an unlit room but decided to stay in the kitchen, with the lights on.  I did the same thing, playing in aperture mode first, then manual.  And here’s the really interesting bit.  The pictures still look like they were shot in a darkened room!  The only difference is that it’s easier to have foreground/background definition because they aren’t solely lit by the flame.

Here’s the best flame shot I got, in manual mode, aperture set to 4.0 and shutter speed 1/640.  I still lost quite a bit of the surrounding detail but it isn’t as bad as in the fire shot, is it? 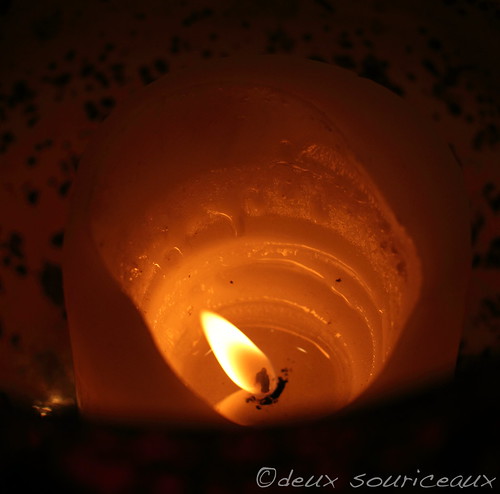 And here’s one that I actually shot in aperture priority mode (still at 4.0).  Since a candle’s flickers are smaller than a fire’s, the flame is pretty well defined.  Still, you can’t see all the detail in it as in the quicker shot. 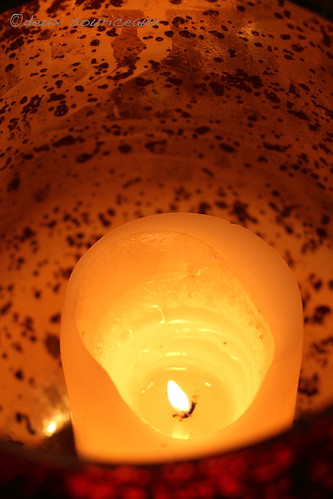 My take away lesson?  These shots are best taken in daylight or with lights turned on.  You still get the dark room effect but much more detail.