My parents still live in the house I grew up in.  Going back is… strange.  Reality and my memories clash at times.  There’s a house on the street that wasn’t there as I was growing up.  The people next door are gone, replaced by ones I don’t know.  My parents have made some changes to the landscaping…  Where there were fields, there are houses now.  But not on my parents’ street. The fields are still there though I believe the cows I used to hear in the morning are gone. 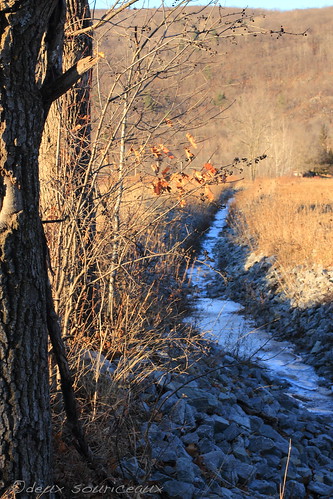 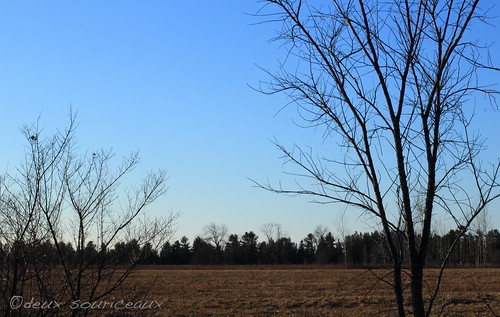 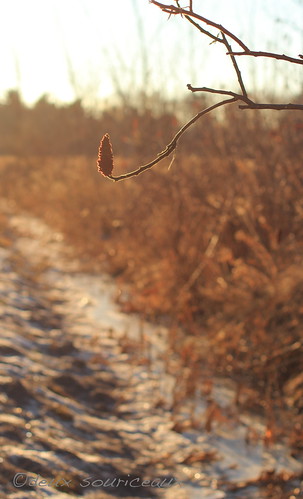 I took a walk.  It was cold and windy but snowless.  November landscape in December.  I hadn’t planned on it but I ended up in the woods.  Gatineau Park.  Just go to the end of the street.  Cross the road.  Careful!  There aren’t many cars but they’re fast and there’s a bend. And there you are. 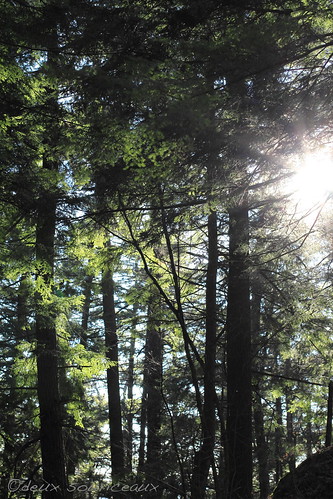 There’s an unmarked trail.  I’ve been going there since childhood.  It follows a brook all the way up to what we used to call Beaver Lake.  It wasn’t a lake, really.  Beavers had built a dam so there was a pond of sorts.  I saw one of the beavers once.  It’s gone now.  The dam was causing flooding issues so it was destroyed.  The beavers left.  You can still see where it was though.

The same.  But different.

I liked the fields but I liked the woods more. Still do. There’s this sense of entering another world.  It seems like you’re alone but you aren’t.  I heard a woodpecker far away.  Saw animal prints in the snow.  A raccoon, I think.  A squirrel’s hiding spot. 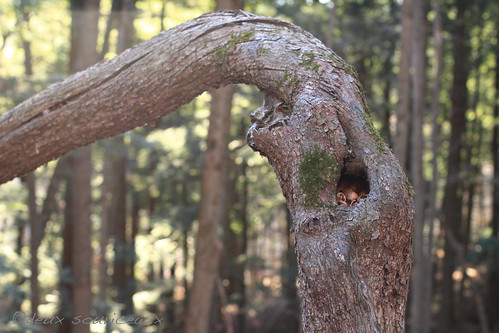 I walked.  Saw some dead birch trees.  The forrest.  It changes all the time but somehow, it’s always the same. 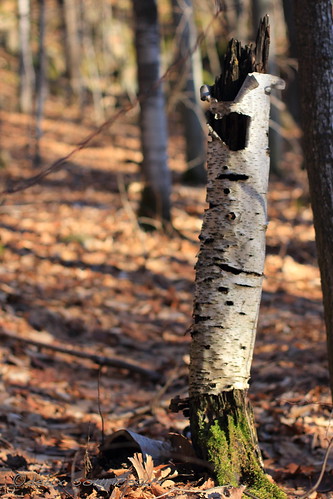 Except for the beaver dam.  I found it.  It was getting cold and the sun was getting low, time to go back. I’ve always had this fear that I wouldn’t find my way out.  It’s silly, I know.  Just follow the brook.  Still, there’s always this sense of safety that comes over me when I reach that point where I see the fields through the trees. 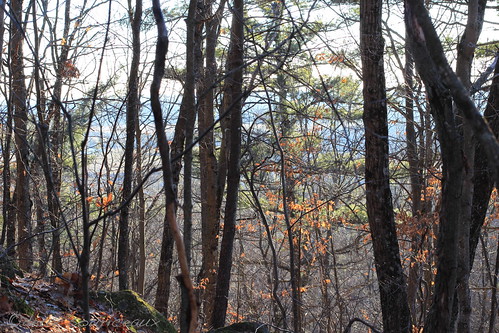 No coyotes will get me tonight.