It feels like I’m next to done.  I’ve knit two fronts, two sleeves, and a back.  All that needs to be done is sew everything up, pick up and knit the borders, and sew on a button or two.  Weaving in the ends.  A little bit of blocking.  Maybe do something if the collar doesn’t behave.  But hey, I can pretty much say I’m done!  The knitting, the big part, is finished.

So why is this taking so long?  I posted this on Instagram on Friday. 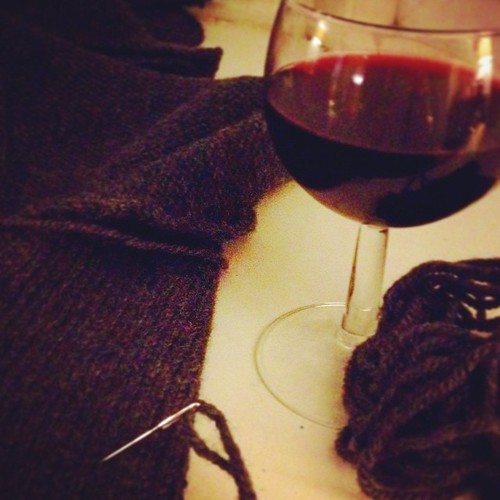 I had already done the shoulder and side seams at that point.  I needed to sew up and set in the sleeves.  I watched three episodes of Dr. Who.  And I had two sewed up but not set in sleeves to show for it.  And I only had one glass of wine during that time.

Two hours on Saturday and I had knit the border for the collar.  Just picking up stitches, knitting two rows and binding off.  Not complicated and not long. 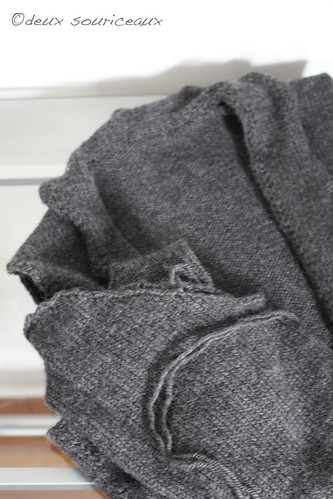 Yes, the edge I knit onto the collar is curling like mad. It’s going to go away when I block it. I hope.

Still no set in sleeves.  And still 3 borders to knit.  And buttons.

I don’t even hate seaming.  That mattress stitch.  It’s like magic!  If you do it right, two columns of stitches will just line up like they were knit next to each other.  Perfect.  And it’s easy and relatively quick to be honest.

There’s just so much of it to do.

It’s no wonder I like working in the round.  Or scarves and shawls. (And that I keep setting down the sweater in favor of actual knitting. Like here.) 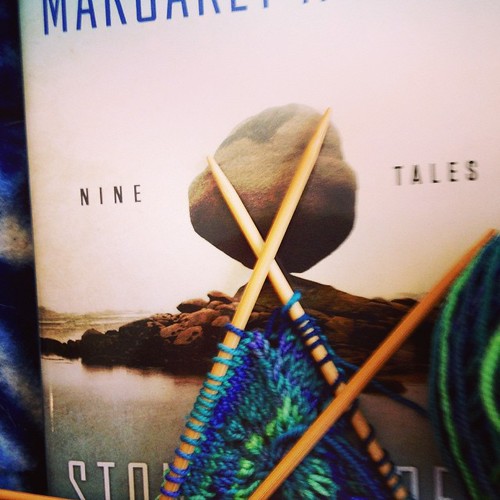 And it’s no wonder I hate those modular knits where you have to seam everything up in the end.

So why am I knitting this for souricette 1? 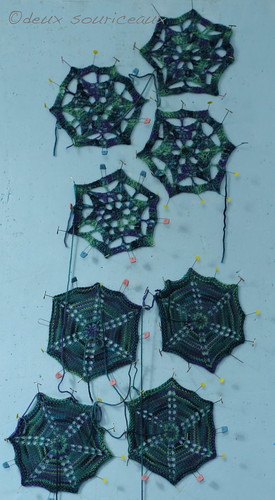 I pinned these to the blocking board for the picture and noticed one of them has to be redone. Can you see which one? Hint: they’re supposed to be hexagons…

She better wear that thing for years.