Photo Monday – At the Garden

Brooklyn Botanical Garden, that is.  And the girls were actually excited about it!

I ended up messing with the aperture a lot.  It’s so interesting.  I’m realizing that the depth of field at a given aperture is more or less proportional to the distance at which you focus.  So, say I’m wide open, something like a 2.  If I focus on something close to the camera, the depth of field is very shallow.  I’m talking millimeters here.  Maybe up to 2 cm?  But if I focus on something further away, a lot more depth is in focus.  Or at least looks like it’s in focus.  I should create an example.  Maybe these bluebells can illustrate it somewhat. 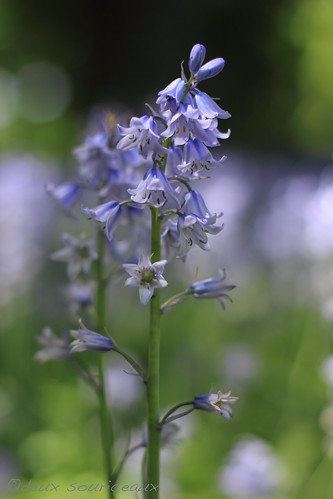 I had my aperture set to 2 here.  That whole front bluebell stalk is in focus. 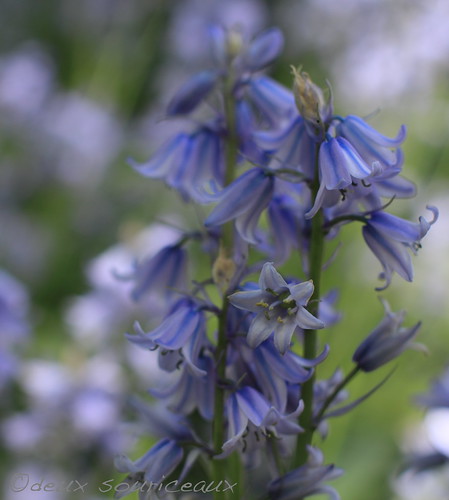 And here, I was much closer and focused on that little flower that’s kind of looking at us.  My aperture is set to 3.5. And see?  3.5 should give me more depth of field but less of the stalk is in focus.  (I’m sure someone with more photography knowledge is rolling their eyes at me right now but hey, you gotta start somewhere, right?)

To go along with the bluebells, here’s souricette 2, taken at a distance. 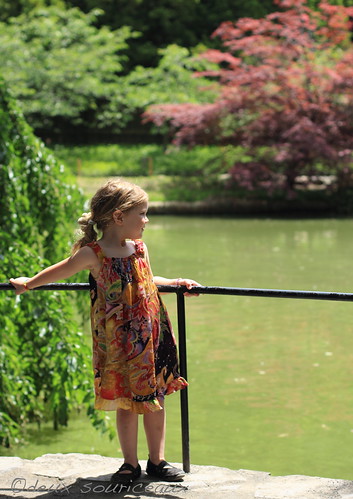 The background is blurry but not as much as the bluebells’ backgrounds. Wanna guess the aperture? 3.2  I’m completely fascinated.

These two were taken at 3.5 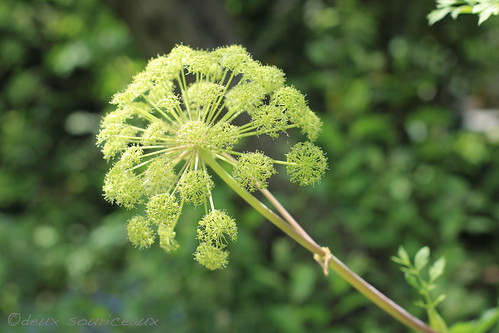 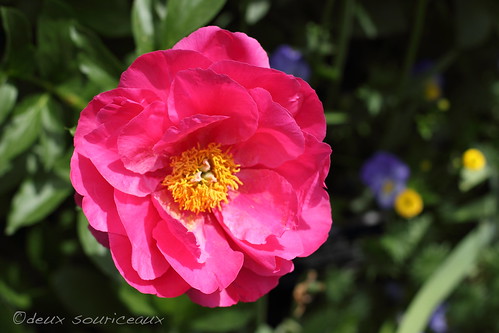 Love the crisp edges on that pink flower.  The bigger apertures really help make your subject stand out.  Which brings me to this one. 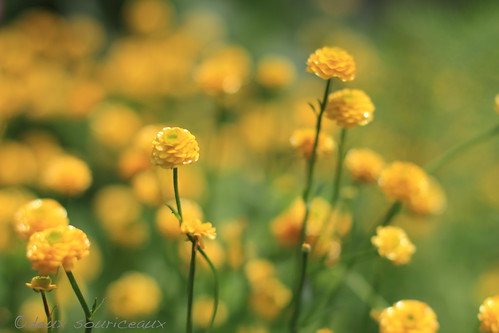 I used 2.2 here.  There were loads of these little yellow flowers.  More depth of field means that most/all the flowers are in focus so none of them stand out.  Here, only one of the flowers is perfectly in focus so your eye is drawn to that one.  But you still get a sense of the multitude of flowers.

I ended up only keeping one picture at a smaller aperture.  I don’t think it really needed such a small aperture.  There wasn’t a whole lot of distance between the foreground and background.  But I wanted to be sure it would be completely sharp so I went with 9. 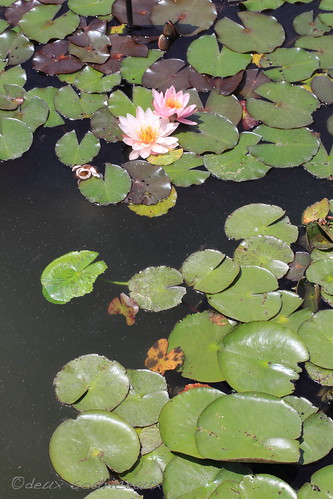 2 comments on “Photo Monday – At the Garden”