I’ve been looking for flowers to photograph as they bloom.  Why?  Because my remote control’s manual suggested it.  Problem: none of the flowers in the garden do that open during the day, closed at night thing.  I came up with something else.  Water.  More specifically, pouring water into a glass.

I set everything up.  I found the best lit wall in the house for a plain background.  I set the glass on a chair and the camera on a tripod.  And then, the remote control.  I programmed it to give me a 10 second delay and then take 10 pictures at 1 second intervals.  And I started.  175 pictures (I upped the number of photos to 15 a little later on).

Before I show you the 3 pictures I like well enough, you have to know that I didn’t have quite enough light.  One of the 3 was taken at ISO64000 and the movement still isn’t as frozen and clear as I wanted.  And because of the high ISO, it’s a little grainy.  You also have to know that I was heavy handed with the editing.  Apart from the watermark, I do all my editing in RAW.  Each of these pictures had the brightness bumped up a little, contrast and highlights bumped up to maximum, shadows and saturation bumped down to minium.  It was the only way I could find to get decent definition in the water.

So here they are, from my least favorite to my favorite. (The green is food coloring that I added to make the water stand out more from the background.  Should have used less of it.) 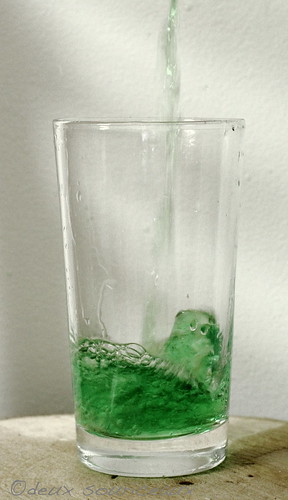 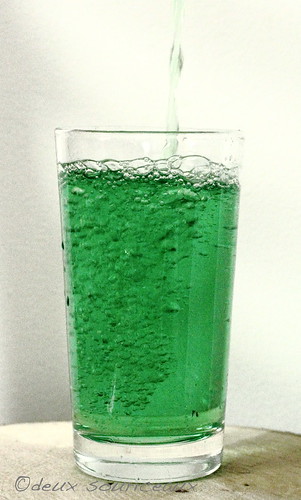 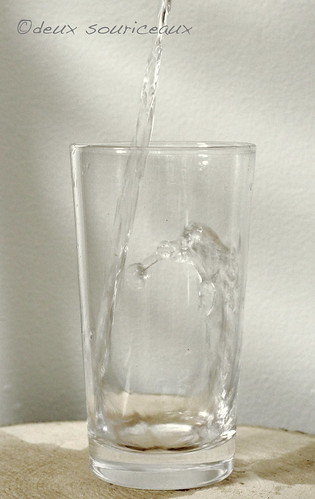 I’m going to need to work on this some more…