Still working with that remote and water.  I had an idea for something else but wanted to keep up witht eh water theme first.

(Note to people who think it’s been way too long since the girls have been featured, i.e. grandparents: they’ll be in a post this week.  Promise.)

It was bright and sunny on Sunday so I took the shoot outside.  I wanted to be sure to freeze the action.  Of course, that also meant I couldn’t get a nice uniform background.  Because I only realized after the fact that I could have taken my white watercolor paper outside…

I wanted to use the glass bowl but Mr. Mouse had used it to make salad (with calamari in it, delicious).  Vase, then.  I did do the water pour thing from last week once. 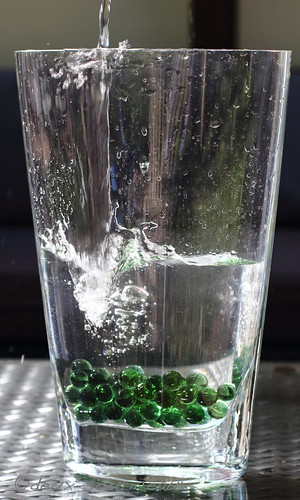 Somehow got the side of the vase before finding the center. 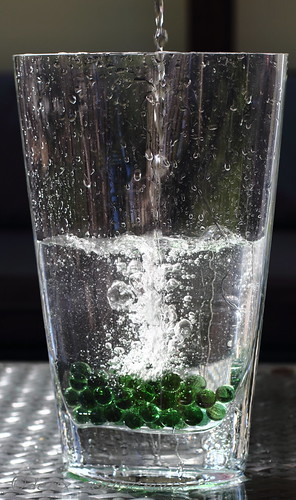 But that wasn’t the main event.  I chose to photograph the splash of a marble plunging in the water.

Why do I always think it’ll be easy?  I tried different angles. One issue is that the camera wasn’t taking pictures fast enough so I got a lot of pictures with nothing on them.  I was dropping one marble in at a time as fast as I could. 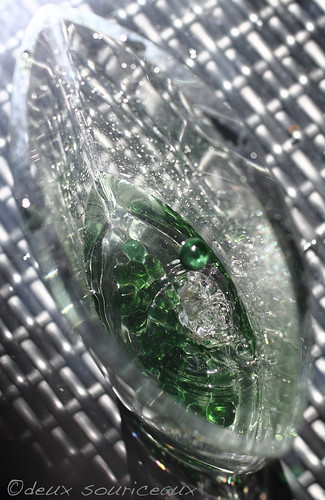 I like the marble suspended in mid air here. And the water’s texture.

I wasn’t getting much that I actually like so I started pouring a bunch of marbles in at the same time. 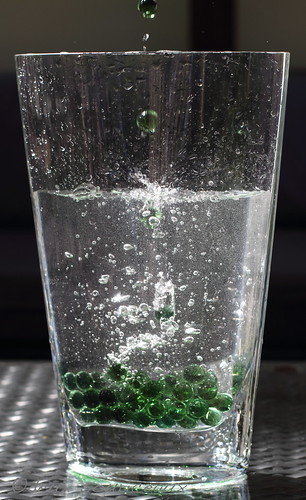 Still need to work on this…