Home › Creating › Sewing › So Not the Right Season

So Not the Right Season

I was melting in that thing during the photoshoot.  All in the name of stash busting, right?  This time, it’s a cotton hacci sweater knit.  I think it’s only been there a year.  Only. The fabric developed a bit of surface fuzz when I washed it and I suspect it won’t wear well but. I. Don’t. Care.  Sure, I’ll be sad when it looks too ratty to wear but I’ve found a cowl neck pattern that fits perfectly with no modifications and that’s better than anything.  Can you believe it?  Whenever I get a hankering for a cowl neck top, I can just whip one up!  Well, provided I have the fabric.

So, details.  This is the So Sew Easy aptly named Cowl Neck Top. I bought it after my first run through this one.  I was thinking of just tweaking that one but since I’d already bought this So Sew Easy one, I thought I’d give it a go.  Besides, it has better sleeve options (sleeveless, short, 3/4 or long).  I chose the size 37″ because it’s my upper bust measurement.  That means quite a bit of negative ease through the bust.  It’s a stretchy sweater knit so I knew it would work.  And then, there isn’t that much to say, actually. 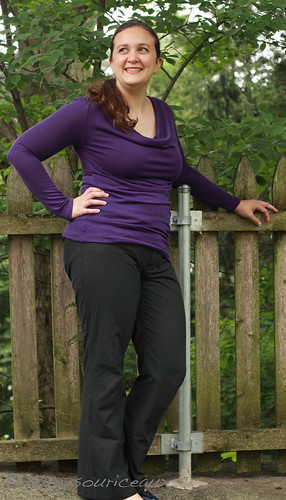 The long sleeves are snug but okay.  And they’re long.  The top itself is quite long too.  Upper back fits perfectly. 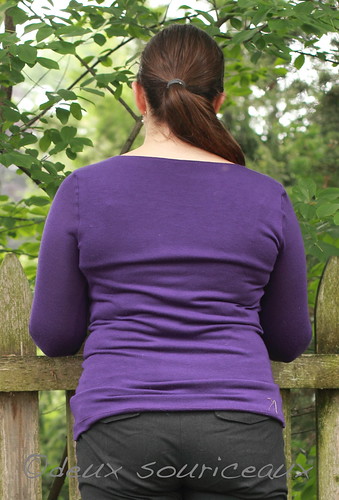 The pattern says to cut the front on the bias but I didn’t.  If anyone can tell me why I would want to cut a stretchy knit on the bias, please do!  I don’t get it. (Yes, the top is meant for knits.)

I didn’t have perfectly matching thread.  The one I used is too red but it’s not that apparent if you aren’t looking for it. 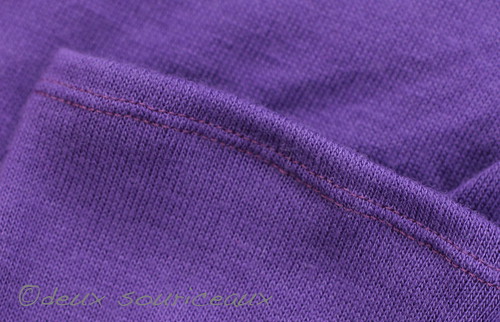 Next time, because you can bet there will be a next time, I might go up a size if my knit is less stretchy.  Otherwise, I think I have a tried and true pattern on my hands! 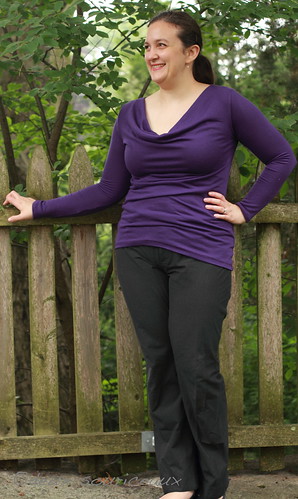 2 comments on “So Not the Right Season”