And We Shall Never Speak of This One Again

After today, I mean.

Little miss V is going to a new preschool in September and they have a looong list of things I must send in with her. On that list: two blankets (and other stuff too). One for covering the naptime mat and one for covering her I guess. I decided to send her in with one of her baby ones (it’s big and her name is embroidered on it) and… what? A crib sheet might have worked but I got rid of those when I got rid of the crib. All other blankets are hand knit or crocheted and those are NOT going to preschool. So, again… what? The easy solution was buy one. In case I haven’t mentioned it, we just moved to an apartment. Amount of stuff is an issue. Besides, I had old duvet covers I’d been saving up.

Enter E’s old duvet cover. I used to love it but I’m over it now. Blanket it will become. I also have some cotton batting to put inside. Hey! I could make a quilt out of it! (Says the girl who has never ever quilted.) I had a plan. Let’s see how it all went haywire.

1. I started separating the duvet cover into its two pieces. I thought it would go faster and that I would have a nice straight line if I ripped. Good idea, right? Only I discovered that a) it was cut and sewn off grain and b) one of the fabrics has gotten so flimsy that it ripped in both directions when I pulled (I mean, it ripped along the seam and perpendicular to the seam).

2. I can’t cut a big rectangle to save my life. Even if I use the supposedly straight wood floor lines. 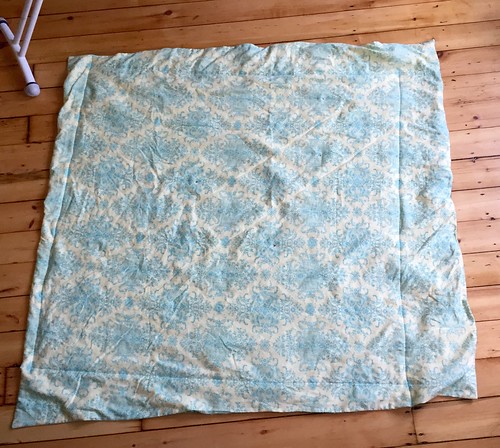 3. There’s a reason quilters use a walking foot/pin all over the place/use temporary adhesive/whatever it is that quilters do – I wouldn’t know since I’m obviously not one of them. My layers shifted all over the place and I ended up with a very crappy looking blanket. (Original plan was to sew the blanket right sides together to avoid binding. End up stretching the fabric out as best I could, pinning everywhere and sewing a smaller rectangle, then cutting the excess off. Which meant raw edges and probably binding.)

4. I tried to quilt it. I pinned all over and did two diagonal lines. And there were puckers on the back. I ripped it out, tried again. Nope. Still puckers. Like I said, not a quilter. The fabric couldn’t recover from my attempts and has permanent diagonal tracks… 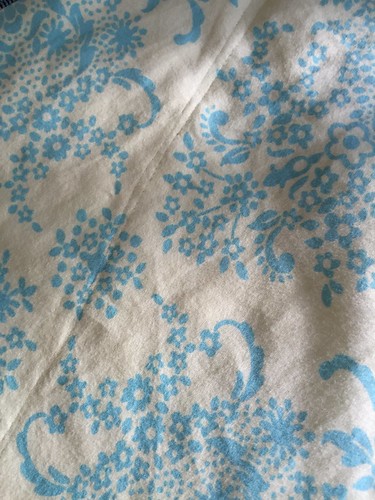 5. I found a spot where the fabric was fraying. Enter a sheep patch. Iron it on and umm, oops. I seem to have burned the fabric a bit. Crap. Didn’t think that would happen to cotton. Oooooh, now that I think about it, maybe it was a blend? 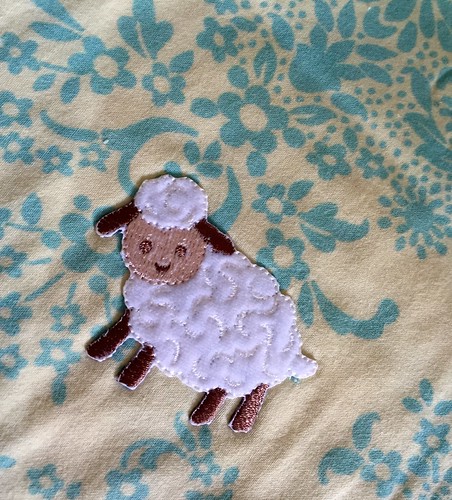 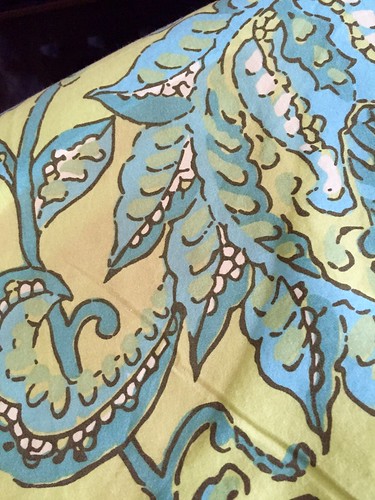 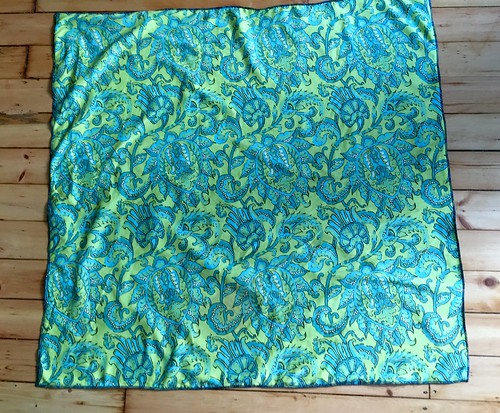 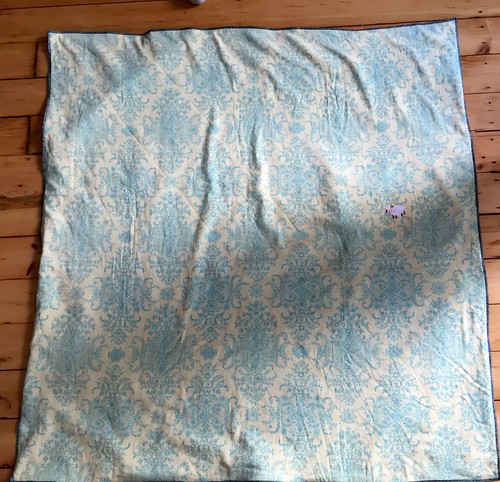 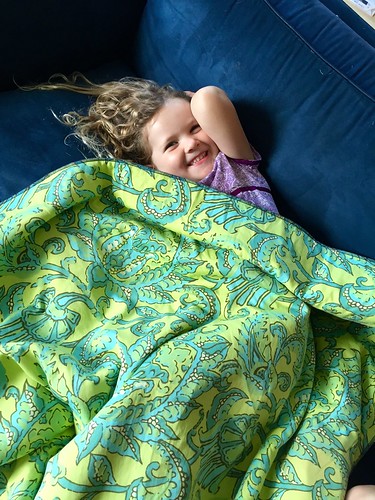 V seems to like her blanket! Not my best work by a long shot. I didn’t even bind the edges! Just some quick serging and done. 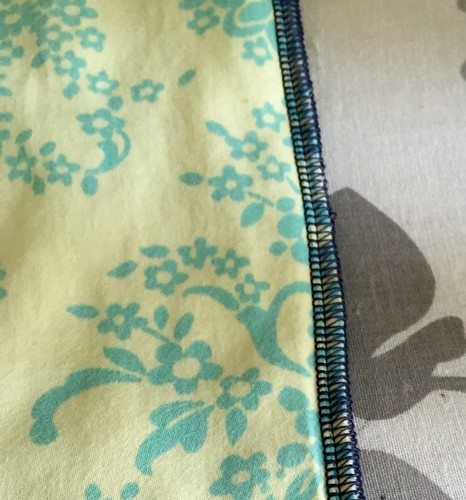 Eh, as long as it doesn’t fall apart before the end of the school year… and we will never speak of it again. Got me?