V has been obsessed with Wonder Woman for a few months. Do you have any idea how hard it is to find female superhero stuff? At least, V like the one that has the most merchandise…  Even then, I knew she would love a dress from Wonder Woman fabric but there wasn’t any. Avengers, Spiderman, Superman, Batman, X-Men…  Not Wonder Woman.  So when I saw this Wonder Woman fabric pop up at Hawthorne Threads, I just had to get it. And there was no question that it should be a Verona dress. I never had to think about it, it was just obvious.  I chose a coordinating Cloud 9 solid.  Honestly, I would have liked the red to be more, well, red, but it works fine.

V’s other Verona dresses were a size 3 and while she can still get them on, they’re getting small.  I switched to a size 4 and it fits exactly right. 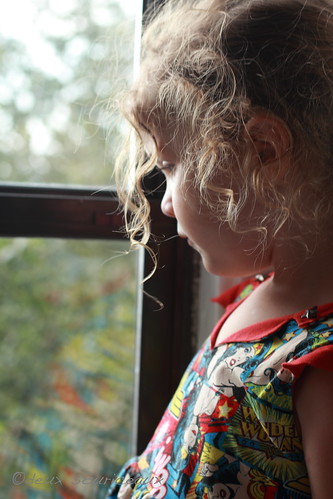 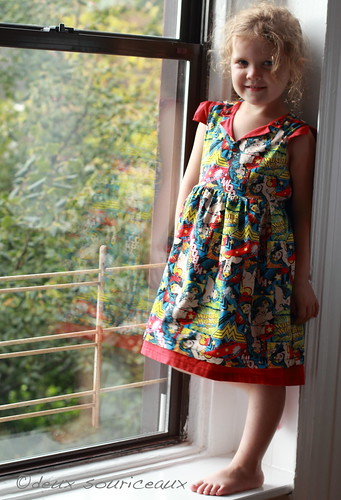 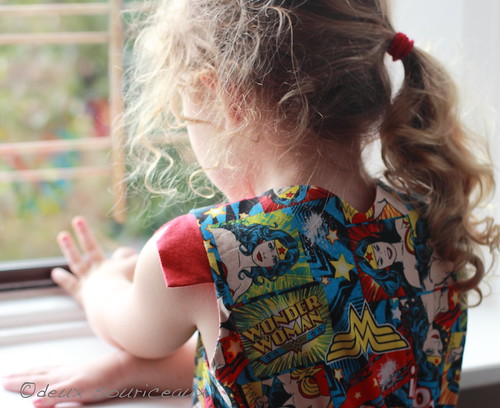 I chose the notched rectangular cap sleeves.  Because they felt superhero-ish. And star buttons (found at Pacific Trimming in NYC) to hold the collar down.  The stars have a bit of military feel to them that goes with the superhero theme nicely. 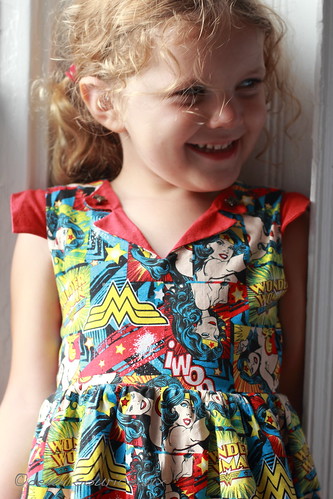 I used a zigzag stitch at the hem because, umm, I wanted to?  I had a reason for doing it but I’ve forgotten. 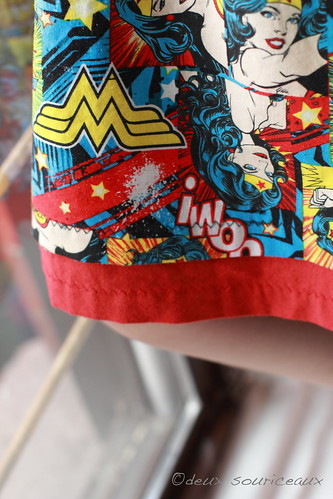 I confess that the upside down Wonder Woman symbol bothers me.  The fabric is great because no matter which way you look, something is going to be right side up.  I chose to have the words “Wonder Woman” be right side up all over but that symbol.  It’s annoying me. 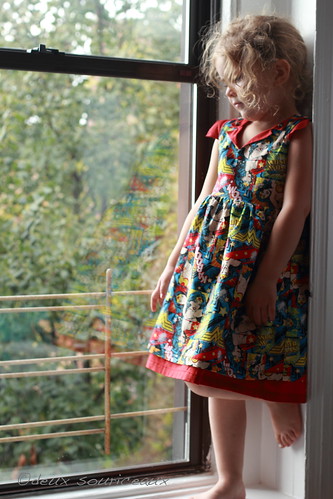 Eh, whatever.  V got some great reactions at school.  Her teachers probably noticed she also has a Wonder Woman lunchbox and a Wonder Woman water bottle… 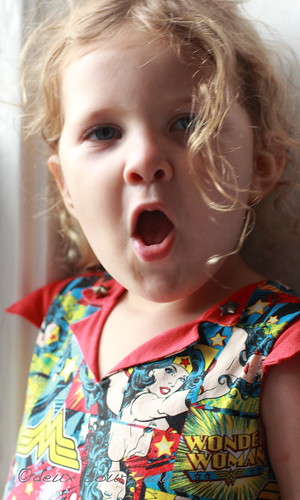