I keep meaning to make more knits on my machine and learning to sew them up.  It’s a sloooooow process.  So much so that I just never get around to it, preferring to sew up commercial fabrics.  And then, Pattern Review had a sewing with sweater knits contest for October.  Perfect to get me going, right?  A whole month ought to be enough, right?

Umm, wrong.  It turns out that this month is also Halloween.  And it turns out that I have two daughters who decided they just had to be Unikitty and Maleficent-the-young-one-from-the-movie.  Have you found those costumes in a store? Yeah, me neither.  I have to make ’em.  And that means sewing them in October.  Unless we move Halloween to November? I thought not.

Two weeks for the sweater then.  I’m using a commercial pattern : McCalls 6796. I figured having patterning all over the sweater would just take too long so I started by knitting a long length of jersey, enough for the sleeves as it turned out.  I added a length at a looser tension for the collar.  Since it’s two layers, I thought it might get a little thick looking otherwise. That’s when the idea of alternating stripes of low and high tensions came to me.  A main body that would tie the sleeves and collar together. 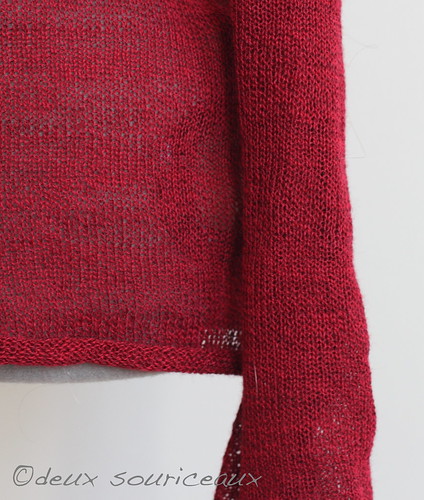 Squint a little.  Here’s some help. 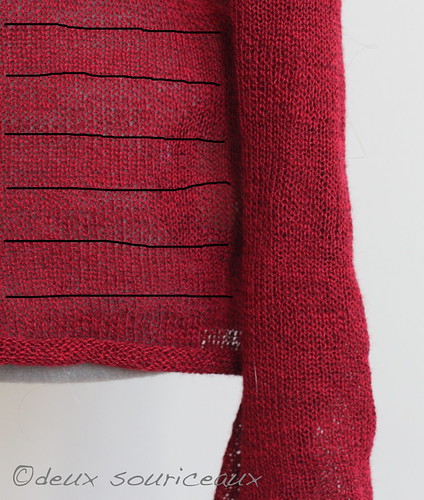 Now, do you see them on top?  Yeah.  Verrrrrry subtle.  And that’s where the “not slow enough” comes in.  If I’d gone more slowly, taken more time, I would have done some tests and realized that the stripes didn’t show up well. Before I’d knit over 1000 rows of them. (In my defense, they were subtle but visible while I was knitting them.)

But costumes.  So it’ll be a speedy slow sweater.  When I’m done. (And when I’m done, you’ll see the other stupid stuff that speed made me do… And it will look better than that picture down there.) 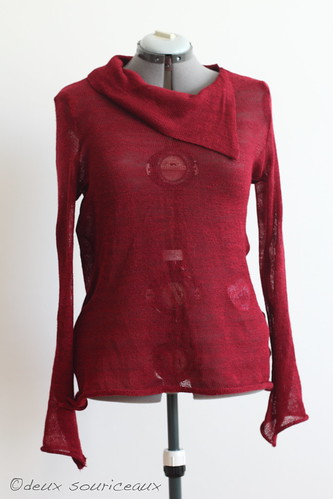 3 comments on “Not Slow Enough”