The husband had this sweater he bought from J. Crew.  Grey merino, so soft, and on sale.  It took next to no time for him to wear a lovely hole into one arm. 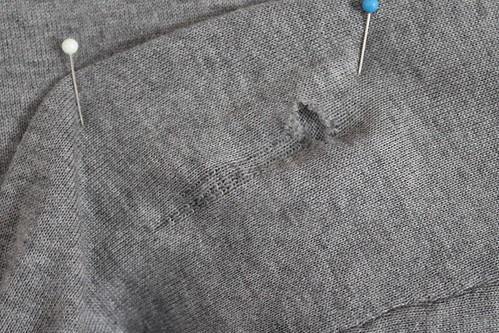 Also one in front that I don’t have a picture of.  He was going to throw it away but asked me if I could use it first (smart man).  I tried it on and what do you know? It fits me! It just needed some mending to be perfectly wearable.  I had these small sheets of felt that I made with the girls and I needle felted them over the holes. I also put a patch on the underside to make sure it would stay put. 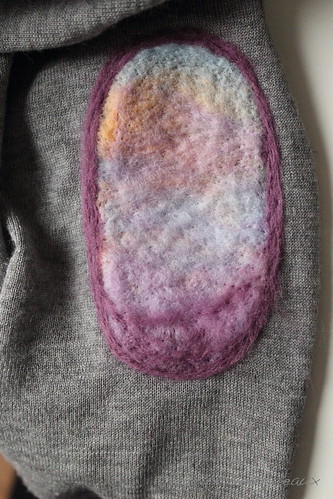 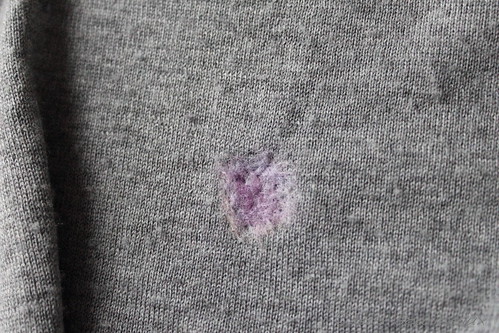 The husband thought the light purple on the front just looked like a stain.  And I felt it was a little thick on the arm but oh well.  And it got fuzzy.  And I really didn’t like the little felting needle holes.  I don’t really needle felt much so just chalk it up to inexperience?

But then, a hole appeared right next to the patch. 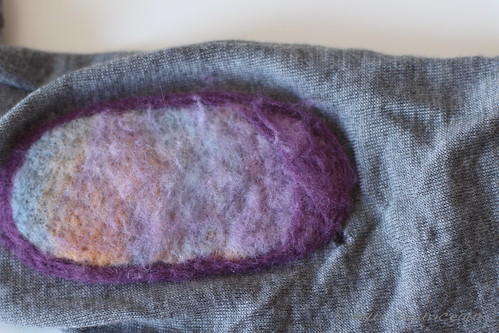 There must be a quality issue with this sweater.  I’ve never known a sweater to develop holes that fast. (And it’s not bugs.) Since I needed to make another fix anyway, I ripped out the arm patch but left the front one there.  I carefully fused a little bit of interfacing to the wrong side to provide support for my stitching.  And I darned. 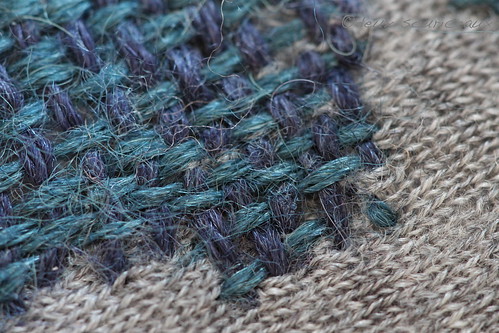 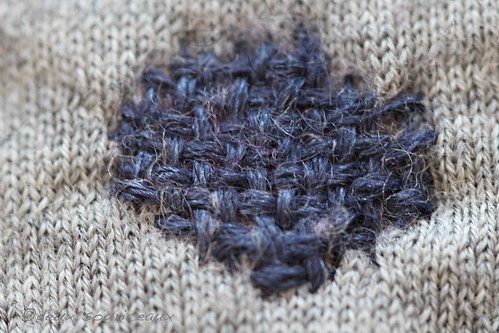 The yarn is alpaca – silk that I bought for my knitting machine.  I tried embroidery thread but it felt wrong.  This blends in so much better.  I covered the hole with yarn going one way and then did some weaving the other way.  Easy.  I stretched the arm out over a sleeve ham to do it.  I also darned over the front patch just so everything would match nicely. 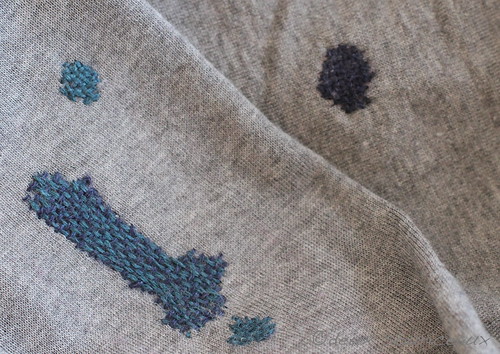 I like this so much better.  And it doesn’t look like a stain anymore!  I tried modeling the whole thing but you should have seen the contortions I had to go through to get that arm darning to show up…  These are the best I could get. 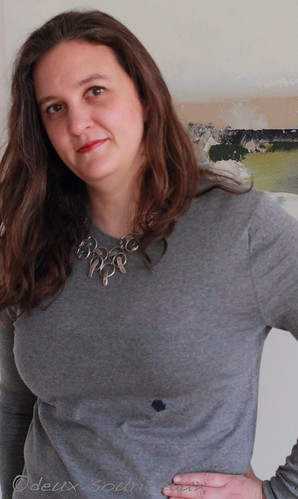 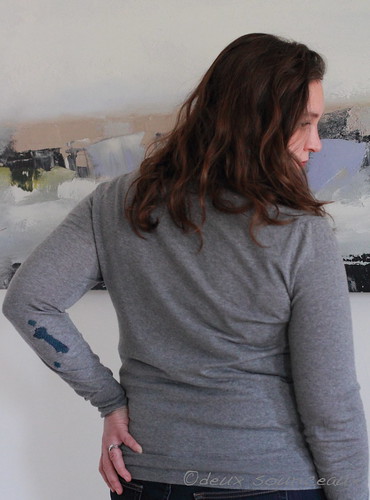