Home › Creating › Knitting › Project Run and Play – Nothing But Knits

Project Run and Play – Nothing But Knits

It’s baaack!  The first challenge is all about knits.  Perfect to finally dig in to some Birch organic cotton interlock I’ve been holding onto.  V declared it would be for her when she saw it so I decided to make her something.

When I was in Montreal, I went shopping with a friend and we both bought this tunic length hoodie. 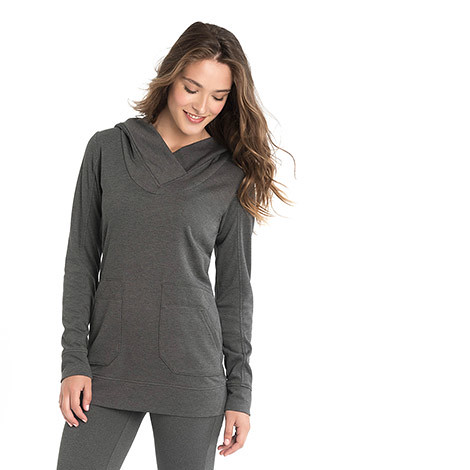 I loved the way the hood was made and the detailing on those patch pockets.  The neckband goes all the way around the generous hood.  And the pockets are sewn onto a larger quilted layer.  I decided to borrow those features for a dress for V.  I started out with my trusty Jalie 2805, V-neck version, in one size larger than I would normally use for V, which is why the neckline is a little bit wide right now.  The idea is for her to be able to wear a long sleeved top underneath and for the dress to become a tunic and a top as she grows up. 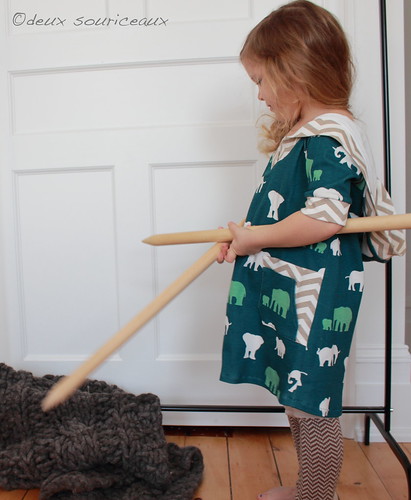 I wanted to have a wider band than the one from the pattern so I scooped out the neckline the same amount (so the neckline is the same depth and width as the pattern’s in the end).  Then, I copied the hood from the cape in the Oliver + S Little Things to Sew book.  It fits just right on V so I thought it might work here.  Only I didn’t account for the fact that it was designed for wovens whereas I was using knits…  So it’s nice and big.  It actually fits my head! I modified the bottom edge to follow the neckline and changed the seam allowance to match the Jalie 1/4″.  I removed some width from the top and sides to account for the band that goes around hood and neckline. The hood is lined with the lining’s neck edge slipstitched into place. 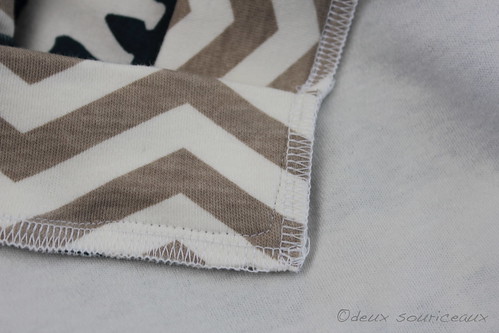 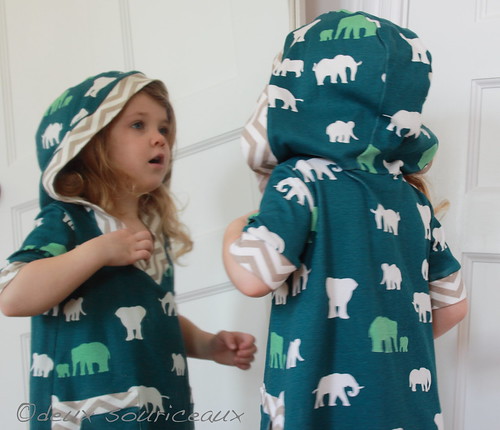 So that’s the hood and neckline. To transform the T-shirt pattern into a dress, I grabbed an A-line knit dress from V’s closet and copied the line.  I made this maybe an inch longer than the dress.  I drafted the pockets and background panel, using my tunic as inspiration. Instead of quilting, I went with a contrast fabric (also Birch). I had V try the dress on and place her hands on herself to see where the pockets should go.  I made them as big as I could while keeping the balance.  And they’re just big enough for V’s hands. 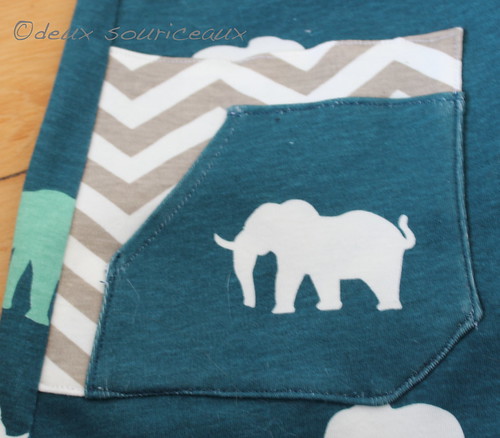 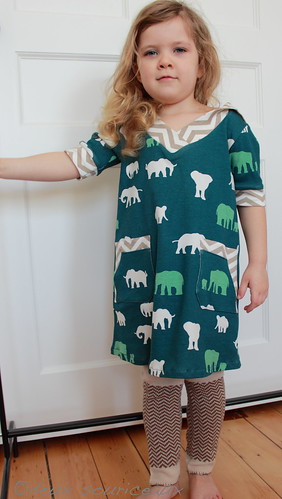 I couldn’t let the all knits week go without making a little something on my knitting machine.  I would have liked to make something more elaborate but time…  There’s never quite enough of it, is there?  So I made leg warmers.  And I love them! 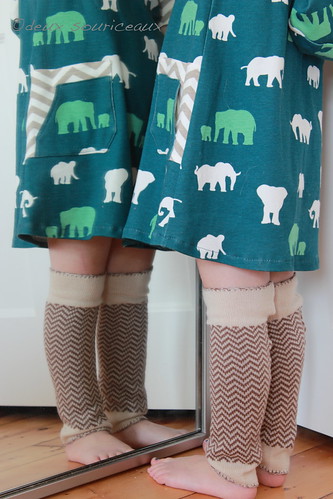 They’re just a tube with crochet at the top and bottom.  I made them wide enough to wear over tights or leggings.  I’ll make some for E when PRP is over.  She thinks they’d be great for skating. I’ll tell you a bit more about the leg warmers on Thursday.

Pictures! I had cleared a space in our bedroom for the pictures.  White wall, wool and knitting needles as props… But nope.  She decided she was going to pose right in front of the wardrobe doors, right where I’d moved the temporary rack.  And she couldn’t stop looking at herself in the mirror and playing around. (Oh, and for those who know that V’s hair is shorter, I cut her hair right after these shots!) 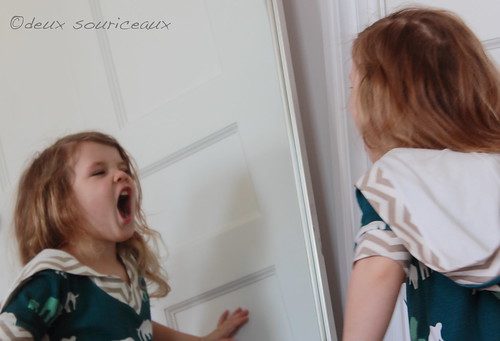 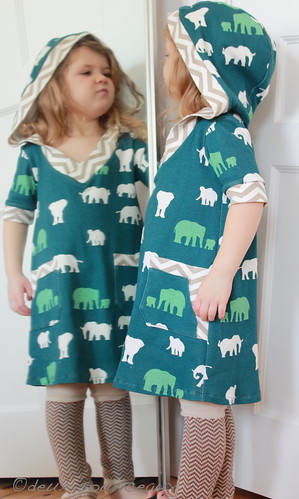 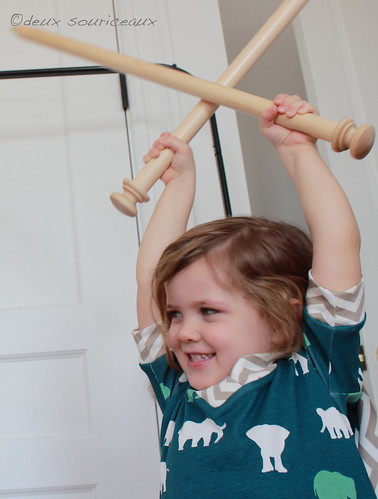 16 comments on “Project Run and Play – Nothing But Knits”