This week’s challenge is cosplay.  Fun, right?  So many characters to choose from…  But no costumes.  Since I had tons of colorful knit left over from V’s Unikitty costume, I thought I could find one of the ponies from My Little Pony to make something.  Only, you know what?  That’s so like Unikitty. I made that costume so that parts of it could be worn as regular clothes. And then, I thought about the challenge.  “Inspired by the cosplay craze”.  Not inspired by a character.  So I decided to go for a style that you could see in cosplay rather than a character.  Any guesses? 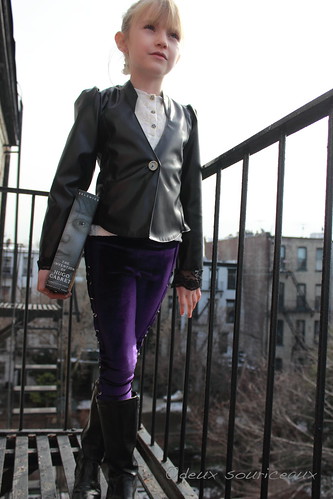 Steampunk.  Inspired only.  I didn’t want to go overboard. And if you want a character, I don’t have one.  But I did think of The Golden Compass quite a bit while creating this look…

When I think of steampunk style, I think of victorian style clothing but with leather and hardware.  Well, that’s the short version at least… I settled on a three piece outfit.

First, a blouse. I tried to give it a vintage look with cream colored voile and a lace bib.  I drafted it from a bodice sloper and I have so much to say about it that I decided to save it for Thursday’s post.  The metal buttons are the added hardware. 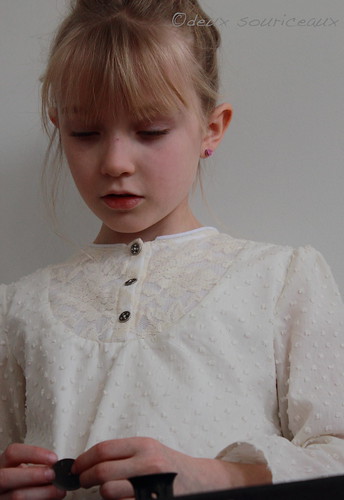 Second, a legging. A long skirt in that style wouldn’t have been practical and it would have veered off into costume territory.  Purple stretch velvet, thank you very much.  Horrible to work with but both girls are crazy about the fabric.  I used the basic Dressage leggings as a base and added a little bit of width (2″) to make two pleats. Then, I added metal eyelets to the pleats and laced down the side of the legging.  I was smart enough to add interfacing to my pleats to support the eyelets but apparently, it isn’t enough.  They keep falling off!  I’ll have to add some grosgrain on the underside and redo the eyelets. 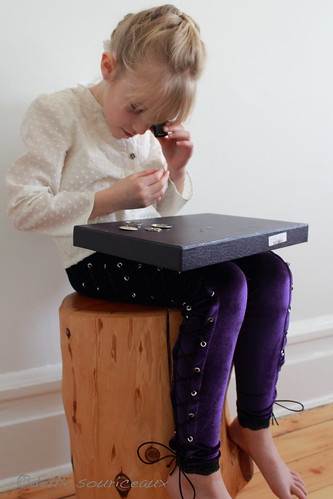 And finally, the most important piece.  The Phresh Blazer by Winter Wear Designs in stretch faux leather. The ruffles reminded me of those bustles on the back of late victorian dresses and the puffed sleeve also had the vintage look I was going for.  I made the pattern up as is, skipping the pockets and adding lace trim to the sleeves. 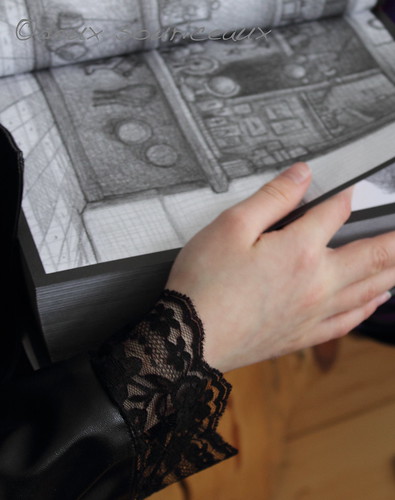 Instead of using fabric for the ruffles, I used velvet ribbon and lace trim that just happened to be roughly the right width. 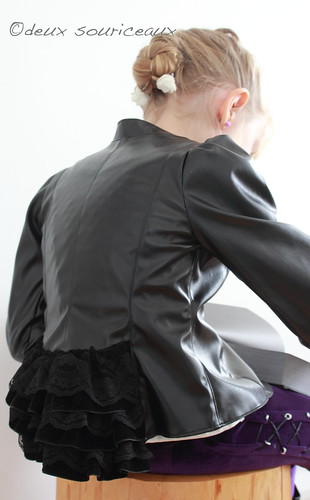 The ruffle section ended up being a little longer than the pattern piece so I couldn’t actually hem it properly.  Eh, this faux leather doesn’t fray at all.  I manhandled pieces of hit, stretching it this way and that and the edges never budged.  It’s very sticky, unpressable stuff though.  I had to use my teflon foot.  I tried to use my ditch stitching foot for the top stitching but it was just too sticky.  And I couldn’t skip the topstitching.  I couldn’t use heat on the fabric and it would not hold a crease. I topstitched every seam that I could to get them nice and flat. I didn’t even attempt a buttonhole after that!  I used a snap instead. And then, the button.  Do you see? 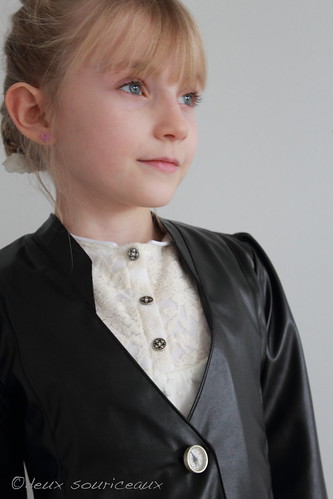 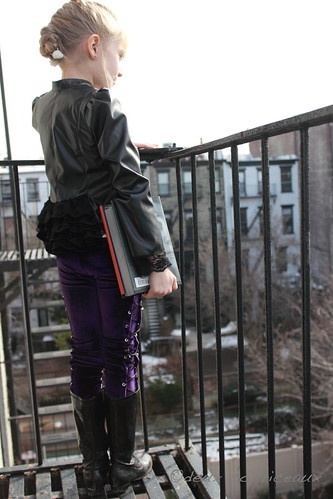 So there you have it.  Steampunk inspired outfit and a hit with E. 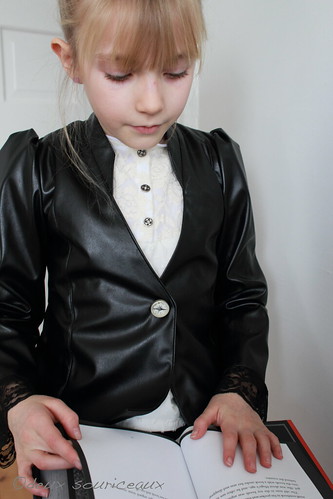 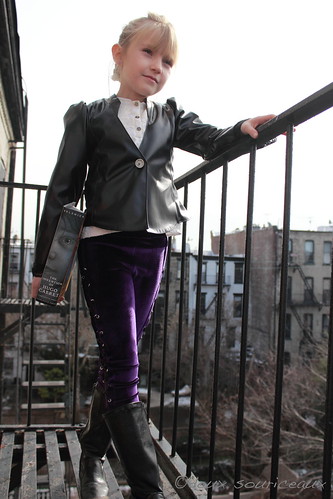 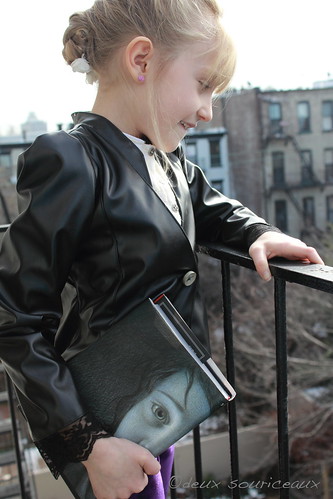