Certainly not my plans for next week’s Kids Clothes Week! (Between that and PRP, I’m not sure when I’ll get to sew for myself again!) 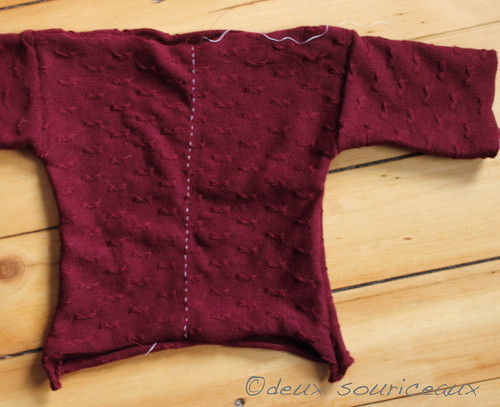 It’s a little sweater for the last week of PRP actually (and it needs to be steamed something fierce).  It’s been moving so torturously slowly.  I wanted to be done by last weekend so that I could focus on E during her week off.  But I’ve been fighting off cold viruses.  For almost three weeks.  I think I’m finally on the mend but I thought that two weeks ago and promptly got even sicker.  I had to slow down and rest whenever I had a chance.  So the sweater went slowly and I had to stop the knitting before I was well and truly done.  And I’ll be doing fewer outings with E this week.  Which is actually probably good. She’s getting one activity per day and then she has to let me work a little before we go get her sister at preschool.

But I have this much done! Only need to figure out the shape and finishing on the neckline, the finishing at sleeves and bottom, and how I want to close it. Close it, you say? See that white stitched line? 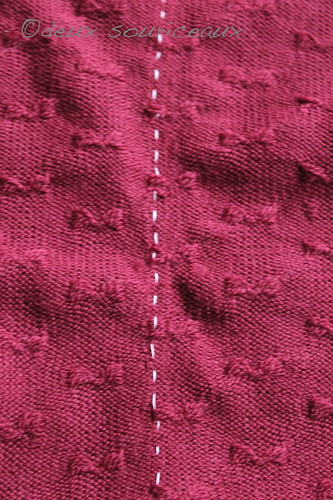 It’s center front and I need to cut it open.  I know, I could have centered the pattern better.  I was sick, working with half a brain at best, and too tired to start over.

But hey, it’s stitched together now!

And open!  (I sewed a line either side of the white one so opening it up wasn’t scary at all. And yes, I just did it after taking the other pictures because I had the sweater in my hands so I might as well do it, right?) 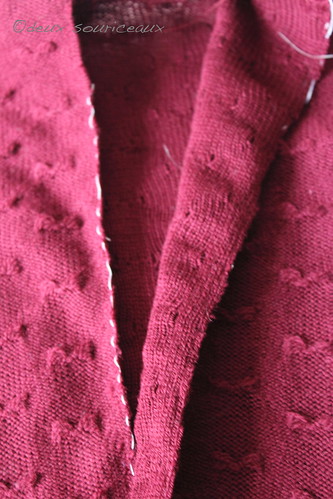 Tomorrow, the finishing. That’s always the scariest part for me…  I hope I don’t get sick again.

2 comments on “Working On”