We went to Prospect Park yesterday.  I hadn’t done portraits in a while so I figured I might do some.  I love taking pictures of my girls.  They just don’t cooperate all that often…

There was some sort of event at Lefferts House.  It’s a historical house and today, they had old stilts, hoops, felting…  The girls loved trying out the activities and I tried to get good pictures in the crowd.  I used a large aperture in the hopes of blurring the other people enough to make them non intrusive in the picture.  The downside is that if autofocus picked the wrong thing to focus on, the picture wasn’t as awesome as it could have been.  Like here. 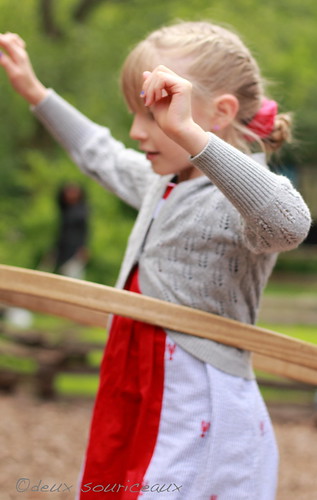 And even then, I still had to do a lot of cropping.  Even blurry, some people just stand out. 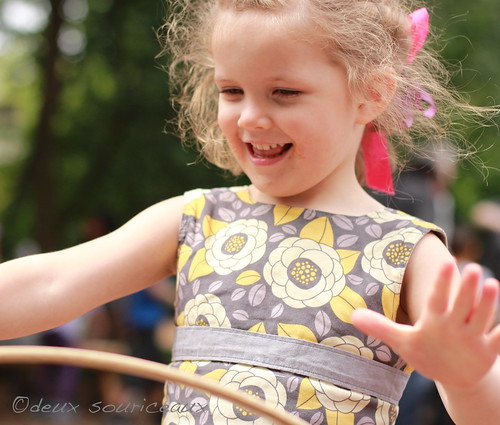 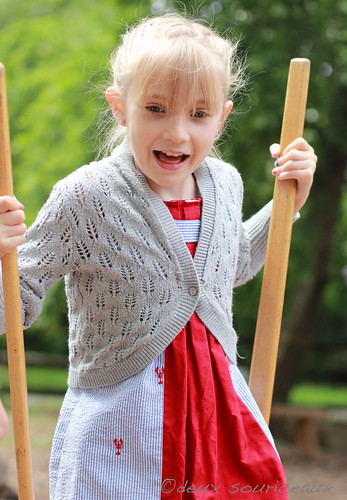 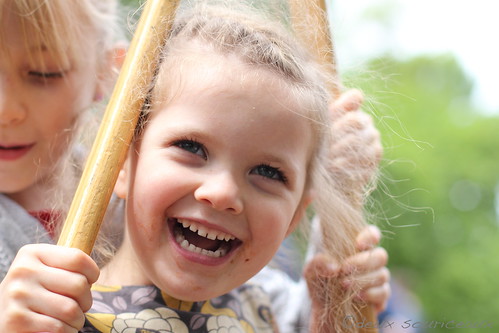 And then we visited some other kids… 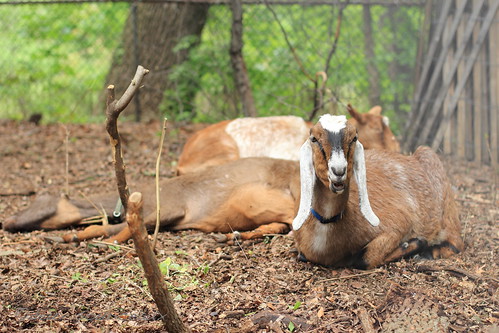 Okay, fine, technically, they’re adults but once upon a time they actually were kids!  These are just on loan.  The area they have been put in was badly damaged when Sandy hit and weeds have since taken over.  The park wants to plant new native trees and shrubs but first, the weeds must go.  The goats are here to eat up the weeds until they can’t grow anymore and then they’ll go home.  Don’t you just love this initiative?

We stopped by this natural playground before going home.  It’s sandy and all the play structures are actually dead trees.  It’s really cool! 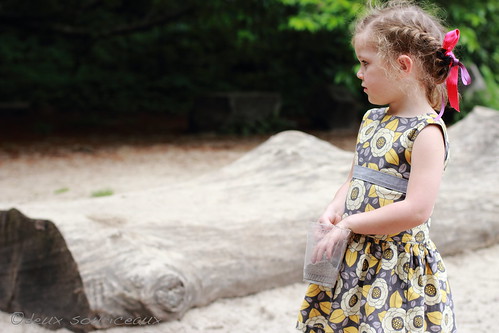 And with all this, the girls walked over 8km (5miles).  And V only started complaining when we were 5 minutes from home!