I knew we would all get sick of castles after a while.  Besides, everything we read told us we needed to visit some islands.  We had no time for the Orkneys and Shetland but we could get to the Outer Hebrides (OK, we only had time for the Isle of Lewis and Harris) and the Isle of Skye.  So we did.

(I’ve said before that Scotland is very green but yellow and purple also stood out.) 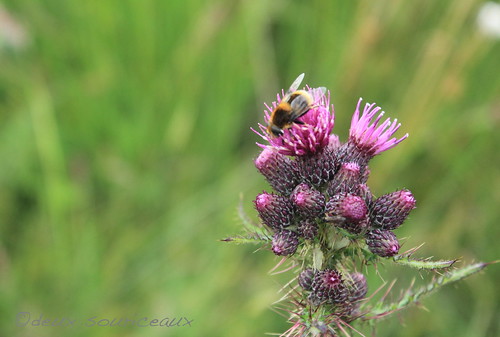 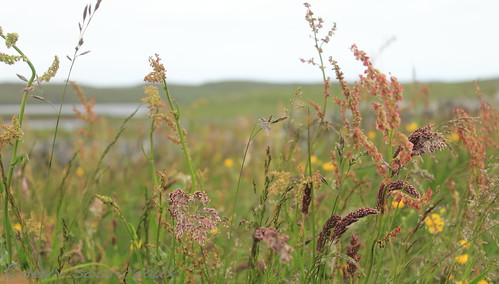 On the Isle of Lewis, we went to the Callanais Standing Stones.  They inspired the stones from Brave so they were obviously a must. 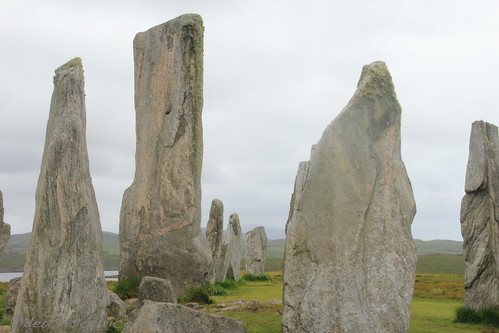 We also went to see a blackhouse.  The one we visited had people living in it as late as the 60s! No plumbing or electricity.  Just stone walls and a thatch roof without even a chimney for the smoke to escape (the kitchen area was very smoky but safe: the smoke escapes through the roof). 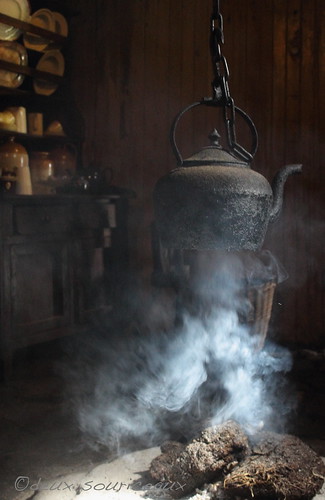 The next day we drove down to Harris which is the same island but with a different name.  Go figure. 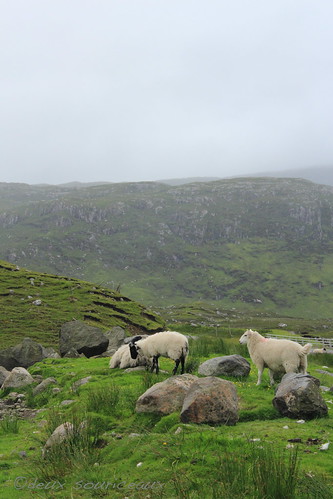 We took a drive down one side of the coast all the way to St Clement’s church then back up on the other side. 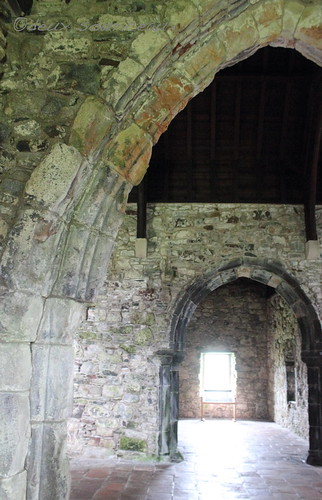 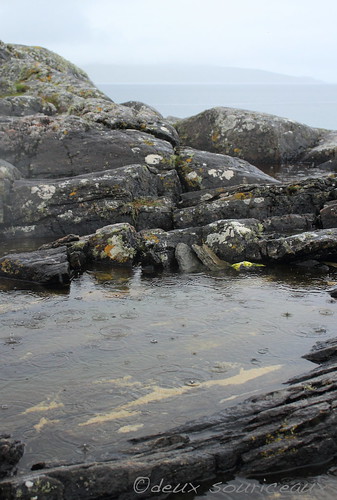 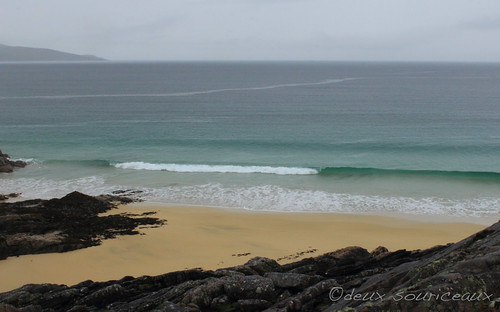 We took the ferry to Skye that night and planned on touring the island the next day. There’s some gorgeous hiking to do there but we had a cloudy and rainy do.  Still, the moody weather totally suited it. 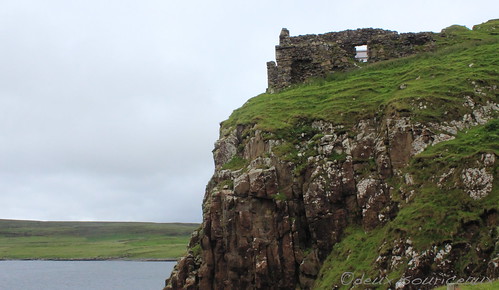 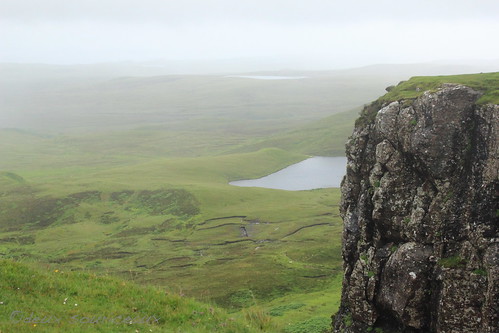 I insisted we make a side trip to this little area called Fairy Glen and I’m so glad I did! You’re driving along and all of a sudden, you’re in this small valley with these conical hills, a pond, moss growing over stone ruins… It’s a truly magical place.  The photos just don’t do it justice. The girls enjoyed it.  An uprooted tree was obviously a fairy house.  The stone circles that people made were fairy dancing circles.  Definitely worth the detour! 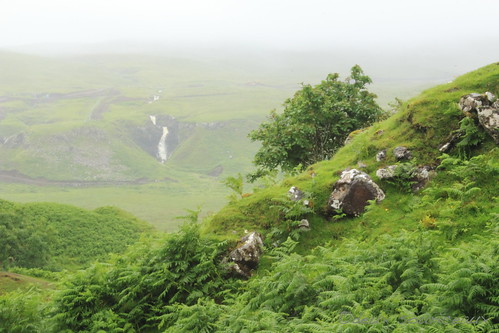 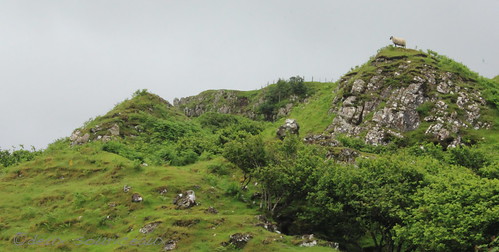 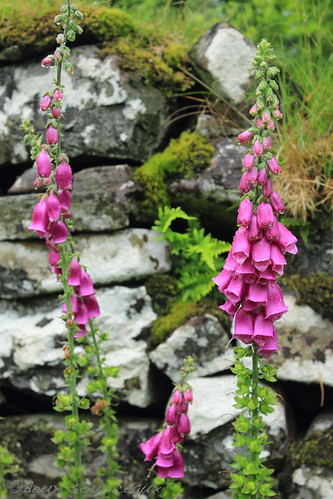 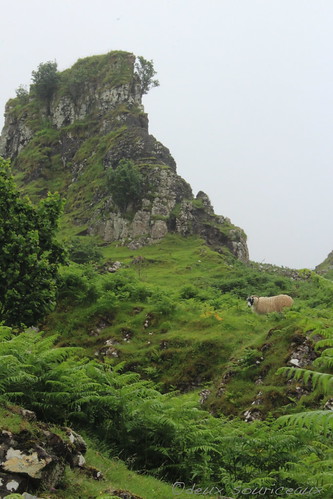 4 comments on “Photo Monday – The Isles”