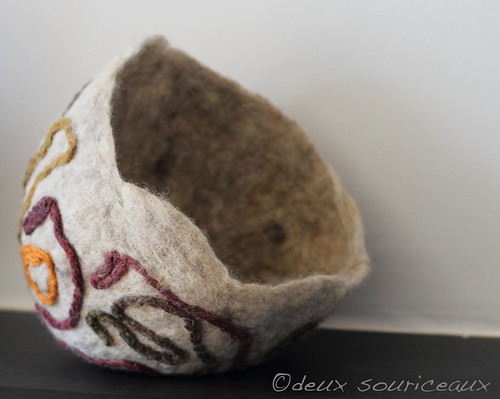 What do I think of the kit? Well, one item was missing from it (the pantyhose tops) but I wasn’t willing for them to send some so I just bought my own from the drugstore.  There was plenty of wool to make a nice, thick and sturdy felt and some yarn in autumnal colors to decorate it.  And a reusable ball (10″ diameter) to use as a resist.  It’s a little hard to inflate but adequate for the job (it comes with a straw that you remove to insert the plug but the air start coming out as soon as you release the straw even a bit). The instructions weren’t bad but they don’t tell you how to make “soap glue”.  They say it should be more soap than water and be very tacky but that’s all.  No proportions or anything.  I ended up just using straight dish soap.  It worked okay. 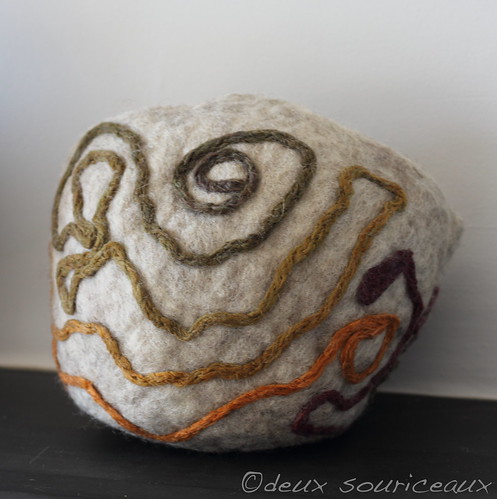 (It looks a little flat on top here but I swear it isn’t. Colors are most accurate here.)

I mostly followed the instructions but only used one pantyhose top with the legs tied off and managed to get it on the ball by myself (instructions suggest getting one or two people to help). 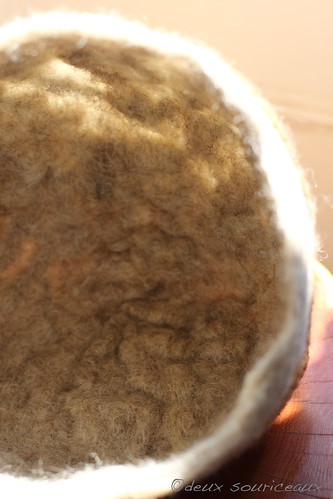 The wool felted really well but each time I checked, the yarn embellishments provided with the kit were not sticking at all.  You would expect the kit yarn to felt well, wouldn’t you? I had some other stuff that I’d thought of using instead but didn’t because I thought the kit stuff would surely work better… Anyway, I kept working at it but was making no progress so I needle felted them in place.  It worked but by then, I was just done.  I think I could have messed around some more to change the shape but like I said, I was done. Next time, I’ll try using my own embellishments and try messing with the shape some more. 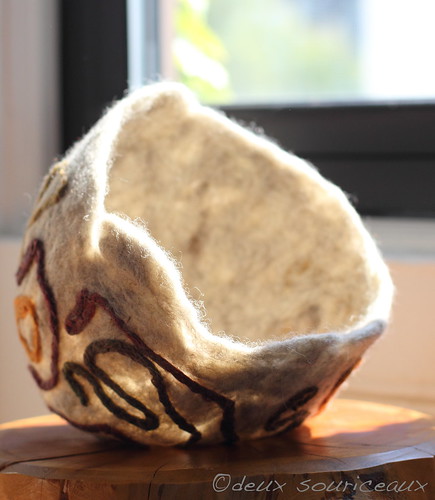 I placed it a little on its side and shaped it a little and let it dry overnight.  There are some thinner spots that you can see where the light shines through but I couldn’t feel them with my hands.  Weird. 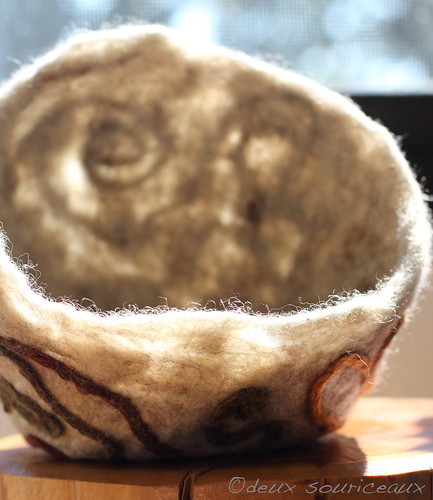 So now, what do you do with one of these?  It’s felt so nothing liquid, i.e. no flowers.  And no food.  So… Just decorative, I guess? I’m sure I’ll find something to put in there. 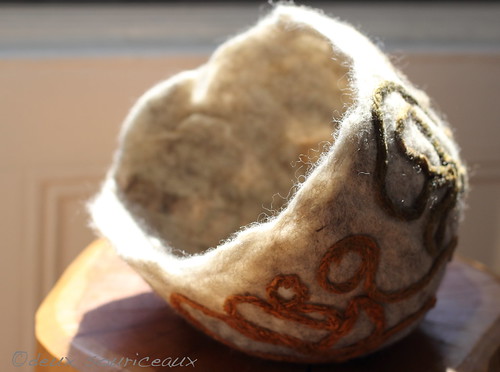 2 comments on “Felted Bowl and Review”