This second PRP challenge was another hard one for me!  I love Autumn colors but they don’t love me so I hardly ever buy them.  I only try to keep a smidge of them on hand for contrast.  But I got lucky!  Some time ago, my mother let me have some of her old fabric and I picked two pieces of yellow fabric with a flower print.  The pieces were quite narrow but I managed to get a size 5 Library Dress (Oliver + S) out of one of them. 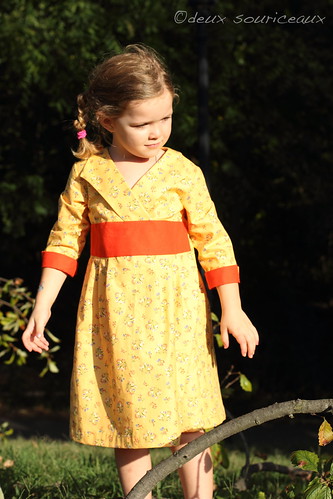 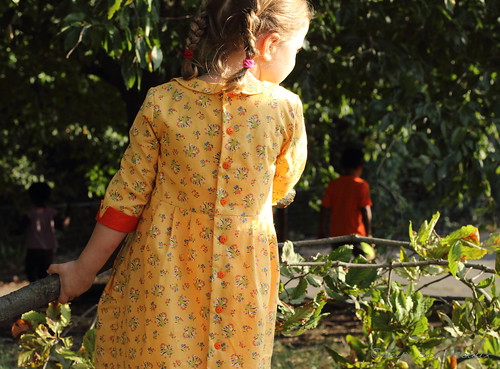 I was going to use a burgundy cotton as contrast but switched to orange at the last minute.  I used the orange on the cuffs as well. 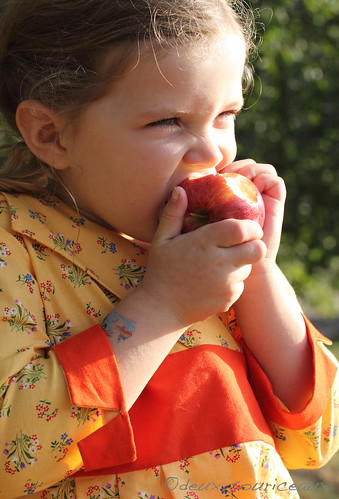 And that’s it.  No modifications or anything. But now I’m thinking I should have added a sash in each side seam so that it could be tied in the back.  Woulda been so cute!

For the jacket, I got lucky again! My mother brought me back an old skirt from France.  I think it used to belong to one of my cousins? Not sure.  It was a straight wrap skirt with a single patch pocket.  It made  a decently sized piece of fabric with no seams. It’s a wool-nylon-cashmere mix with a bit of give.  Well, either that or I cut it off grain.  It was very hard to see the grain and I got a bit of boiled wool impression from the fabric. Cut edges seemed like they wouldn’t fray (but I finished them anyway). 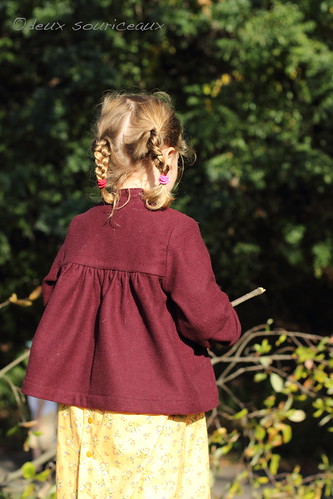 The jacket is the Sunday Brunch also by Oliver + S, szie 5 again.  V is actually more of a 4 but I figure this gives her room to grow.  I kept the skirt pocket but didn’t have a lot of placement options.  It was pretty close to one corner of the skirt.  I put it as low and to the side as I could but it’s still a little close to the center. 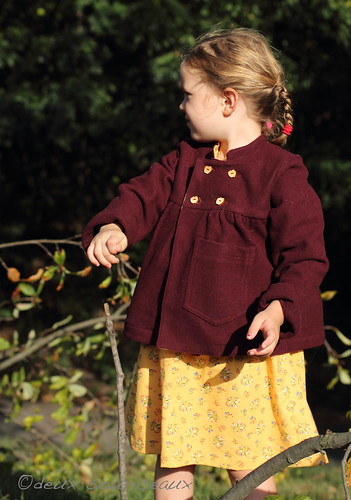 I used the yellow flowered fabric for the facings and some of the bias inside the jacket.  The rest of the bias is the same orange as the dress.  Side and armholes seams were just serged to reduce bulk.  The inside collar is also in the dress fabric both to reduce bulk and make sure it isn’t scratchy.  (V had told me the fabric was a wee bit scratchy on the neck.)  I graded seams at the waistline and neckline, to reduce bulk again. 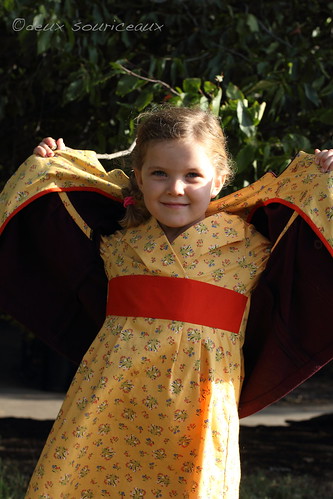 Wooden apple buttons! I had planned on putting them on the dress at first but they just felt like a better fit on the jacket. 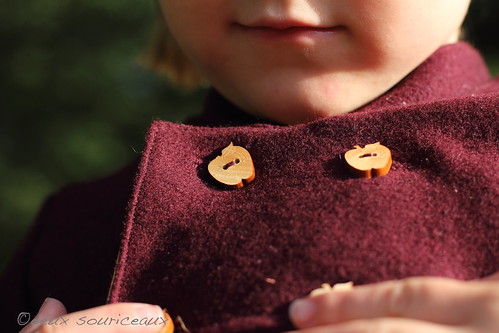 I had planned on adding some machine knit embellishments but after an afternoon of messing around, I couldn’t get anything satisfactory so I skipped it.  The girls have a bunch of scraps to play with now… 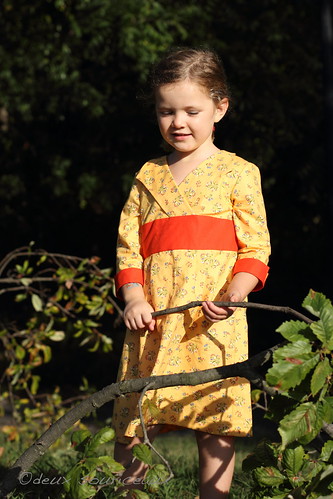 E has told me she plans on stealing her sister’s dress every so often.  She’s almost 9 but still fits a size 5 in width and likes her dresses and skirts on the short side so it’ll probably work! And at worst, she’ll wear it with leggings.  I said they may as well just share all their clothes then but she gave me a look… 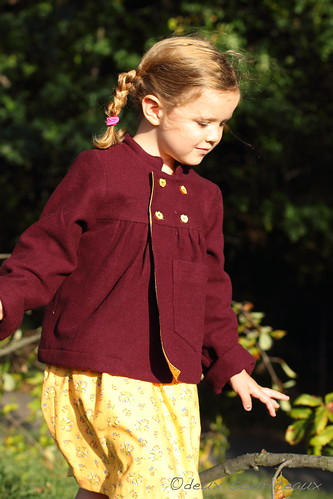 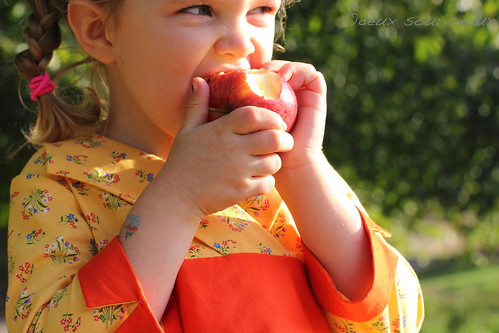