Posted on November 7, 2016 by deuxsouriceaux — 2 Comments

The other day, I went up to the roof.  Just to check.  When we came back from our weekend in Rhinebeck, M went up for some reason and found people there, lounging on our deck.  Random people we’ve never seen before. M says they were about college aged and from two doors houses down.  That roof has nothing and they just decided to come over and use ours instead. (The houses are brownstones, all huddled together.  There isn’t any space at all between them.  You could walk almost the whole length of our block just going from roof to roof.) Ever since, I’ve been paranoid about it.  It’s been colder so I haven’t been worried but the other day? Sunny and lovely so I checked.  No one was there but I did notice that some plants we bought in Spring had flowered.  They looked dead all Summer long and all of a sudden, they were blooming!

I went back yesterday and there they still were, like they hadn’t realized it’s November and they should be dead. I’ve been in New York for 7 years. I know it never gets as cold and snowy as Montreal.  Winter starts later, never gets truly cold, and ends earlier.  Still, I’m always surprised to see flowers so late in the year.  I might never learn. 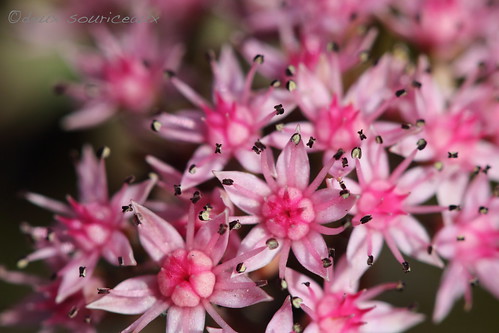 (That’s not the same succulent as before.  This is another one, probably the same kind.) 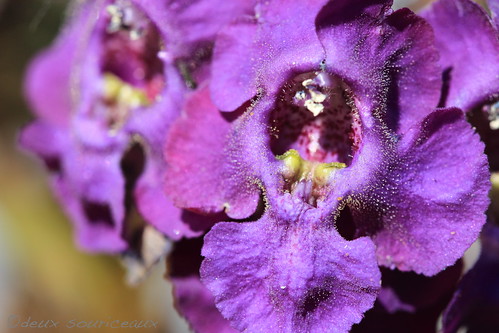 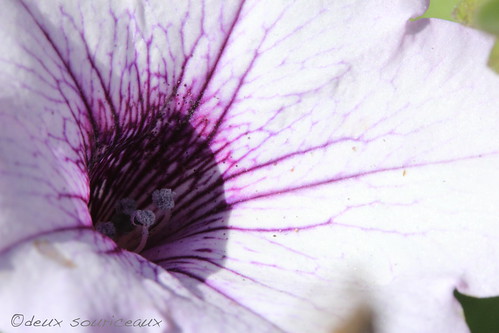 (Don’t ask me what these plants are.  The kind of thing you get at the farmer’s market in Spring.  That’s all I’ve got.)

While I was there, I tried to get some landscapes, still with the macro lens. I’m wacky that way. 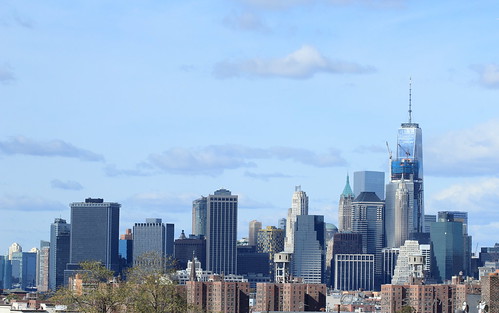 I feel like I always get the Manhattan view so I tried to get another one.  From another angle, I have treetops, rooftops, and, far away, the Verrazano Bridge.  It has its own charm.  I thought I had a good one, but then, when I went to watermark it, it didn’t work.  I’ll try again.

2 comments on “Photo Monday – From the Rooftop”