Remember the Divided Dress I tested? During that test, the idea of a simpler, less expensive version came up, the United Dress.  (You can either get it for 5$ or join the Jennuine Design Facebook group for an additional discount code. )Since I was done with the first dress, I tested that simple dress in V’s size. 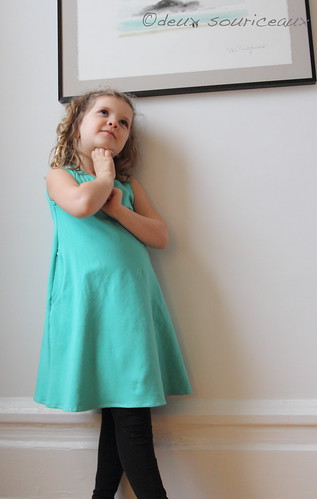 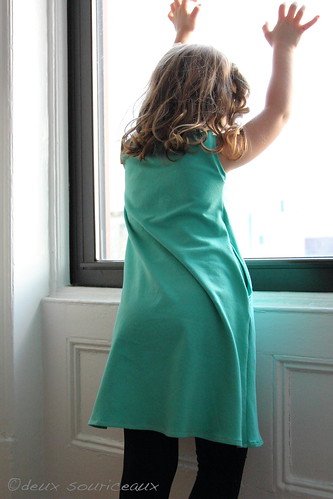 It’s called the United Dress because it’s like all those divided pieces have been united.  It’s sleeveless (banded armholes), has a banded crew neckline, and those pretty pockets from the Divided dress. 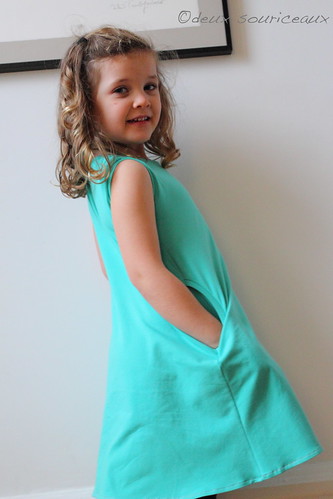 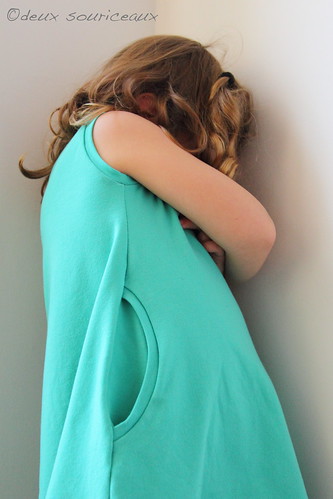 Note that the armholes are tighter on the United dress than on the Divided dress (I think but I’m not sure; it’s been a while but I do seem to remember a discussion about that in the testing group).

I used Art Gallery cotton-lycra jersey here and I had meant to do something to the fabric.  I was going to use this discharging paste to make a design but I’ve done that before on this exact same fabric.  Then, I was going to use this fusible silver stuff I have but I wasn’t inspired at all.  A plain dress it is then.  I may appliqué something onto it at some point.  Or dye it.  Maybe.  (And now, I’m all excited at the idea of overdyeing it shibori style with a darker greenish blue or blueish green.  Oh! I could combine that with discharging!  Some tests may be in order…) 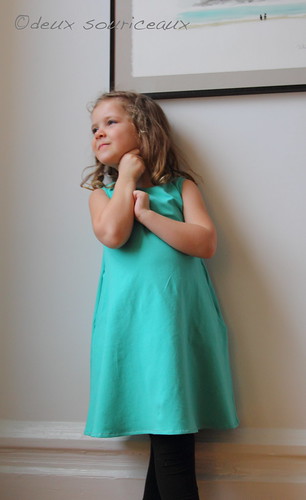 In the meantime, V enjoys wearing it.  And I’ll enjoy her wearing it when it gets a little warmer (she refuses to wear anything underneath and lets her cardigans flap open). 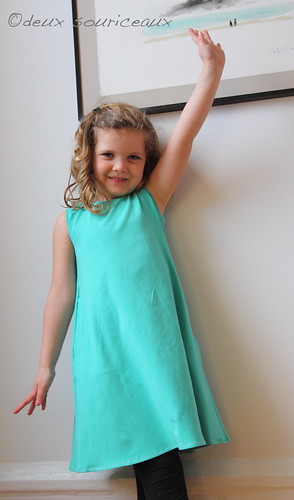