I bought a few Craftsy photography classes during one of their innumerable sales and this was one of them.  I managed to watch all but one video before the holidays.  I hadn’t gotten a chance to practice before so when we were at my parents’ cottage, I gave it a try.

The idea of the intimate landscape is to shoot a small part of a landscape.  A flower, a small group of rocks…  Sometimes, you get a glimpse of the wider landscape and sometimes, you don’t.  I do this type of photography regularly because there’s so much to be found in the little details.  It makes going to the same places over and over again more interesting.  So this class wasn’t teaching me a new concept but it taught me about finding the picture that you can take in any condition.  There were some instances where I felt the class was a little slow moving but that happens to me in almost all classes.  All together, the class was useful and I might revisit some of the videos at some point. Especially the last chapter of each one, when Rob Sheppard, the teacher, shows the images he took during the class and compares them.

Here’s what I did.

The rock here has these strong diagonal lines and I was drawn to the texture.  We have a glimpse of the background too (the cottage matches the dried pine needles and the rock hides the huge inflatable snowman, yay!) The one thing that bothers me is the jumble of pine needles on the moss. It pulls focus and detracts from the rest. I tried to clear it out some but there was just too much. 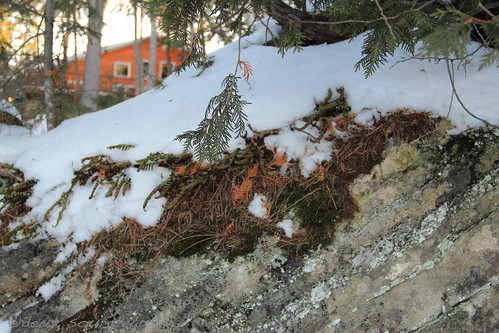 This one is a close up of the same rock.  I think it works better but I’m a little annoyed with myself for not removing those pine needles. 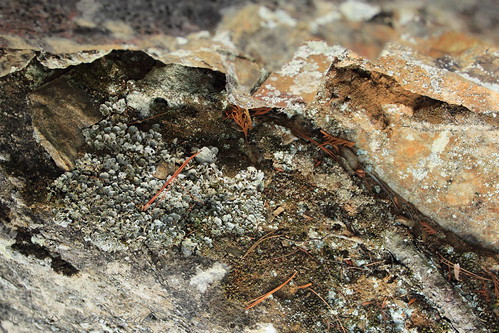 This is one of my favorites.  The light works so well!  I just can’t decide whether that bit of sky is good or not. 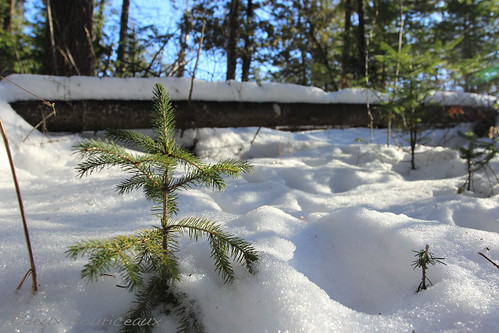 This landscape is close to not being intimate anymore. Honestly, it’s not as successful as I’d hope.  There were these three trees in a perfect line and I wanted to highlight them but the jumble of trees behind them kind of ruins it.  The contrast of warm and cool colors just draws me in though so I included it anyway. 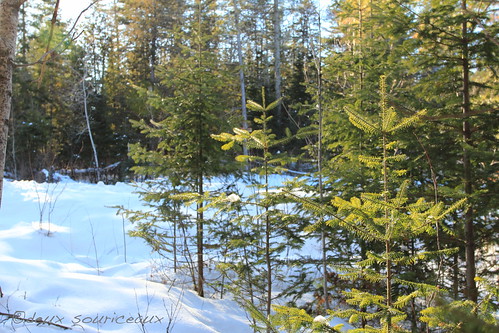 The texture on tree trunks always gets me.  I just wish it hadn’t been so shady for this one.  Think how some sunlight would have drawn out the beautiful texture! 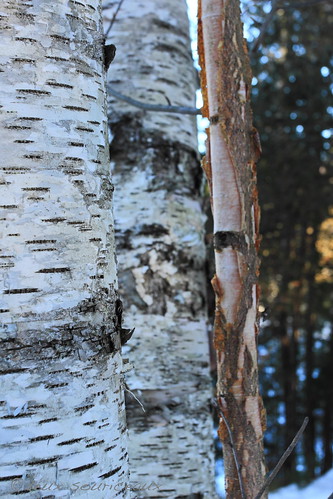 Like here! I think this one is my favorite of the bunch. The light, the texture, the contrast between the almost monochromatic tree and the bright blue and green of the background… 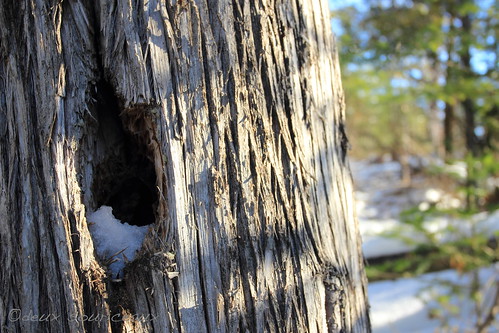 One thing I noticed with all this snowy photography is how blue everything is.  Even setting my white balance to the shade setting wasn’t enough sometimes!  Anything that was in the actual shade? I had the hardest time getting warm enough.