I don’t even remember when I sewed this one up. January or February. I wore it when we went to Montebello so I know it was done then. I meant to get pictures during that trip but never got around to it. It had been sitting there, waiting to be photographed ever since and I wasn’t even wearing it. So when we went out to take pictures of the dresses, I wore it and we got some pictures in Prospect Park. 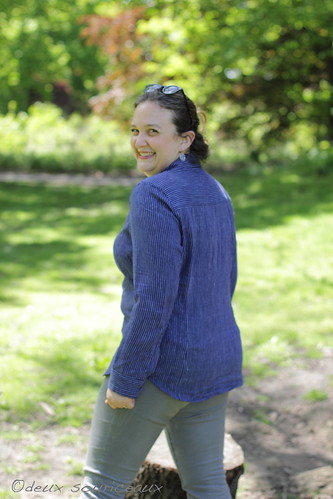 I forgot one thing. M is colorblind and he can’t see the little autofocus red light that shows where the camera is focusing. So most of the pictures ended up slightly out of focus. I only noticed this at home so I had him redo the pictures on the roof with the focus set to center. The lighting wasn’t as pretty but that’s what you’re getting. Reminder to myself: always set center focus when asking M to take pictures. Suggestion to camera companies: maybe use a more colorblind friendly light? 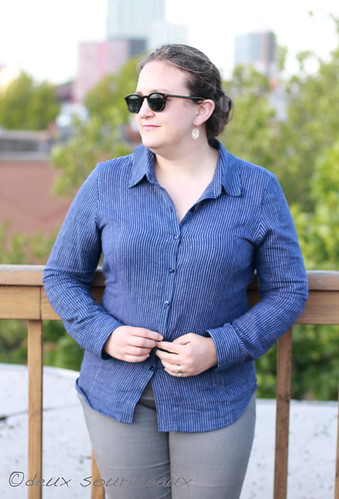 Back to the shirt. It’s my second go with the Sewaholic Granville shirt. It’s such a perfect classic shirt. I shortened the sleeves about 2″ I think. M says they could still be a bit shorter but I like my sleeves on the long side. I made a straight size 14 blending to a 12 at the hips. 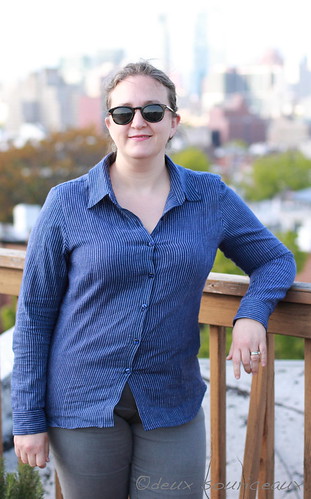 As before, I switched the order of construction, setting the sleeves in before sewing the side seams. Flat felled seams everywhere so there are absolutely no exposed edges. The back yoke was cut with the stripes going horizontally both for fun and to make stripe matching a non issue. And also, M’s striped shirts are all like that too. 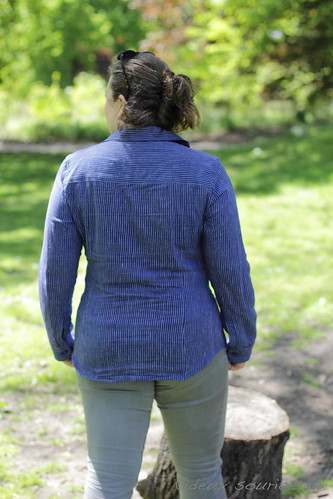 I tried to get one button in the right place at bust level but didn’t get it right and noticed too late. I’m going to have to add a strategically placed snap. And next time, I need to remember to make the buttonholes a little smaller than my machine likes to make them. They tend to come open when my bag strap rubs against them. 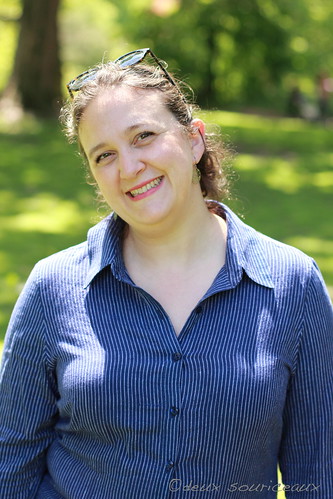 The fabric is from Cloth House in London and I adore it. It seemed a little stiff at first and I was going to make something else with it but then, I washed it and it got soooo soft. It had to be this nice casual Granville shirt. It’s soft but has a slightly rustic look to it which means it actually looks better when not crisply ironed. It has slight imperfections to it that make it look handwoven. 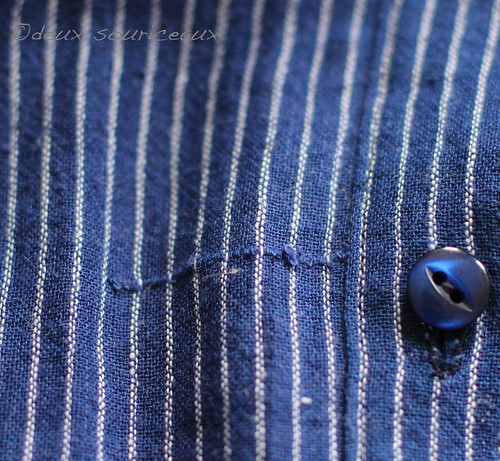 That’s the biggest of the imperfections on the fabric. I don’t know where the fabric was made but it reminds we of Japan. Not the cutesy prints Japan but artisan Japan. It has a wabi-sabi thing going. I love it so much! 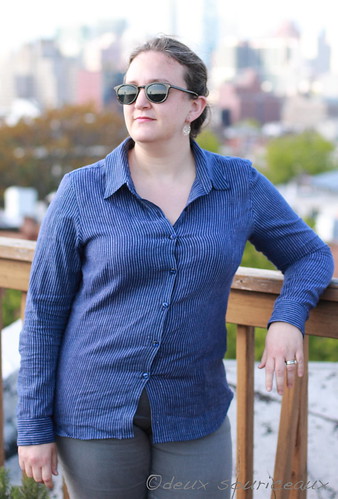