We only visited three cities during our trip. We had plans for more but ended up choosing lower key outings for a more relaxing vacation.

First up, and possibly the longest outing of the whole vacation, Avignon with a Pont du Gard add on. I remember visiting Avignon as a child and loving it (except for the part where my mother made me dance on the bridge, hated that with the fire of a thousand suns). I can’t remember a time when I didn’t enjoy old cities and villages, the winding streets, the cobblestones, the old buildings… It made me feel like I was stepping into a world of fairy tales. 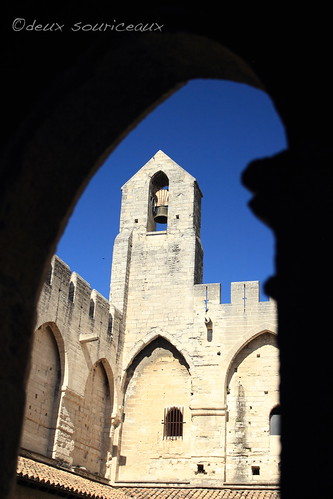 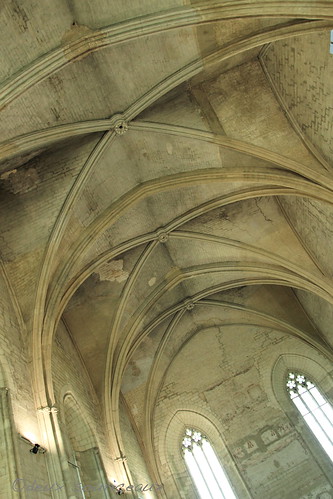 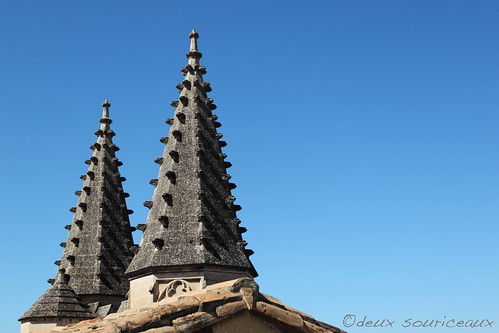 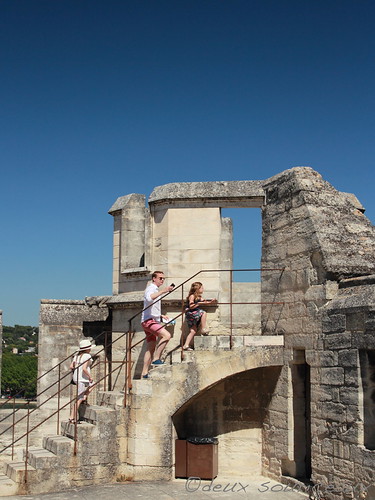 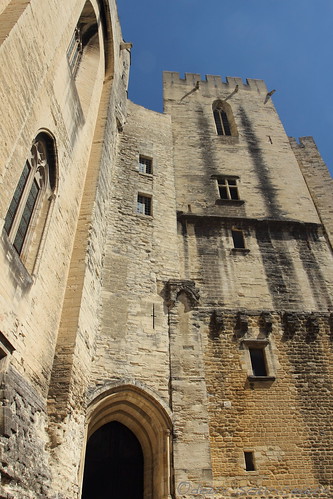 There happened to be an exhibit of beautiful contemporary African art inside and the girls spent a lot of time discussing the art together. (I do have a super cute picture of them discussing a big tapestry but I took it with my phone so it’s on Instagram.) I regret not buying the book. The pieces on display were fascinating. 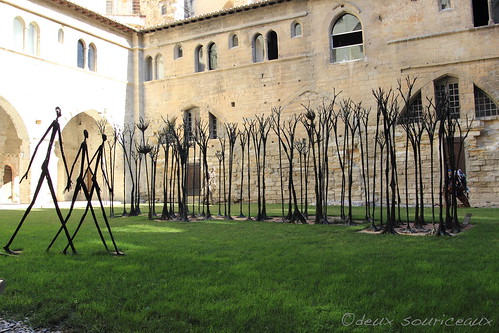 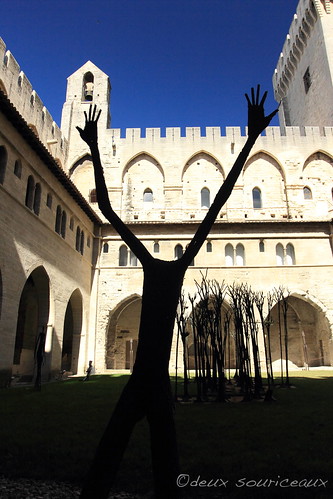 Then, we went to see the St Bénezet bridge, otherwise known as the pont d’Avignon (there’s a song about dancing on it). 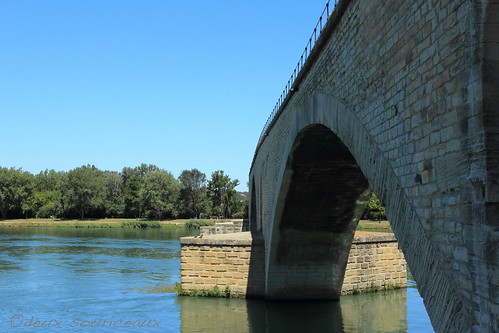 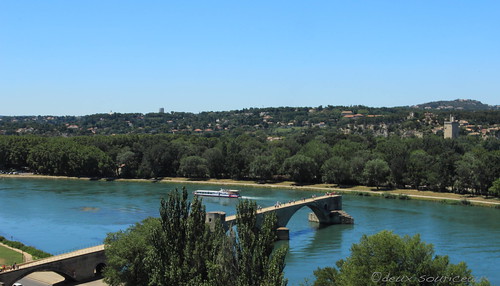 The girls were getting a little tired by then. V fell asleep in the car. When we got to Pont du Gard, she woke up in a bad mood. She had no desire to walk one of the trails so we just did the aqueduct (it’s Roman) and the museum. To be fair, it was very hot there and I seemed to be the only one to be able to withstand it with my mood intact. 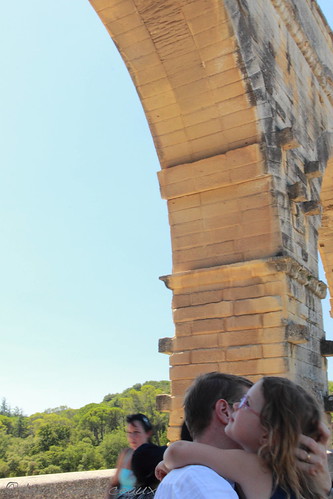 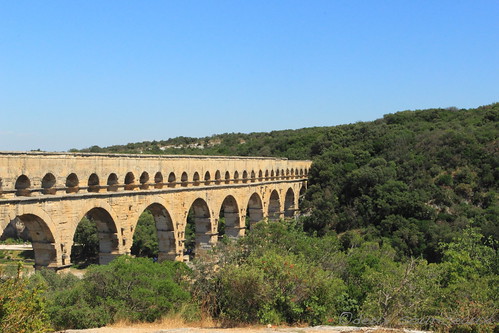 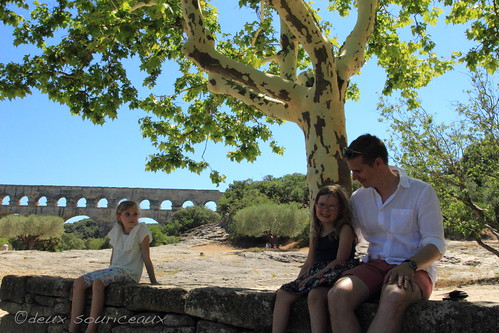 We didn’t get to go to the top because the only available tickets were for later than we wanted.

The second city we visited is Aix-en-Provence. At this point, we just wanted an easy day, one where we just amble around. We went to the morning market, and walked around the old city. Winding, cobblestoned streets, of course, but also lots of fountains. 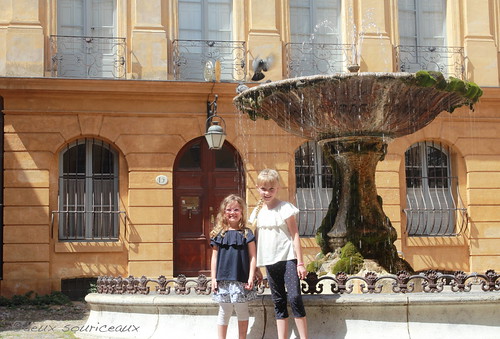 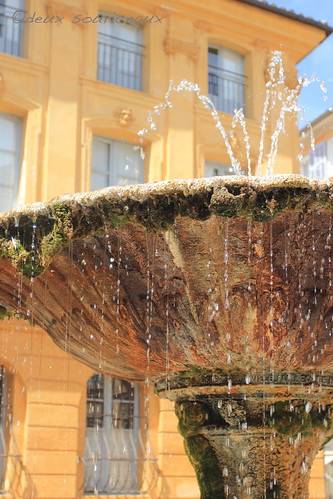 This is the four dolphins fountain. Obviously sculpted by someone who had never seen an actual dolphin. Scales? Nostrils? Scary face? Ummm, okay… 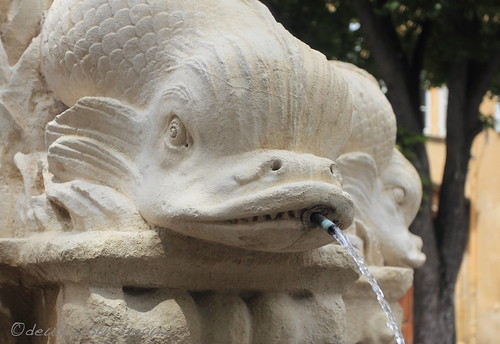 Finally, we visited Orange to see a couple more Roman ruins, the “Triumphal Arch” and the Roman theatre. 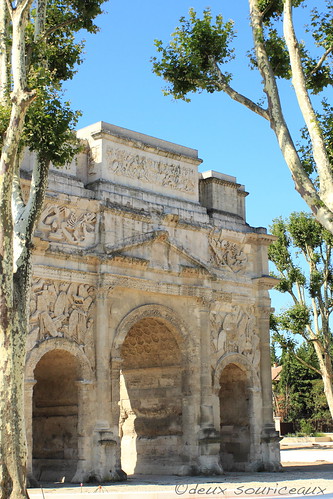 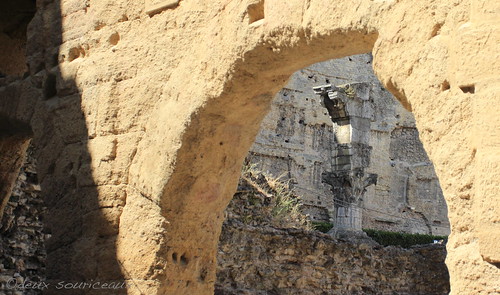 The theatre is still in use for shows today, isn’t that cool? Can you imagine watching a show there knowing centuries before, someone was sitting right where you are, watching a show? It would have been nice to see something, anything, but with two children in tow, we had to skip that activity. 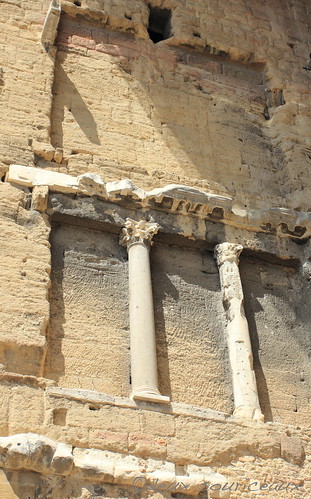 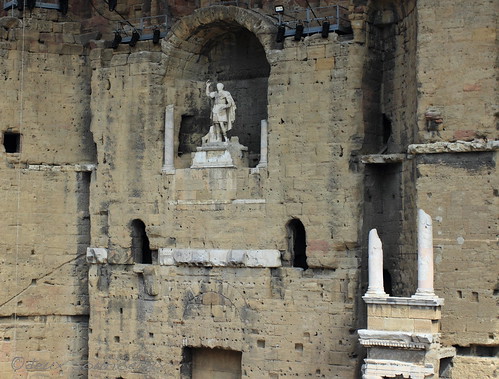 I noticed a lot of flowers in the cities in France. Fewer trees but a lot of containers with loads of colorful flowers. It adds so much charm to the streets. 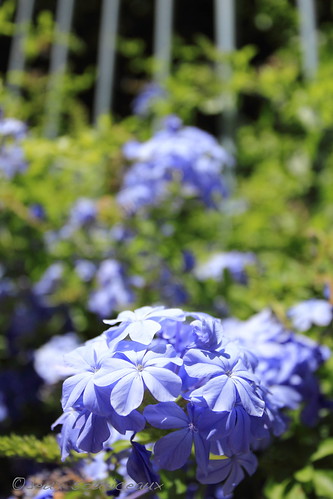 And to close out this post, another sunset from the house… 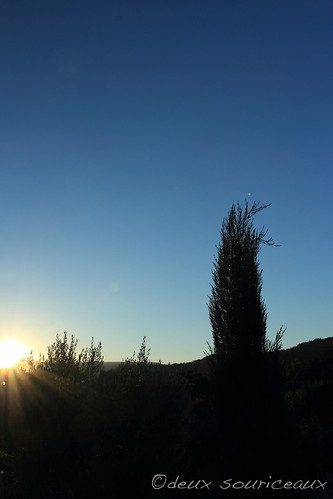