We had a few slower days during our trip. One spot I wanted to visit was the Forêt des cèdres. It isn’t a must see but being in a wooded area on a hot day is lovely. We walked one of the longer trails, still only 90 minutes. 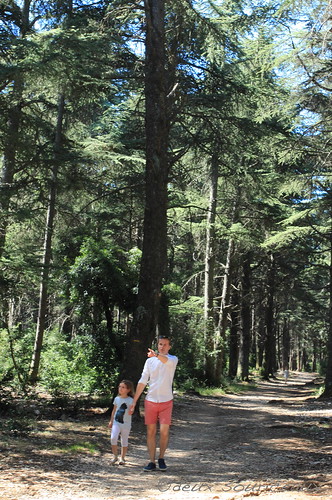 Then we headed to Bonnieux, another little “village perché”. 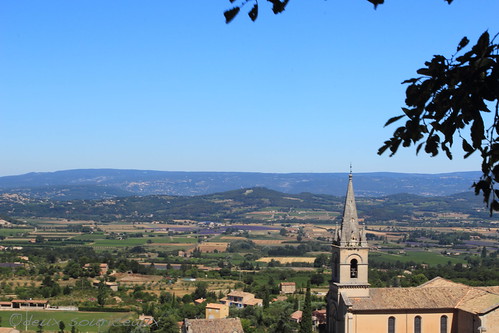 We skipped the castle at the top because of some castle fatigue. We had lunch and were planning on buying meat, bread, and dessert. But nope. By the time we finished eating, everything had closed for a lunch break that was to last 3 hours. We did find a small grocery store and got veggies, fruit, and cheese before leaving. 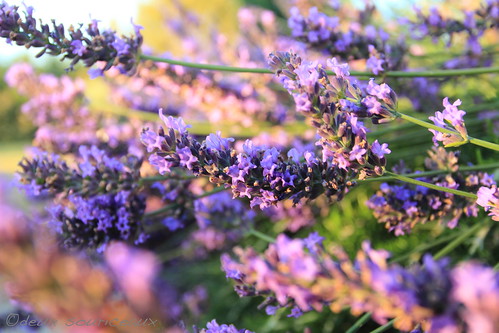 On one of the hotter days, we went to Roussillon. Not necessarily the smartest spot to go to on a hot day but there you go. I really really wanted to walk on the “sentier des ocres”. It’s a spot with these red rocks that were used to make ochre, the pigment. I have to say it’s fascinating. It isn’t a huge area and it looks so different from the rest of the Luberon! 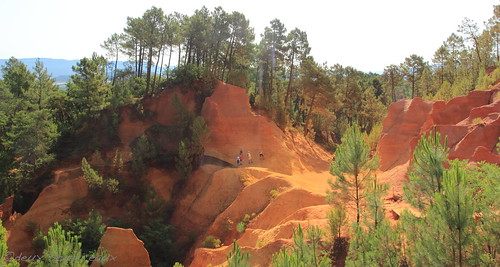 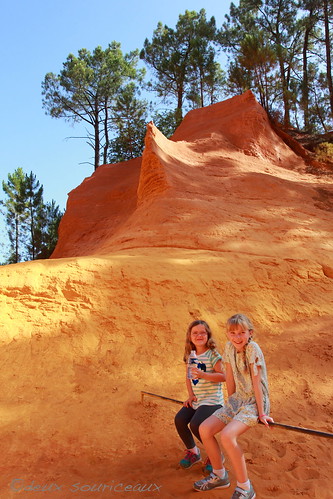 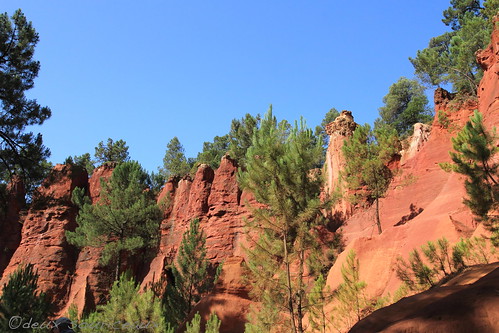 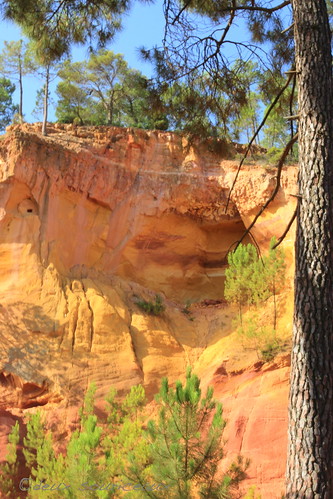 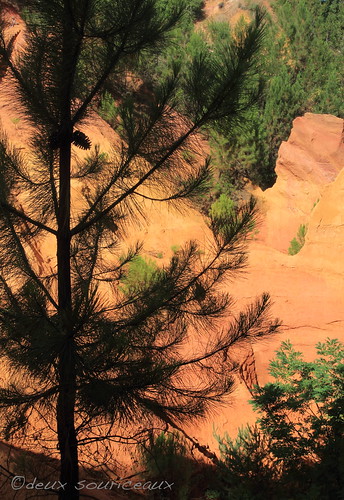 After walking the trail, we went to a little museum just outside Roussillon to learn more about how the pigment is made from the rocks. Then, back to the village to get lunch and visit. It’s such a special little place. All the buildings are painted with a palette of local pigments. It’s just lovely. 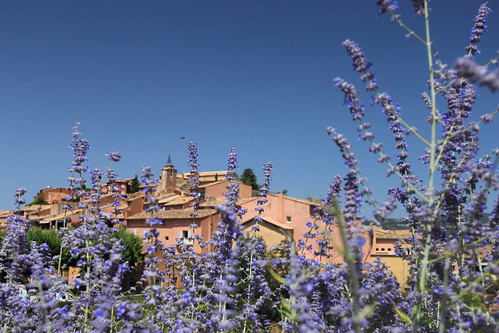 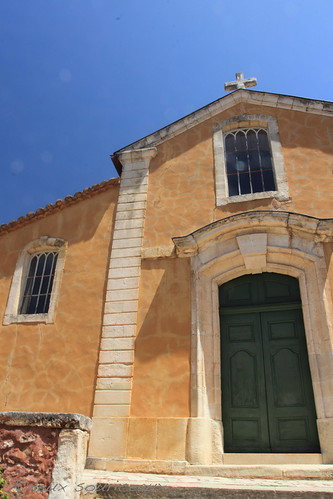 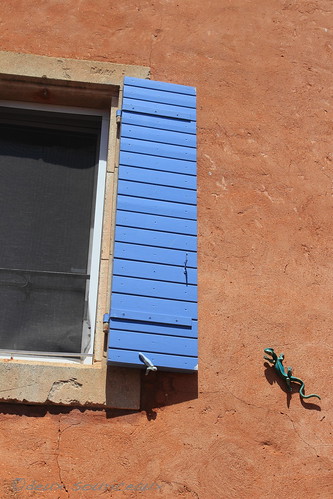 This is also where we had a lunch in a fancy hotel restaurant. I was afraid V wouldn’t behave very well but she was good. She did drop her knife with a loud clank and a waitress was right there right away with a new one. Poor thing was completely embarrassed and hid her face. To her credit, she dropped it as she was trying to cut her food. E ate everything she had despite not being a huge fan of the fennel foam that came with her pasta. 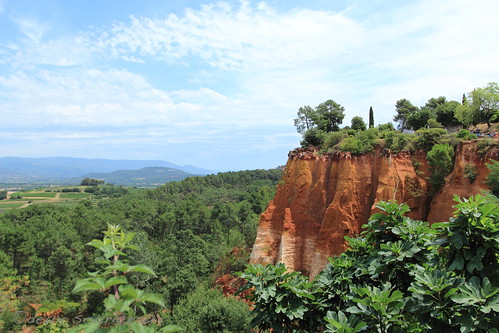 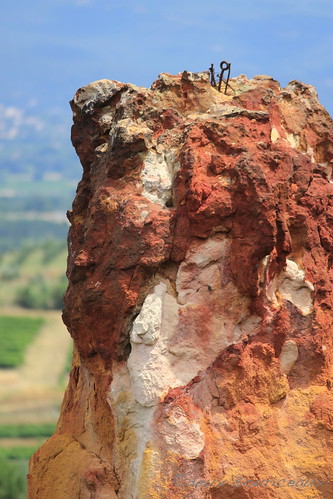 We actually came to Roussillon twice. The first time, V got herself a crafting kit with a ceramic cicada, three pigments, and wax. E didn’t get one at first because she was afraid of running out of money for a book she wanted. So we went back another day for her cicada painting kit after telling her that we would make sure she got her book. And for that fancy restaurant that M wanted to go to. It was worth it. 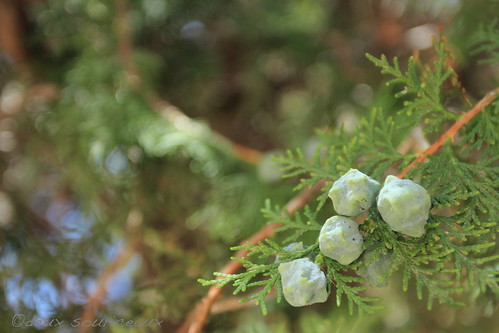 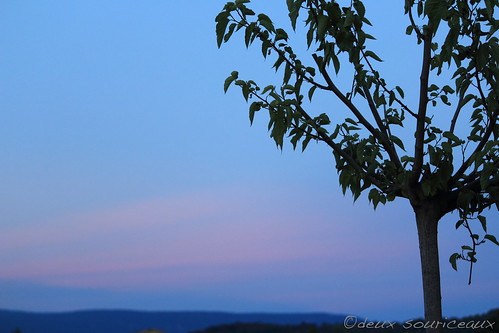