Home › Creating › Knitting › Worth the Pain

Two years ago, I knit a tank top out of linen. It was a painful experience. I won’t go over it again. But that tank top! I’ve tried a silk-wool tank top before and it got frogged. Itchy against my bare skin. The linen though… It’s so lovely in the Summer heat. It’s so light and it breathes so well. I decided I needed all the linen tops and bought enough yarn to make two. Only one got made for this Summer though. It’s the Cullum pattern by Isabell Kraemer. I saw it go by on the Quince&Co Instagram account and it was love at first sight. I needed a white one. 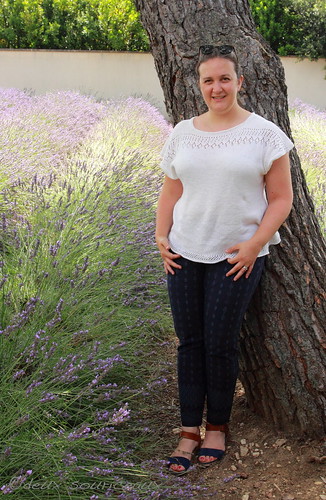 The whole thing was a pretty quick knit, roughly a month and a half, though I knit pretty much constantly. E didn’t think I’d have it finished in time for our trip and I was highly motivated to prove her wrong! I used Louet Euroflax like before so I already knew my gauge. It was just a teeny tiny bit tighter than the pattern gauge (1 stitch tighter per 4″) so I went with the 44″ 3/4 size. It’s just a bit of positive ease to make it on the loose side without being oversized. 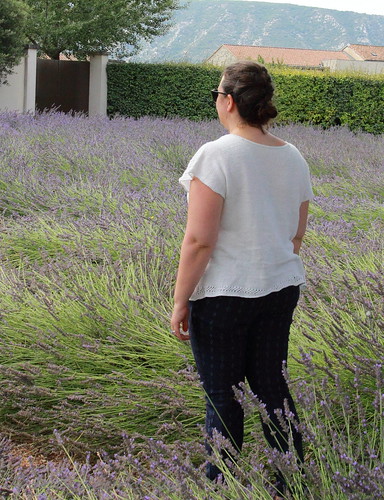 Back and front are identical, except the front has a bit of lace at the top and bottom. I added the same lace to the bottom of the back. It’s knit top down with the front picked up from the back shoulders. Both sides are joined at the underarm and knit in the round afterwards so there are no seams to sew. (I’m guessing that helped me finish faster!) 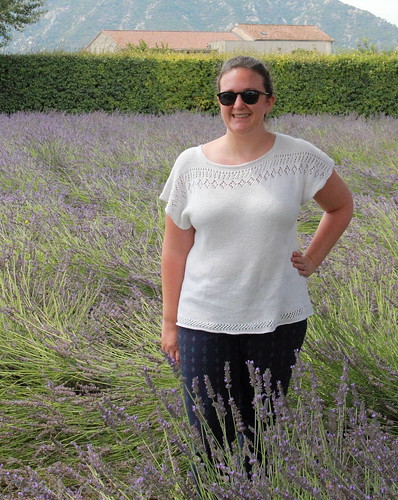 (You can see how well the linen drapes here. It tends to slide around. The neckline is tight enough to prevent bra strap show through.) 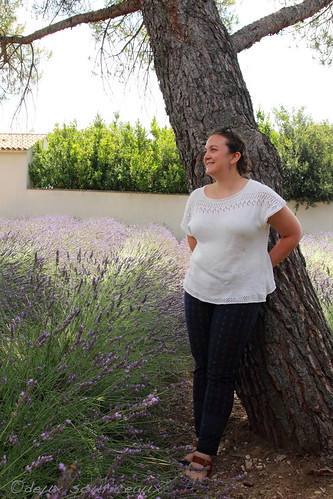 I know I won’t be able to use up the second color before next year.  All the more time to plan it out! (And I may also have plans for a summery stripey linen sweater with the leftovers…) 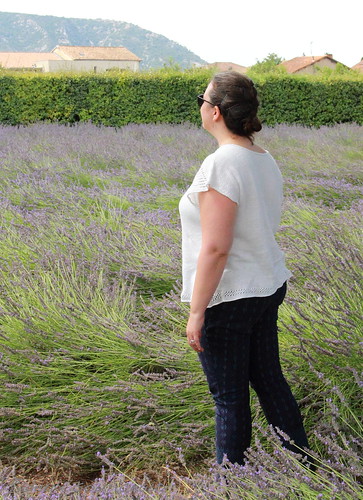 6 comments on “Worth the Pain”