I may as well spin, right?

I actually still have two sewn items to share but they haven’t been photographed yet. Each time I think about doing the whole modeling thing, I shake my head and do something else.  Taking the time to photograph my spinning though, no problem. 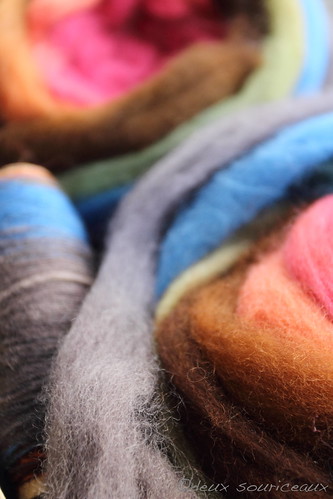 The fiber is from Wild Hare Fiber Studio. It’s falklands wool which is quite grabby and easy to spin on the spindle. I got it Rhinebeck in 2015. Not too bad, right? It hasn’t been waiting too long. 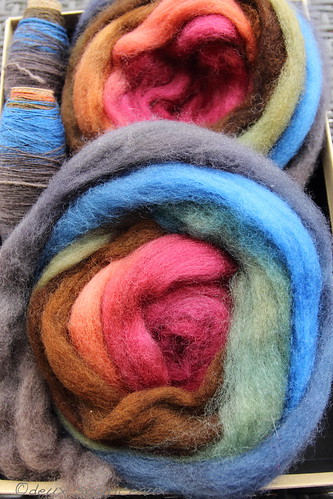 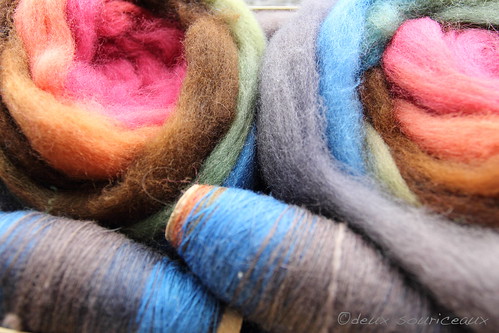 (I forgot to take a picture of the fiber before I started prepping it. This is two of the four lengths and the two singles. I always appreciate how spinning fiber also means gaining space…)

The braid is a gradient that goes grey-blue-greenish-brown-orange-dark pink. I split it into 4 lengthwise as equally as I could with a view to make two two-ply hanks. I plied the first two singles right away rather than do all the singles and then the plying. Why? Because I only have two decent cardboard rolls to wind the singles onto. I could have used toilet paper rolls but they aren’t sturdy enough. They end up collapsing under the pressure of the yarn and I end up with a mess. The cardboard rolls in the picture are much better. You can’t see them that well thanks to all that yarn on them. They’re from commercial yarn I bought and used up. But there’s only two, so… 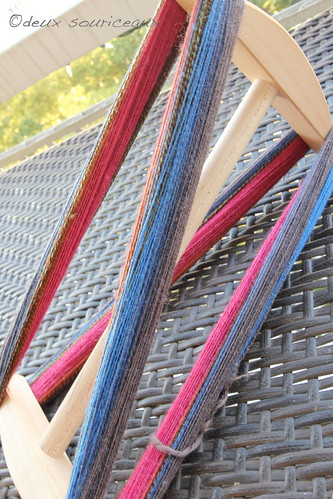 Besides, it’s kind of nice to know right away what my finished yarn will look like. It surprised me a bit. As I was plying, the colors from the two singles stopped matching up fairly fast. I thought I would have way more of one of the two. In the end, it seems there was way more of the pink on the first single because they matched right back up at then end and I only had a few yards of one single leftover. 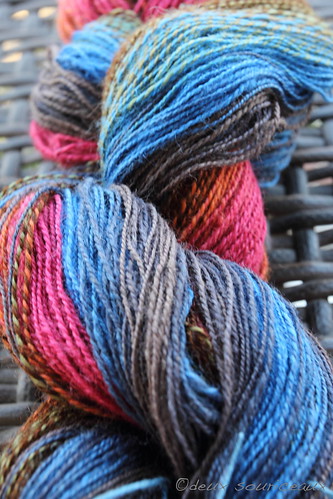 PS: I always end up spinning in Summer don’t I? 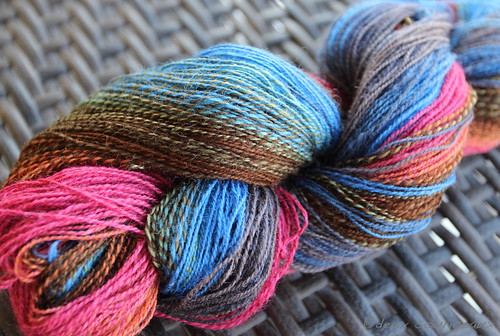