I took so many pictures when I visited with the girls that I’ll still have some more to share next week. I’d forgotten how much I love my macro lens. It needs a fast shutter speed when hand held (so either a very bright day or a flash) but when I get the right conditions, it does a beautiful job both for close ups (duh) and as a telephoto lens. 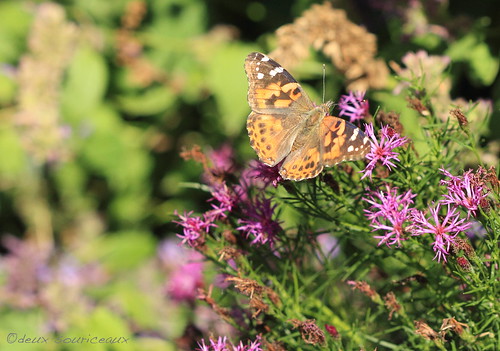 The Sun was very bright when I took these pictures and the bees and butterflies were very busy. Catching them is usually difficult, especially the butterflies, but there were so many that I managed quite a few. And I got quite close. Look at how much detail you can see on that bee! 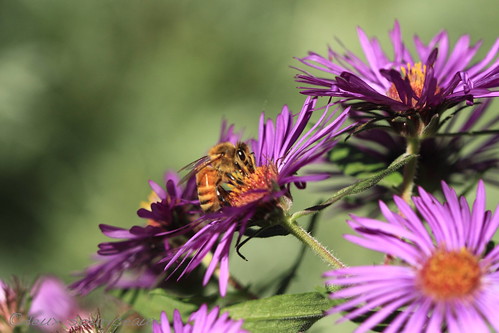 I caught it as it was flying away as well, just at the right moment too. You can see the head isn’t quite in focus anymore. And of course, the wings are fluttering way faster than my shutter speed. 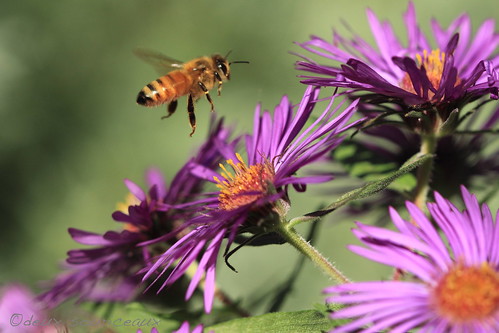 This butterfly spent a lot of time drinking from flowers so I was able to get some good shots of him. In one of them, half of him is completely inside the flower! I chose this one because you can see his face a little better. 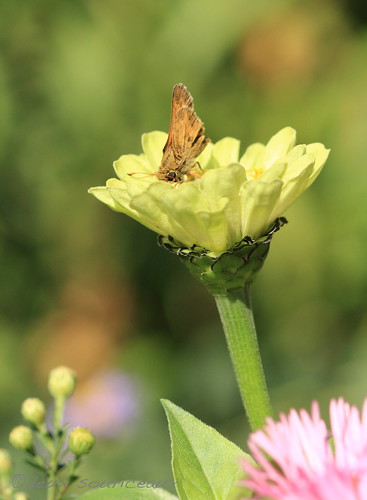 We were in the Shakespeare garden and noticed a visitor on the wall. That’s where the telephoto capacities of my lens were useful. (The purple-pink haze is actually from a flower that was so close to the camera that it’s as out of focus as it could be. I like the effect.) 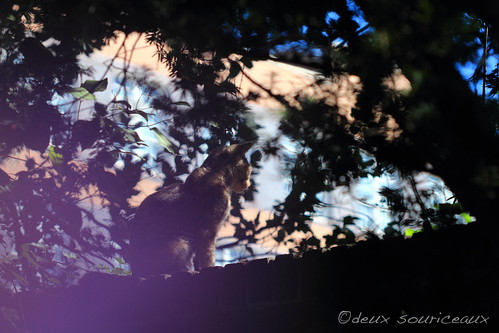 And this little guy we got quite close to. It isn’t like he could have disappeared in the blink of an eye! Though he did hide in his shell for a little bit.  He fell off a step onto his back and we put him right side up again. I debated moving him into the plants but in the end, I decided it’s best to let him figure it out. All he had to do what keep going straight after all… 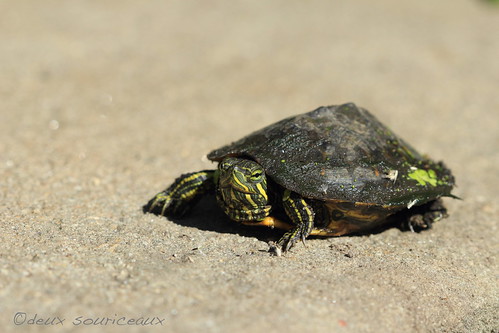 (V thinks it’s a painted turtle but I’m thinking red eared slider. Anyone know for sure? You can’t see in the picture but it did have red right where ears would be.)

We also saw a heron or crane or some other bird of that type. Those pictures didn’t turn out as well though. You try getting the focus right on a skinny necked bird in the distance!