When I see buffalo plaid, the first thing I think of is flannel lumberjack shirts. Come on, I can’t be the only one! So my first idea was to go super girly with a ruffled coat and full gathered skirt with lace. Originally, I wanted to stick to a black and white palette and maybe add interest with stripes. V does the most fun pattern mixing and I wanted to play with that. However, when we went to Mood Fabrics, she spotted a blue buffalo plaid that she had to have. I went with color mixing and scale variations within the same pattern instead. 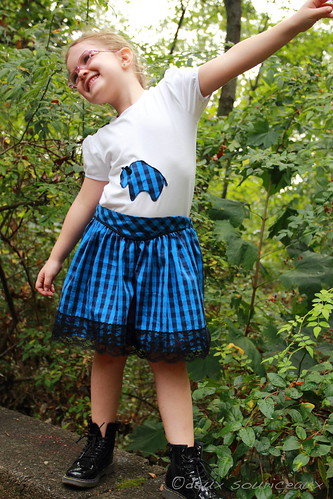 I drafted the skirt first. It’s a simple gathered skirt with a flat front and elastic back. I used buttonhole elastic to make it adjustable. I drafted a curved yoke for the front and outlined it with piping. Lace at the hem for extra fanciness. I’m so happy with my plaid matching. The side seams are completely invisible! 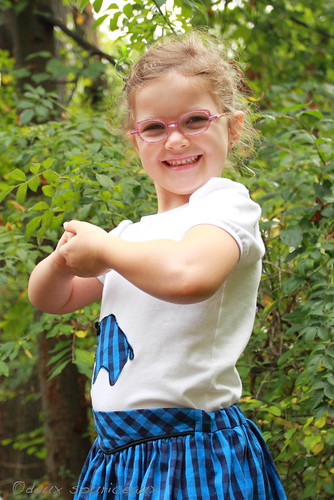 I also made a T-shirt to be worn with the skirt. It’s a basic Jalie 2805 with sleeves modified to be puffed and gathered at the sleeve with foldover elastic. The bottom is finished with black stretch lace trim. 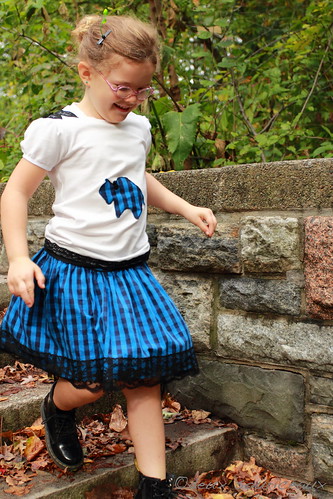 And uh, I just had to add a little buffalo appliqué. Made out of buffalo plaid. It’s a buffalo plaid buffalo! I couldn’t find thin black ribbon to make a bow so I crocheted one to put on the buffalo. 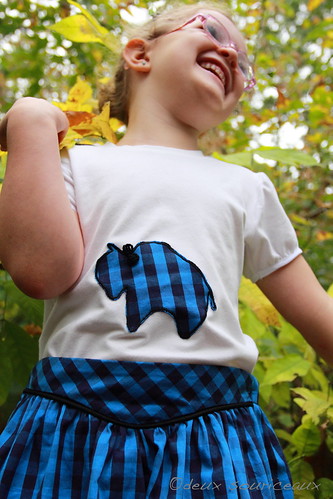 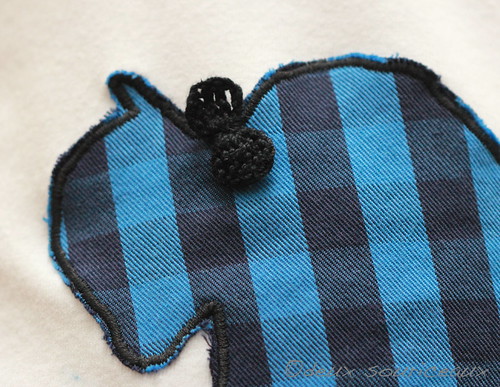 I had this flower appliqué that was originally going to go on the coat but then, I thought it would be too busy so I moved it to the T-shirt. I think it’s perfect there, giving the back some interest and just peaking over the shoulder. 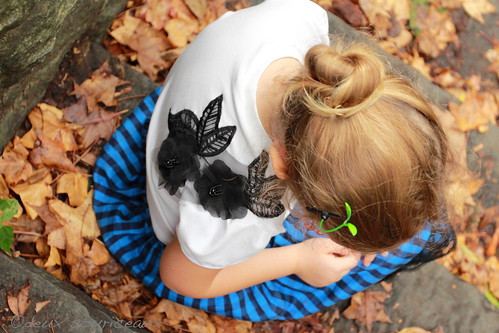 And finally, the coat. Now, that was a labor of love. It’s based on the Oliver + S Sunday Brunch jacket. I kept the sleeves but shortened them to remove the cuff. I then added a ruffle. The collar is unchanged. The front and back were extended and I skipped the skirt part. I made it A-line. 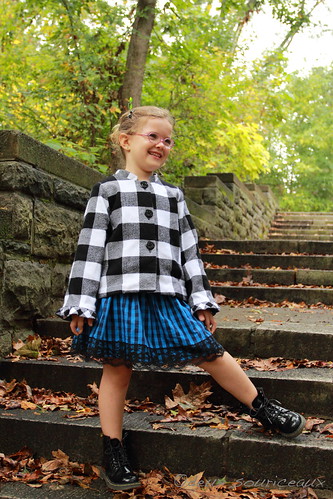 The back was split into three pieces in order to insert ruffles. 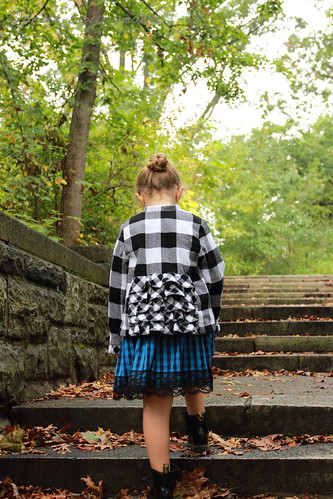 The seams are curved because I thought it was more elegant, like princess seams. And then, I did such a good job matching the plaid that I realized you couldn’t even see the curves! So I topstitched them to make them more visible. (And I just realized I didn’t get a picture close enough to see the topstitching.) 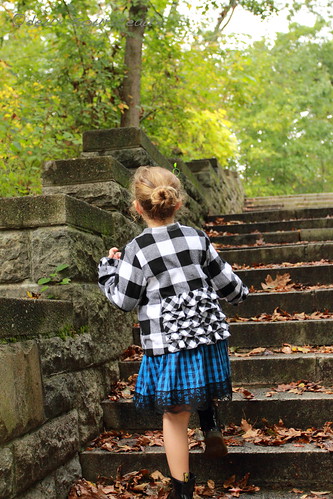 Everything is perfectly matched. I’m so proud of that! Plaid matching scares me and I usually get around it by playing with print direction, alternating bias and straight grain pieces. It would have been way too messy here though, what with the ruffles and the two different scales I was using. Besides, the challenge with plaid is pattern matching across seams and finding a way around that difficulty felt like cheating. 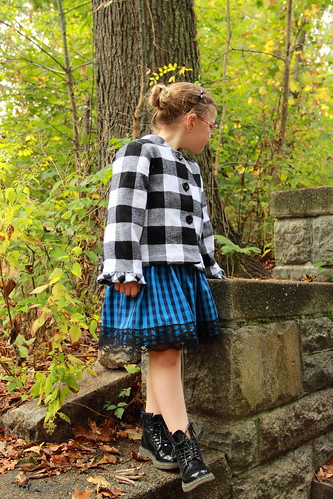 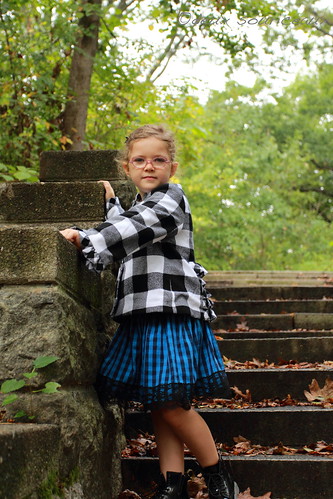 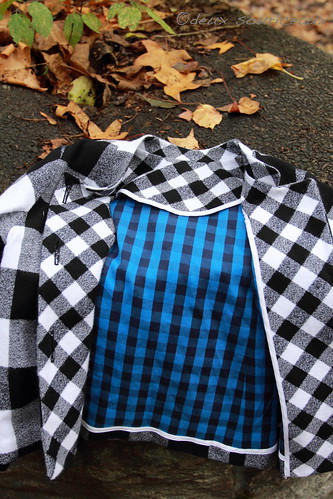 We took pictures in Prospect Park, on Lookout Hill. Almost no one comes here and the greenery grows quite wild. I was hoping for more colorful trees but there’s no rushing nature, is there? 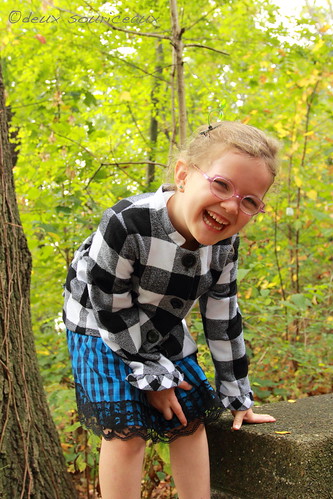 I’m so very proud of this look. It’s some of my best work ever.

17 comments on “Buffalo Lace and Frills”