These dresses took me so much time! I think it’s because of the renovations. During PRP, I was super productive despite the work but afterwards, I just didn’t have the drive to work fast. The lack of decent space to sew took a toll on my sewing. But I got it done.

The first one is V’s dress. It grew out from what I wanted to make for the signature style look. I was originally going to make a skirt and top but I couldn’t get the top to work right. Instead, I went for a Building Block dress. Everything I did is in the book, I think. Scalloped color blocking at the bodice, cap sleeves, gathered skirt with scalloped hem. I think the underskirt may not be in the book but really, it’s just and extra gathered skirt under the scalloped one. Nothing too fancy. 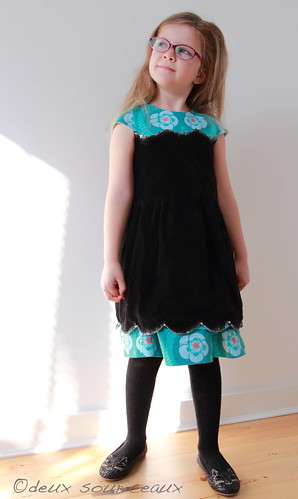 I used black velveteen (that just means cotton woven like velvet) by Kaufman and Amy butler sateen (that just means cotton woven like satin), both V’s pick. Both fabrics are pretty stiff but relatively easy to work with. I was careful when pressing the velveteen but didn’t do anything special for sewing. It wasn’t shifty at all. The bodice is lined with white cotton lawn. 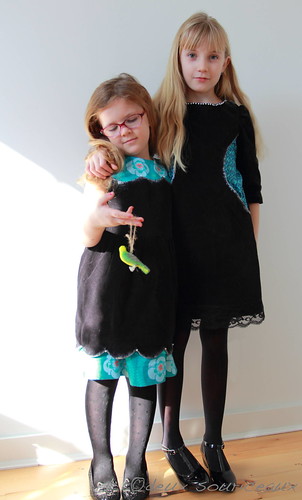 I had a hard time sewing the scallops on the bodice. Some of them are actually handsewn because I couldn’t get it right on the machine. I got better at it in the end. 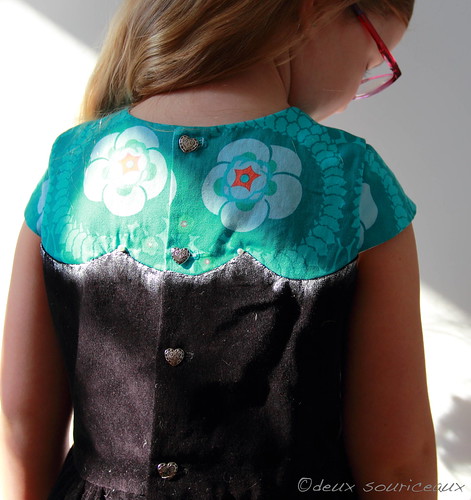 I added little pearls to punctuate the scallops both top and bottom. I’d originally planned on some much more massive beading but I got sick of handsewing before I’d even finished the pearls. Someday, I’m going to stop trying to embroider anything and accept that it isn’t my thing. Right now though, I’m still dreaming of embroidered and beaded embellishments. 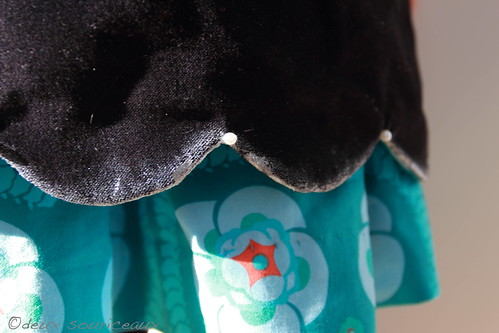 I used a little bit of shimmery fabric paint at the edges. I tried three colors: silver, super sparkle, and opalescent white. I think I went with the opalescent white. Honestly though, they’re very similar. I just painted it on in vertical strokes from the edge. I wanted it to look a little like peeling paint. It isn’t entirely successful but I like it. 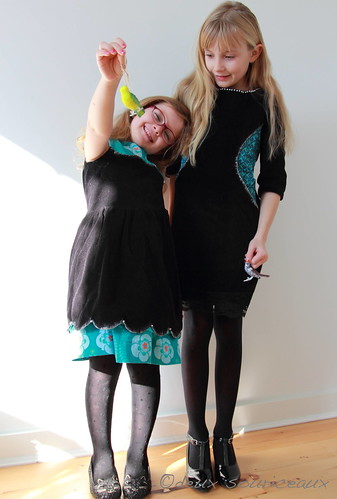 For E, I had to make a straightforward Sunki dress. She’s in the biggest size now. I wish that pattern went bigger as it’s a great silhouette for older girls. How grown up does she look? 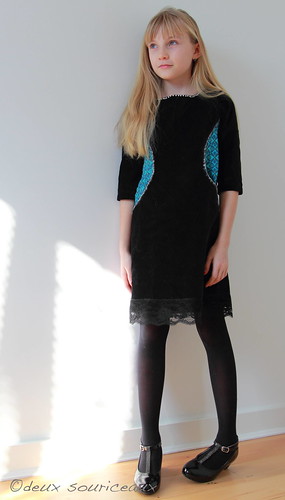 I was super slow working on this one too but I wanted her to have it for her viola recital. That gave me the push I needed. I used the black velveteen again but E chose a cotton voile as contrast instead. I think it’s also Amy Butler.

I didn’t hem the dress to keep as much length as possible. I just finished the edge with black bias tape then added black lace on top. (Lace was a no go until I told her it was just be on the bottom. Apparently, it’s the only place lace trim should go.) The pockets and side panels are also finished with bias tape on the inside. 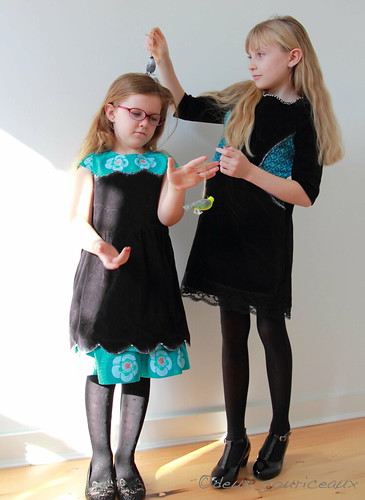 I asked E what kind of embellishments she wanted. I had two leftover heart buttons that she turned down. She asked for pearls at the neckline and silver paint along the side panels, in the same pattern as her sister’s dress. 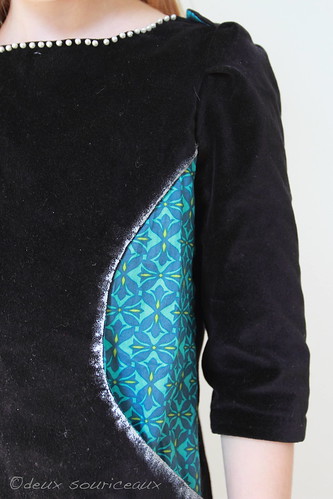 I wish I could have made myself something with the leftovers and I do have a blouse cut out from the leftover voile but there isn’t enough velveteen left for even a short skirt. But aren’t they so cute? 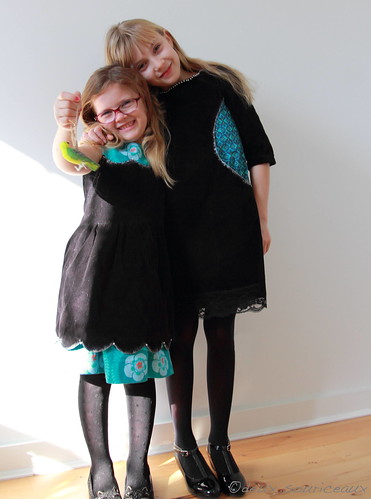