I usually try to put the same things in both girls’ Christmas stockings. That way, there’s no fighting. But this year, V wanted one of those crystal growing kits and E didn’t. E got a pin loom instead but it was both bigger and more expensive. So I needed a little something extra for V. A handmade dress for her doll. I bought a few knitting and crochet books in the past year, mainly for E. She’s interested in both crafts but can’t find anything fun to make. One of them was crochet clothes for 18″ dolls.

I don’t know which came first, the yarn or the pattern. I spent a couple hours rummaging through my leftover yarn, trying to match it up with a pattern. I ended up with the Give It a Whirl pattern by Nicky Epstein and some pink and silver yarn I got in a swap. The silver doesn’t show up very well in pictures but it makes the dress sparkle in real life. 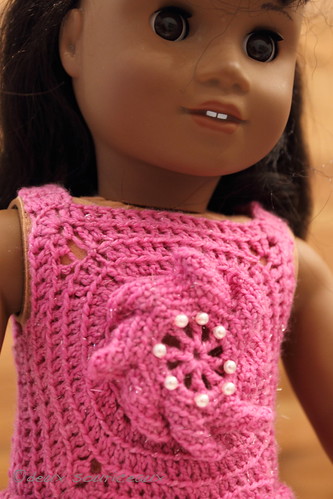 I didn’t swatch. Maybe that was my downfall. The top of the dress turned out way too small. My gauge must have relaxed afterwards because the skirt was just right, on gauge and everything. So I kept the skirt and redid the top, making sure to keep the gauge nice and loose. Maybe it was still too tight because the top was still too small. I added a round to the front, added 2 rows to the straps, sides, and both back pieces. It looks fine now. But I just don’t get what happened. There are only two other projects for this pattern on Ravelry and they look fine. They don’t mention any issues.  I do have to give the pattern some blame as well. There are no schematics, no finished measurements. They would have been helpful. As it stands, I’m hesitant to make more patterns in the book. What if I run into issues with those as well? I spent 6 days on a dress that should have taken me much less time. I didn’t have enough yarn to make the matching jacket and bag but even if I had had enough, I would have been hesitant to pour more time and energy in, not knowing how it would turn out. 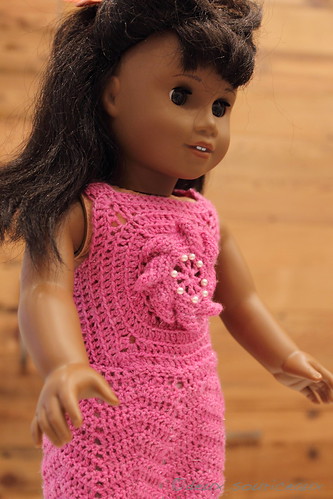 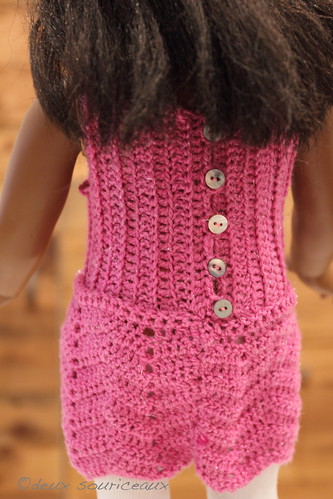 It’s cute though, isn’t it? 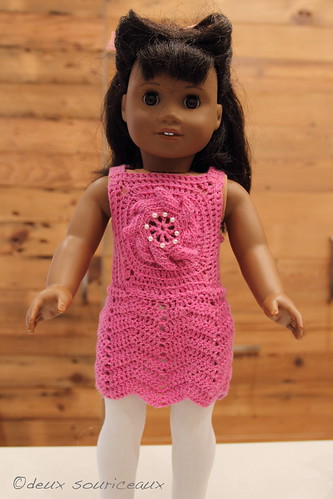