Project Run & Play – The 7 Wonders of the World

Project Run & Play has started! This week, we had to pick one of the 7 wonders of the world, ancient or modern, to create an outfit. I chose the Hanging Gardens of Babylon. Or rather, they chose me. Just that name! Can’t you just picture flowers and plants cascading all around you as you walk around? And whether that’s an accurate image or not, we’ll never know. They’re believed to have been somewhere in Iraq but no ruins have ever been found. Some even think they may be mythical, all the more reason to let my imagination run wild, no? 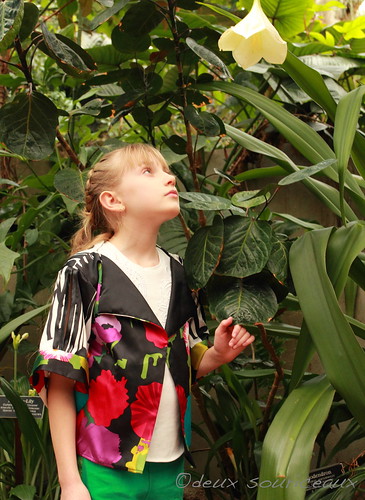 And let my imagination run wild I did. I wanted brightly colored flowers and lots of green. I wanted to include greek inspired cuts and fabrics, something to call back to those ancient times. I started with the top. I had an old silk dress of mine that was saving to make E something. It looks like it might be charmeuse and has a glorious large flower print. 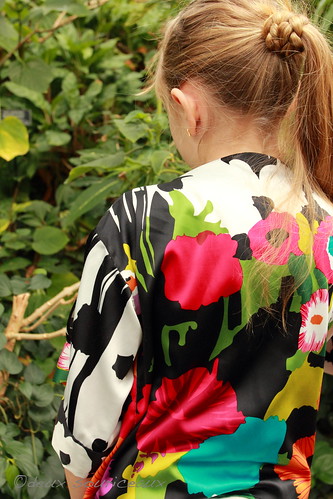 I originally was going to make a something with gathered rectangles. Think greek goddess here. I didn’t have quite enough fabric though so I couldn’t do any gathering but I stayed with the idea of creating a design from rectangles, which is how so many clothes were made back then. The sleeves have a split on the arm and I added a single button and thread loop at the front. I didn’t want to see the wrong side of the fabric when the cardigan was open so I made a black silk charmeuse facing. 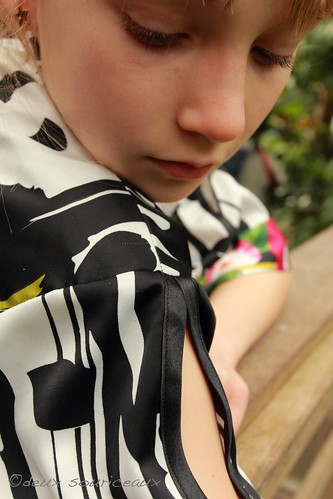 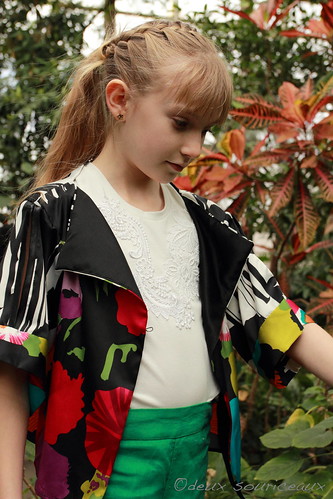 I used french seams throughout and used binding on raw edges (sleeves and facing, mainly). I have no clue what that binding is made of but it had a shine that matched the silk.

Of course, if you’re going to wear a cardigan, you need something underneath. I just wanted a simple tank top. This piece wasn’t meant to be the star of the show, you know? I used Jalie 2565 as a base and modified the hem to a shirttail. I found these great lace flowers and sewed them to the neckline. One of the appliqués has flowers at both ends so there isn’t a right way but the the smaller one is a flower on a stem. I sewed it on with the flower pointing down. Because it’s hanging. 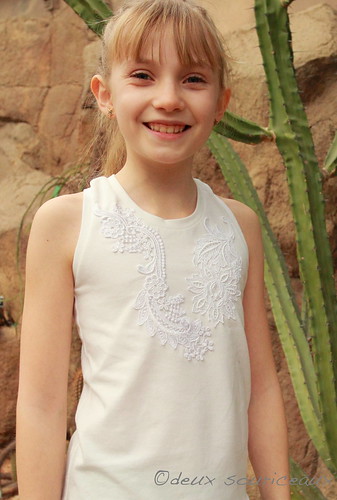 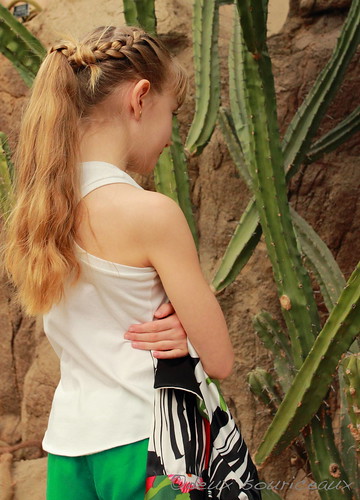 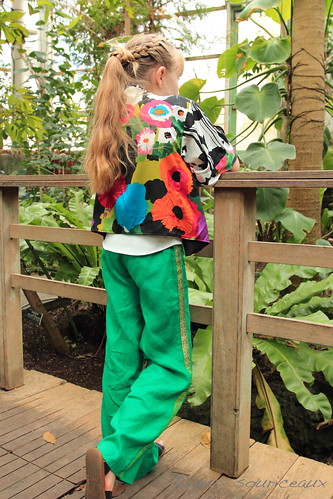 For the bottom, I had to make green linen pants. Linen was commonly used back then and it’s so comfortable in the heat! I used the pant block from Pattern Making for Kids’ Clothes and modified to make those wide legged linen trousers I love so much in the warmer months. I made them with a flat front and elastic back. Seams are flat felled, except for the outer leg. There, I just sewed with wrong sides together and covered the seam allowances with green and gold ribbon. I originally wanted a greek key pattern but this one felt more fitting for Babylon. I embroidered some tropical leaves on the pants, three at the upper left leg and one at the lower right leg. The smaller the leaf, the lighter the thread I used. 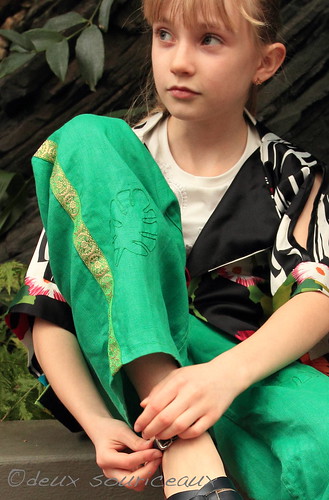 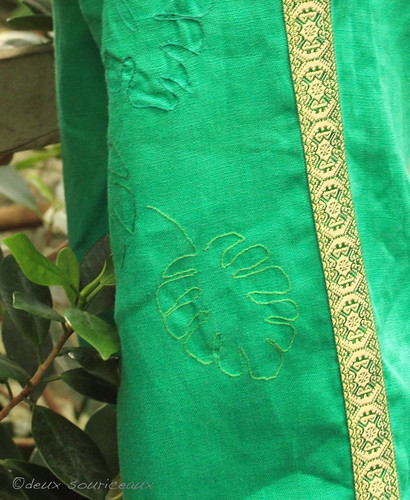 And now, what did E think of it all? She’s in love with the cardigan and can’t wait to wear it to school (I thank my lucky stars that I prewashed the silk in the machine). The tank top will definitely get some wear too. She’s telling me the linen is a little itchy but I fully expect it to soften up in the wash. I’ve told her to trust me on this one and that she will grow to love this style… 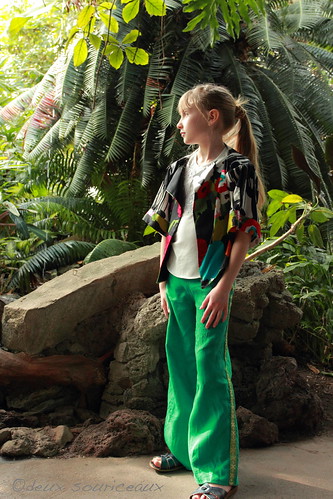 PS: Pictures were taken at the Brooklyn Botanical Garden. 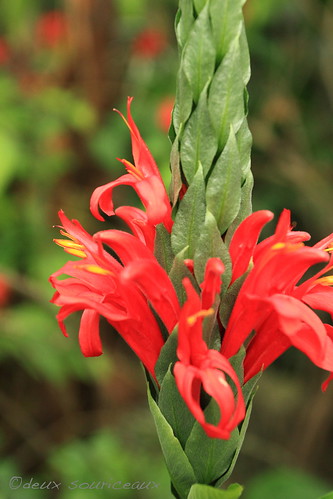 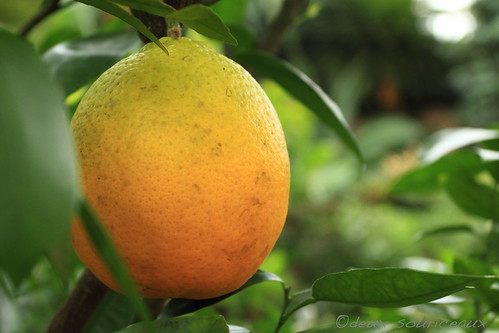