Way back in February, I knit some Winter stuff for the girls. I never got around to taking modeled pictures because we had a lice issue and I didn’t want the bugs on brand new hats. The yarn had had enough of bugs (it got attacked by moths; I got it cleaned but I ended up with a lot of smaller balls of yarn). Oh, and I wanted to sew some furry pompoms on. And then, there was Project Run & Play and I forgot. The girls are off this week so we did a very quick shoot. Not the best quality because I didn’t feel like making a huge production of it.

First up were fingerless mitts. E had been wanting Kaerlig mitts ever since she saw the ones I made for my sister. Hers are the kid size. And the yarn was bought in Halifax in 2008. It’s Lucy Neatby Cat’s Pajamas in the Seashell colorway. It’s shades of brown/tan with a bit of pink and blue. It’s so pretty and just the right colors for E. And I’m happy with how the colors placed themselves on the mitts. 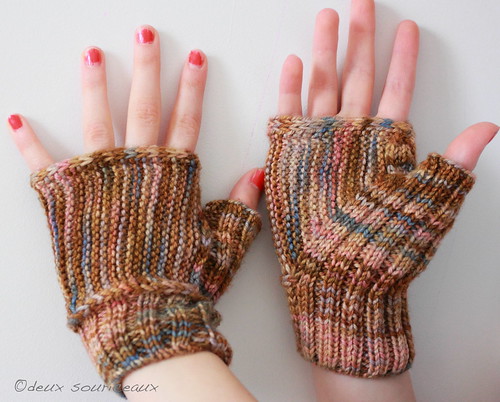 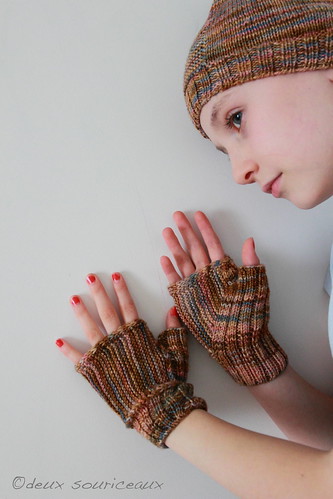 Then, I wanted a matching hat. Ysolda Teague doesn’t make anything like that but I found Barley Light by Tin Can Knits. It has a garter stitch section in front, stockinette, and ribbing. I switched from 1×1 to 2×2 ribbing to match the mitts and made an adult small. What can I say, she has a big head! I used a tubular cast on to match the mitts and I shouldn’t have. The cast on doesn’t have quite enough stretch so she can only wear her hat if her hair is down or in a braid. But she does like it. 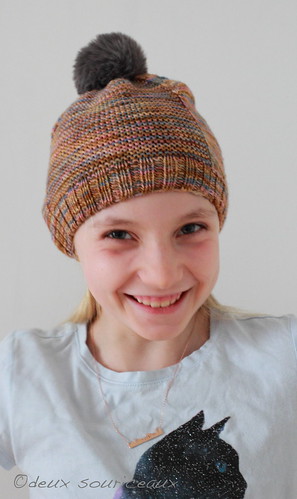 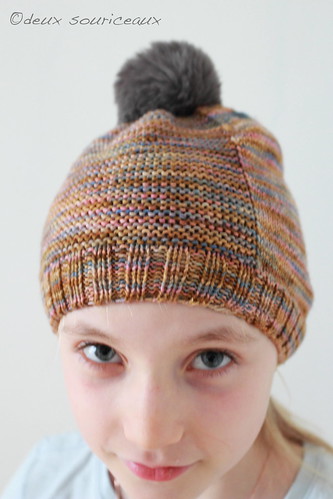 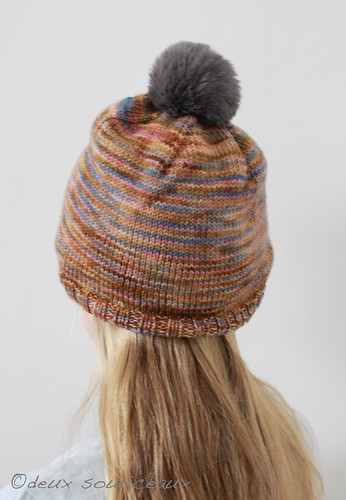 Finally, I wanted to make a hat for V. I found the Splat Hat pattern and I fell in love with it right away. I didn’t check the gauge information before leaving. It said to use the same needles as the ones I was using for Barley Light and my yarn (Socks That Rock mediumweight and lightweight) was the same size as the one in the pattern. Yeah, well, when I did check the gauge, I saw it was meant to be way looser. So I just made a larger size to fit V. I made a large though I think a medium would have been enough. Oh, she also didn’t want a slouchy hat so I made the crown shorter than called for. The pattern has you work the garter stitch portion flat before joining in the round for the crown. And then, apparently, you have to work from two ends of yarn? I don’t know. I just decided I wasn’t seaming and worked the whole thing in the round. Yes, there’s a jog where I switched from knit to purl every row but whatever. I would have had a seam there anyway. I wanted to make a purple pompom for this hat but V really wanted a furry one so she got black. 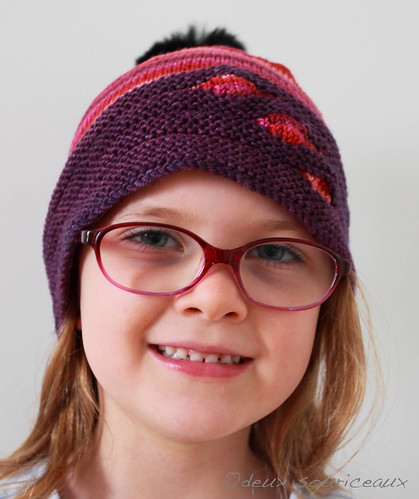 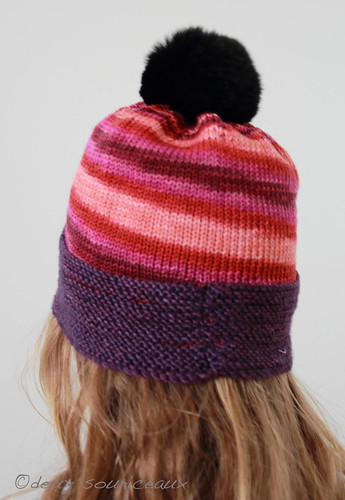 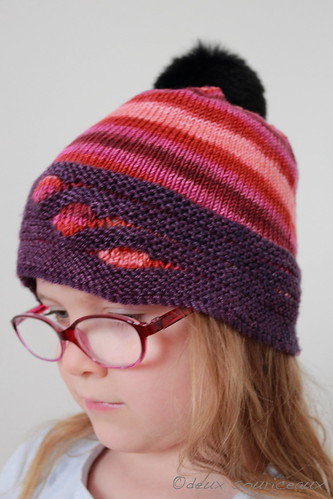 I dis have plans to make her matching mittens as well as Kaerlig mitts. And the Splat Cowl. I didn’t have time. But hey, I have all Spring and Summer to prepare for Fall and Winter now! And they’ll be fine if we get another April snow… 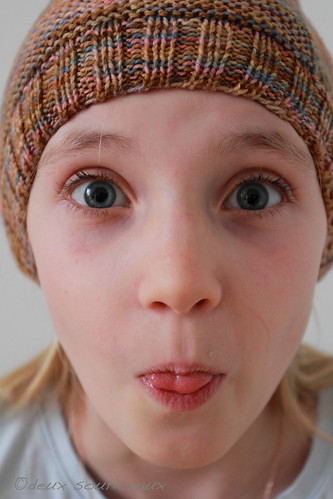 4 comments on “Catching Up”