As I was editing these pictures, I realized I look to my left a lot. It isn’t even a “good side” thing. It just happens that way. If there’s sunlight, I turn my face to it as if I was a sunflower. If there’s a view, I look at it. It looks like the good stuff is always on my left…

I want to say I bough this fabric a year ago but I’m not sure. I do know it’s Saint James ponte from Mood. When I saw they had it, I pounced and bought 3 yards of two colorways: white background with navy stripes and navy background with white stripes. I knew right away one of them would become a simple short sleeved straight dress. It took me a long time to find the right pattern. I wanted something very simple with a straight hem. I ended up with McCall’s 6886. I did view A but with the scoop neck from views C and D. 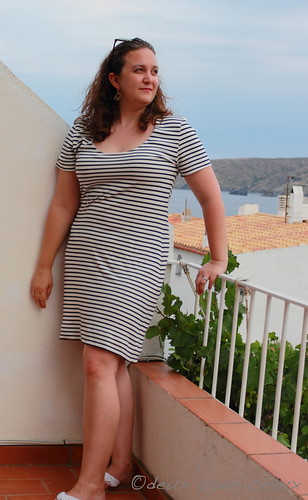 The pattern is super simple and my fabric was a dream to work with. And I totally forgot to take notes, which is super annoying given that I might make this dress again. I can see I traced the size that would give me no ease at the bust but I also remember I took the dress in quite a bit. I think I said I could just go down a size next time… I also know I did 3/8″ forward shoulder adjustment. I’ve made up enough McCall’s patterns now that I always know I’ll need that one. I think I also shortened the dress. Maybe 3″? I just pinned it up at the length I wanted. With a stripe and a straight hem, eyeballing the hem is so easy. Just press along the stripe of your choice. 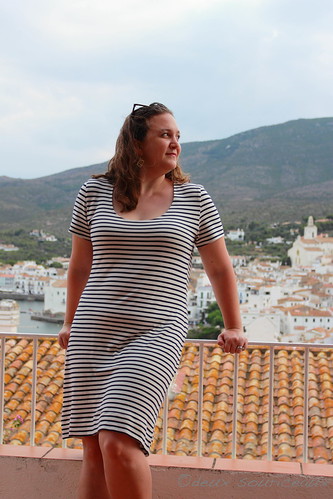 My stripe matching is pretty good but it was absolutely perfect before I took the sides in. 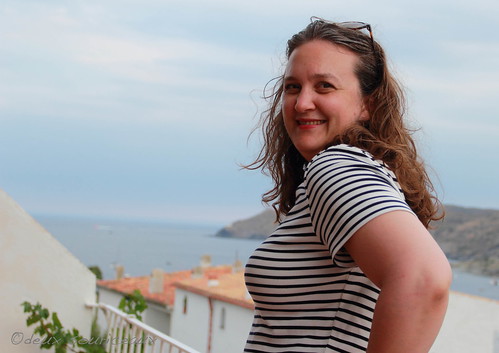 One issue I have is with the scoop neck. It isn’t too low for my tastes and technically, the width is fine. But my bra tends to show if I move around or if I have a shoulder bag. I didn’t notice until I wore the dress out because everything is hidden when you’re just wearing it for trying on purposes. I can either use tape to keep the bra from showing or I can go get a new one in a different shape. 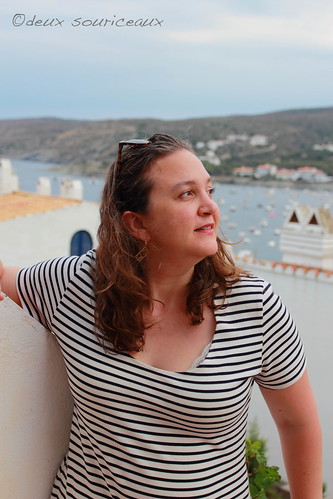 I also probably need some sort of sway back adjustment but I didn’t want to risk messing with the stripes. Besides, this is supposed to be an easy Summer dress, the kind you throw on and forget about, not something super fitted. 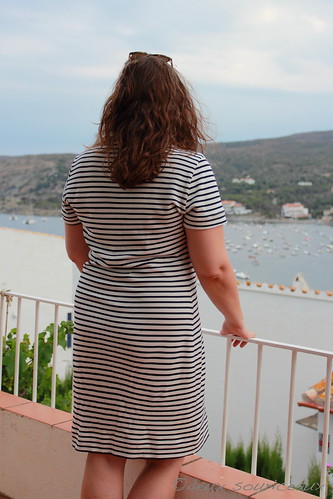 Now, I have to figure out what to make with the other stripe. And I think I still have a yard of this one left. Hopefully enough for a hoodie for E. She really wants a hoodie… 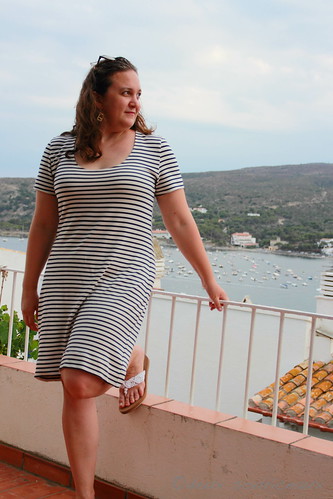 2 comments on “Working Through Precious Fabric 2”