When skating school starts, I usually get some time on my own while M takes the girls. These past two Saturdays though, I was on duty. The first one was because of a race both E and M were running. This one was because M was running a race, the last one he needed to do to have automatic entry into next year’s marathon. I took my camera with me. If I’m going to have an hour to wait around, I may as well be productive, right?

Classes are at the LeFrak Center in Prospect Park. There are two rinks. The classes are held on the covered rink (hockey sized) and the uncovered one has free skate time. E has her class first and V goes to skate around on the free rink and then they switch. I tried to get decent pictures of them on the “outside” rink. It’s difficult because of the other skaters. 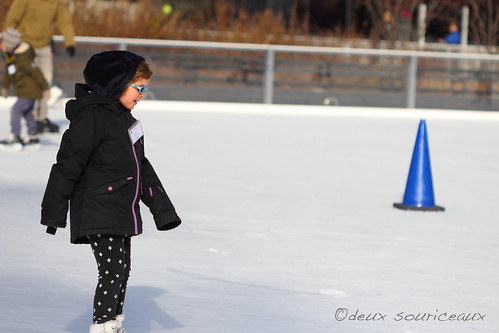 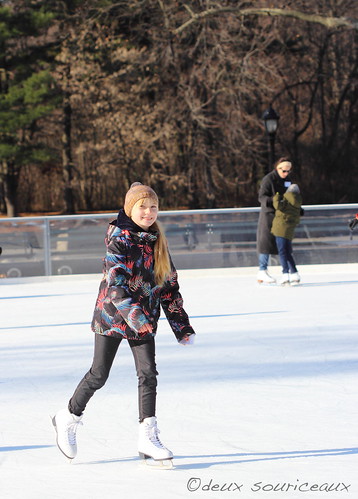 Since I had my macro lens on, I went up to the roof and tried to get pictures from there. Amazingly, I managed to get one of E on the free rink that makes it look like she’s alone! The one of V is during her class. 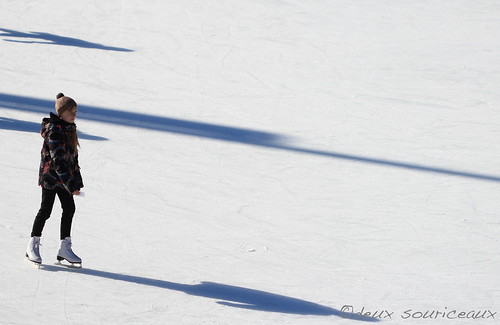 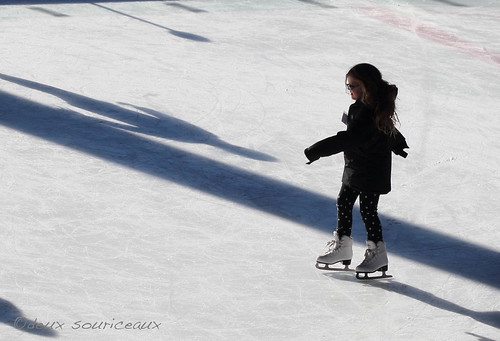 I got bored with skating pictures. It’s not like the girls do any fancy tricks. E was practicing her bunny hops and V was just skating around. She’s getting smoother and faster at least. So I walked around a bit. Found a bird, just some ordinary city bird I think (I know, I’m such an expert bird watcher!) It was posing on a branch and let me snap quite a few pictures before getting bored and flying away. 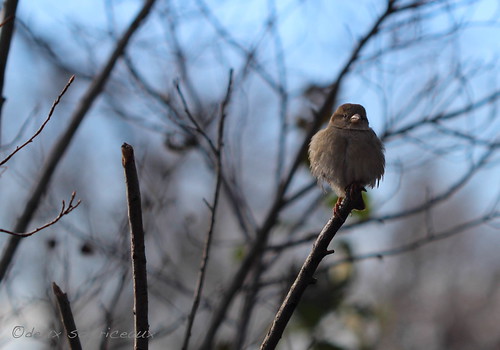 There was ice on the lake. I was surprised though I shouldn’t have been. It’s been cold at night so it stands to reason that there would be a thin layer of ice in the morning… Anyway, I’m always happy to see ice. It has such interesting textures and structures and it reflects light so beautifully. 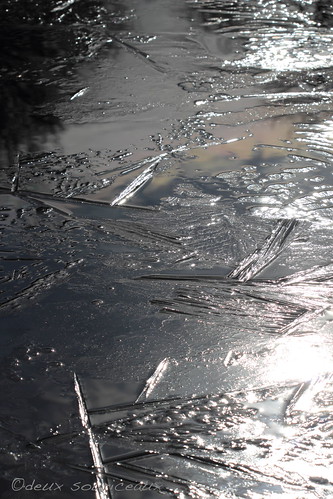 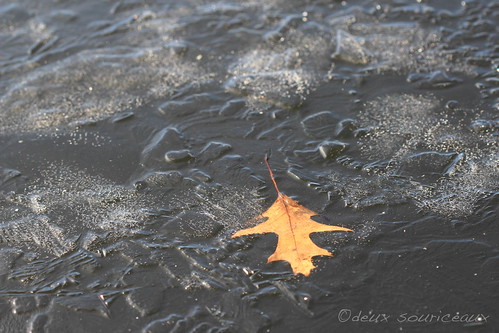 I walked a little further, hoping to find more ice but I was interrupted by the arrival of a huge bird. I’m going to say it’s a red-tailed hawk. How would an expert such as me know? Because V told me. She went to Prospect Park a lot in kindergarten and she learned about them from a ranger. I remember walking with her and getting all excited when I saw this big bird of prey in the city. And the child was all blasé and “oh, it’s just another red-tailed hawk”. She has no concept of how awesome it is to see such wildlife in a big city. 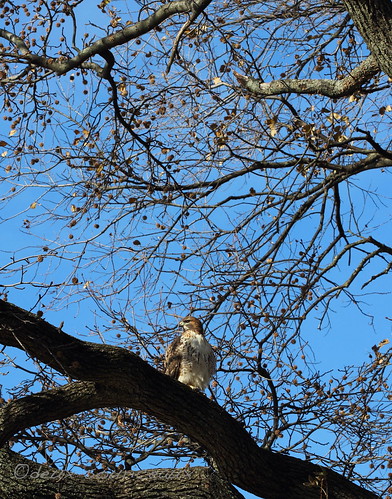 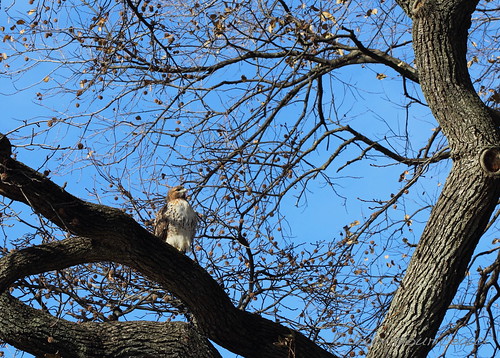 I was excited to see a hawk again so I took pictured. Kinds wish I’d had my telephoto lens. It’s not as good quality as this one but it goes all the way to 250mm whereas this one is stuck at 100mm. I’ll just be thankful I wasn’t using the wide angle zoom. 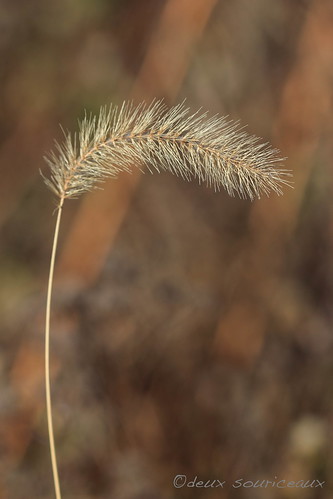 Hopefully, next week, I get to have quiet time during skating class.