These are the shells E picked up at the beach last week. It took me a while to get them right. I had them in the sunlight on a white board but there were shadows. So I moved them to open shade. But then, the pictures turned out blurry. The thing with my macro lens is it seems much more sensitive to camera shake than my other ones. So if I’m not on a tripod, which is usually the case, I need a very fast shutter speed. So I took the shells back into the sunlight and dealt with the shadows. I probably could have gone manual and used my ring flash but I was lazy.

Shadows in the sunlight it is, then.

E picked up half of a mussel. I wondered what she saw in it. We eat mussels every so often. Not much because the girls aren’t crazy about them but we do have them. So those shells aren’t anything special, you know? But she picked one up and when I had it in the light, I saw its beautiful details. 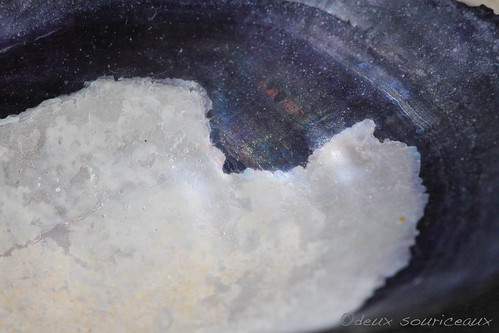 And this ordinary shell started revealing itself under the macro lens. I knew I loved the edge as I was taking the picture but the inside! I only truly saw it when I was editing the pictures. 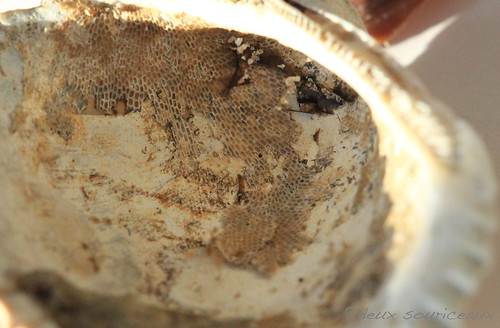 Then, there are the two oyster shell halves, the inside of one and the outside of the other. 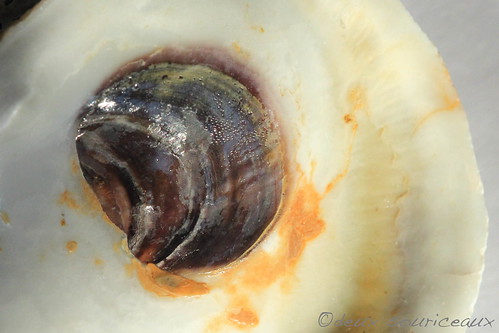 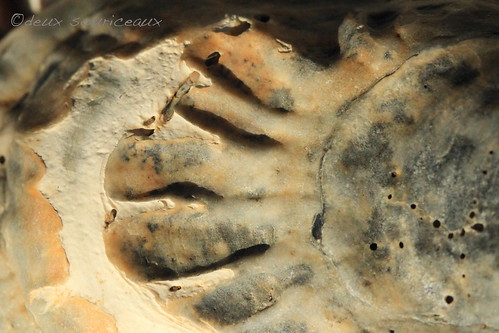 And, finally, my favorite. 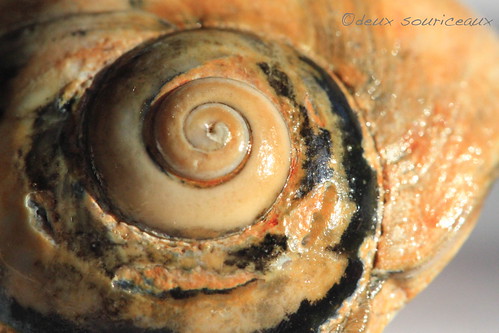 I spent so much time trying to capture the spiral that I forgot to look at the bottom. It only occurred to me to check it out on my third attempt with the shell. And here it is. 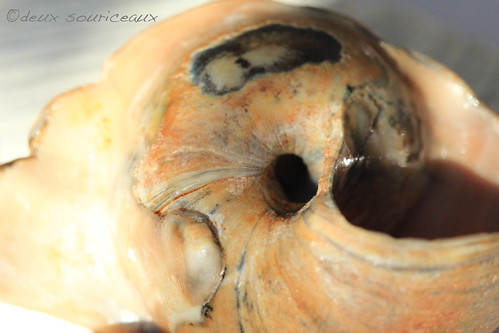 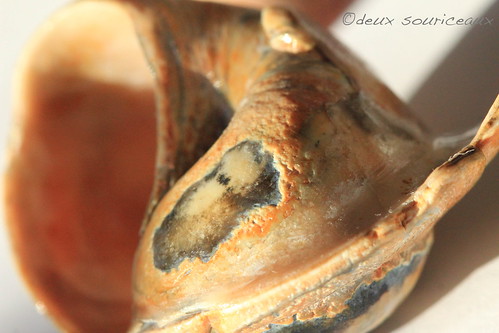 Some of the shells didn’t even make it here. Maybe I’ll go back with the flash…